Coming Home: The experience of expats returning to the South East

While more Irish people are still emigrating rather than returning home, a total of 27,600 Irish nationals made the decision to come back to Ireland between 2016 and 2017. Michelle Heffernan spoke to some of the expats who have returned to the South East to give insight into the ups and downs of leaving and coming home.
Gillian Wedick (back from Dubai)
“Every weekend was like a holiday” says Gillian Wedick, of her sunny days spent in Dubai, with her husband John, and kids Mikey and Oscar.
“It rains only a few times a year there and we took trips to the beach, parks, playgrounds…it catered really well for families with children”.
In 2013 Gillian, who is originally from Hillview, Waterford, moved to the United Arab Emirates, with John and her then three-year-old boys.
The couple embraced the opportunity to emigrate when her husband was offered a three year assignment in the Middle East.
“The move was a great career opportunity for John, and I had never lived abroad before, so it was all new and exciting to me”. Gillian and John met in WIT and had lived in Tramore and Dublin before making the move to Dubai.
“Life was great once we settled,” says Gillian, of their massive change of scenery. “We had a swimming pool and park across the road from the house, a lake with a two-kilometre running/walking track a couple of streets away, local shopping centre, gym, school, coffee shops within walking distance and lots of greenery and palm trees. It was really nice.” 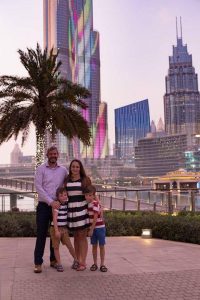 The Wedick family pictured in Dubai.

Gillian was fortunately able to work remotely for her position in Dublin at the beginning of the move and later was hired by flydubai, a low cost Dubai airline. Thankfully the couple could both comfortably cater for their children and work challenging full-time jobs.
“While I worked we had a live-in nanny and housekeeper who took care of our children after school. The kids used to play with our next door neighbours children after school and go to the park, etc. They had a great outdoor life.” she says.
Although Dubai life offered many bonuses to the couple, Gillian and John always missed loved ones, and given some family members had unfortunately become ill, the couple opted to return to Ireland following the conclusion of John’s Middle East placement.
Gillian, John and their boys are now settled near Gorey, County Wexford, in a house the couple had built while living in Dubai.
While they are pleased to be back on home turf, the return home was not without its drawbacks. Although John and Gillian both have 20 years’ experience of driving without claims, their clean records from Dubai are not recognised by Irish insurers and the cost of car insurance has been colossal.
Likewise, Gillian has noted that healthcare is also inferior in Ireland as opposed to Dubai where waiting lists were short and healthcare was high quality.
Gillian believes the Irish Government should ensure no claims records outside the EU are recognised to keep these kinds of costs down for returning expats.
She is also disappointed to find her PRSI history has been wiped since leaving and would like to see returning expats benefit from past PRSI payments since they have already spent years in Ireland paying tax.
Overall, the Wedick family are pleased with their decision and Gillian is happy to now live just an hour from her home town. She recognises returning from abroad is not easy, and would advise anyone considering the move home to consider what is important in their lives and to “be sure you are making the right decision” .
Michelle Murphy (back from Australia)
“I wish we never left Australia”, says Michelle Murphy, who currently lives in Wexford, with her husband and teenage boys.
In 2011, Michelle and her husband Mick made the decision to move to Australia with their sons, both looking for better wages and better family life.
“By the time we actually got our visas the recession was hitting hard” says Michelle on the decision to leave.
“We were very happy when we got the email, the morning it came through was Mick’s last day in work and we had absolutely nothing lined up!”.
The Murphy family were en route to Australia two weeks later and although their visas were for Adelaide, Michelle and Mick were forced to move around the vast country looking for work. Mick works as a bricklayer and they “had to constantly follow the work and the money,” says Michelle, who moved her family to Adelaide, Melbourne, Canberra, Perth and Sydney over the five-year period.
Although her sons settled well into Australian life, the move was by no means plain sailing. Australia is “an expensive country to live in,” Michelle says and the couple had to frequently dip into savings to support their needs. 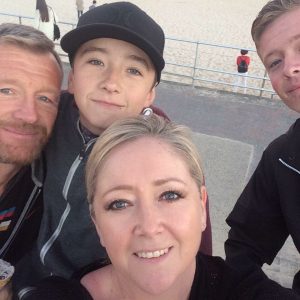 Michelle Murphy and her family. Michelle wishes they'd stay put down under

For example, joining a local soccer club cost €250 for each of her sons, a huge amount compared with the €40 she paid at home for the same activity.
As the couple own their own home in Wexford, and the Irish economy slowly improved, it seemed a natural step for the Murphys to return to Ireland.
While she was initially very happy to be back in the South East, Michelle has unfortunately since expressed regret about their decision.
“We bring in two wages a week here and we still can’t manage,” Michelle says, as she underlined the enormous cost of living here. “We have no mortgage; no big expenses and we are still broke!” Although her husband has not struggled at all to find work back home, the wages don’t compare to those down under and her two boys have had health problems since returning to Wexford “Both boys are on inhalers now for asthma, and were never sick in Australia.”
As with many returning expats car insurance has been a nightmare to navigate, and Michelle has not been able to secure permanent work since returning to Wexford.
Both she and her husband agree that Ireland is more expensive overall than Australia and that the quality of life for hard working families leaves a lot to be desired.
“People on social welfare are better off than people working, says Michelle, “you get more on the dole here, you aren’t encouraged to work.”
The couple feel sometimes as though the Government are “punishing expats for leaving” and would like to see the current government “doing something decent for expats wanting to return”.
For any other expats considering returning home Michelle would underline that the “grass is not always greener on the other side” and to think of “your own family and what’s best for them”. “I know people miss their families, but they won’t or can’t pay your bills” “If you are happy, stay put” she concludes.
Aoife Thomas (back from Canada)
“Coming back is a lot harder than leaving” says Digital Marketing Executive Aoife Thomas, who returned to Wexford last year after a two year stint in Canada.”
It’s easy to resent Ireland and the opportunities (or lack thereof) when you move back” she says. Aoife and her partner Danny left in January 2015 for the small bustling town of Midland, a community of 20,000 on the Great Lakes. Aoife had an aunt and uncle living in Canada, which was a “great advantage” in the couple’s decision to move. 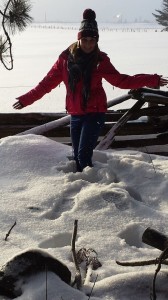 Life in Canada was certainly “desirable” according to the 25-year-old. “We were lucky enough to have really good jobs” she says and “a great advantage was that our taxes went towards free health care and our jobs included benefits like dental care and physiotherapy”.
Unfortunately the couple’s Canadian adventure was brought to a premature end due to a denial of their permanent residency application.
Despite hiring an immigration lawyer and spending upwards of $3,000, Aoife and Danny fell short in their claim process and the return to Wexford came in May 2017.
Typical difficulties faced by returning expats awaited them at home. “I felt like an immigrant in Ireland” Aoife says, describing her experience of setting up shop in the South East again.
“When we got back it was really difficult to get public services cards, driving licences, bank accounts re-set, etc. Everything required utility bills or recent bank statements which we obviously didn’t have.
“We have been living out of the country for two year and that just didn’t seem to register with any institution we dealt with”.

Aoife and her partner Danny.

Moreover, while Canada offered strong incentives for first time house buyers, the couple have not had the same experience in the Irish housing market.
“We’re hoping to become first time buyers in the next 12 months,” said Aoife “but it seems impossible despite our long standing employment and good credit rating both here and in Canada”.
Although the move back was not part of her plan, Aoife remains optimistic about the path ahead. “Our Canadian adventure was the trip of a lifetime but I think that chapter of our life is over and we are comfortable with deciding to settle back in Ireland, even if it wasn’t our first choice.” Wisely she has realised both staying away and coming home have the same drawbacks.
“Of course there are aspects of Canada that I miss…but then again had we stayed in Canada we would be saying the same thing about pieces of home. It’s the compromise you make”.
For anyone considering returning from abroad Aoife would recommend making use of the vast amount of support and advice available online.
She underlined the “great groups” on Facebook dedicated to expats returning home and how “Irish and applying for Permanent Residency” was a fantastic knowledge base for them. Although the grass can seem greener at times in Canada, Aoife still feels confident in saying “I think we made the right decision coming home.”