"Its too hard to come home" says Lisduggan Native

Michelle Heffernan Reports
While some expats have successfully resettled on Irish soil, others feel there are too many obstacles facing them in the journey home.
The Munster Express spoke to Maria Hayes, originally from Lisduggan, Waterford, who feels there is more to be lost than gained at present in returning to Ireland.
“Lack of recognition for overseas work experience, much lower salaries, incredibly high car insurance and income tax are sadly some factors in why I haven’t returned” says Maria, a QA Manager currently working in Sydney. 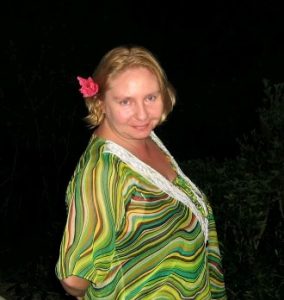 Maria visited Australia on a working holiday visa in 2002, and ended up staying permanently. She cites the Australian weather, lifestyle, salary and job opportunities as some of the major advantages in emigrating to Sydney. While she acknowledges that people “aren’t the same as back home” she has found community with other Irish expats living in the city. “There are a number of Irish pubs and clubs in Sydney and a large Irish community to immerse yourself in for when you feel homesick” says Maria. Indeed so many Irish are now emigrating to the city, Maria has become part of a Deise contingent in Sydney “I imported my friends from Waterford” she says.
Nevertheless “family not being there is a major con” Maria admits, and at time she feels “pulled” because she is so far away from family. But while coming home to loved ones would be joyous, Maria understands that this would be “the easy part” of a move back. “For me personally to relocate myself, and the contents of a three-bedroom house, plus having enough money to buy a car, rent a house and a budget for six months while I look for work I would need in excess of $40,000 (Australian Dollars)”.
Maria believes there is much room for the Irish government to improve the situation for returning Irish expats.
“Lower car insurance, recognition of overseas driving history, less red tape opening bank accounts, and less resentment against those returning” are some of the steps she feels would facilitate a smoother return for those living abroad. For any other expats considering moving back home Maria would advise examining all pros and cons carefully “I know people who moving back to Ireland is the best decision they have made, others not so and have returned to Australia…it all comes down to the person”
For now this Waterford lady has opted to stay put in Sydney. “While I would gain so much moving back” concludes Maria “for now I’ve decided to stay abroad”. We wish her all the best flying the Deise flag down under.