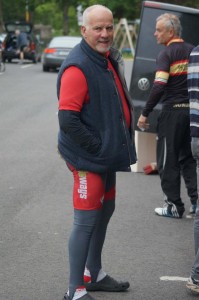 Tosh Lavery, who has a life-long love of cycling.

In 1996, all of 20 years ago, Tosh Lavery was deeply involved in the investigation of the murder of Veronica Guerin, the Sunday Independent journalist who was gunned down in cold blood behind the wheel of her car at Newlands Cross.
“The motor bike was the big factor in that case because it had been stolen prior to the murder,” Tosh recalled.
“It was stolen by two guys to carry out a different job and the people who carried out the killing took a test drive on it and they then decided to use it – but the guys who had originally stolen it had out had put indicators and an ignition switch on it with their own wiring on it and some time later a chap who was fishing on the Liffey found it thrown over a wall and it had been dismantled and all you could see was the frame and the engine.
“Eventually we were called out and I remember the day well because I had won a cycle race earlier in the Phoenix Park and we took the bike out plus nuts and bolts and every piece of wire we could find and about a mile down the river we found the seat, the petrol tank and the two wheels.”
Tosh continued: “A mechanic in Garda headquarters inspected the bike as he had the manual and he came across red tape, yellow tape and wires and he knew straightaway that they were not part of the original bike and he put two and two together and it was discovered that this was the motorbike that was used in the murder of Veronica Guerin.
“From there on it was possible to trace back where it was stolen and things worked on from there. The people responsible were brought in and the squeeze was put on them and they gave information which resulted in about 100 people being questioned before the amount of culprits was reduced to nine. I worked on Veronica’s case for a long time.”
Tosh then spoke about the assassination of Lord Louis Mountbatten in Mullaghmore, County Sligo in 1979 along with others including Lady Brabourne and young Nicholas Knatchbull.
“We brought up every nut, bolt and screw (of the boat). I found a camera and I handed it over and all of the prints were developed. Those photographs of the people leaving the pier earlier that morning are still treasured to this day. That was a very sad case. Any republicans claiming credit for that crime should be ashamed of themselves.
“Lord Mountbatten, having a day out in a tiny little boat with his friends and after fighting in Burma, to lose his life that way. I nearly got sick working on that case and that’s not something that happened to me very often.” ‘
The Whiddy Island disaster in Cork, that same year, is another period of his life that Tosh recalls vividly.
“The Betelgeuse had exploded off Whiddy Island, discharging 114,000 tonnes of oil into the sea off Bantry Bay. The explosion blew men standing on the jetty into the flaming seas and in all 51 lives were lost.
“We walked over the mountains of Whiddy Island and we had this small inflatable boat. We had a bit of rope and sort of do-it-yourself wetsuits and masks that were barely suitable for a local swimming pool and yet we had to dive down into the oil and I thought at the time that we were either mad or stupid.
“It was with trepidation that we went diving but it had to be done with 51 people down there someplace. One day I hit the bottom and I knew I had hit something and then realised I had found a body. I was delighted in one way because I had found the loved one of a family who could now bury that man and bring some sort of closure to their grief.
“Over the following weeks I found a further two bodies so I suppose that’s something I am proud of.”
Donegal is another part of the country that is close to Tosh’s heart because that county has had many fishing disasters down through the years and he goes back there on a regular basis to keep tabs on the families who have suffered heartache due to the cruel sea.
“My first job there was the ‘Evelyn Marie’ and then there was the ‘Carraig Una’ where five men died. It was a little port and all of the families knew each other. All of the children grew up without knowing their fathers. I discovered the body of Ted Carbery but unfortunately we did not find the other four” Tosh said with a sense of sadness.
He continued: “I was with my grandson the other the day and he has two little red shoes on the mantle piece and it reminded me of the day I found my first baby in Mayo. She was 17 months old. A woman drowned herself and her three children, and we went in from the sea through a cave and we swam through and the first thing I saw was two little red shows which belonged to the little baby. I can never forget that day.”
As mentioned last week, Tosh is now deeply involved in helping families try and trace people who have been missing for many years and he spoke about Imelda Keenan who went missing in Waterford in 1994. 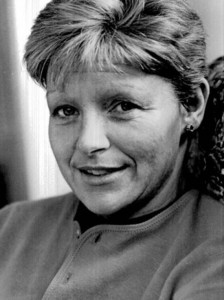 Tosh was involved in the investigation of the murder of journalist Veronica Guerin in 1996.

“Whenever I pass the memorial plaque down near William Street, I think someone in that area knows something about Imelda. I’ve no doubt whatsoever about that. It’s the same story with Philip Cairns who went missing in Dublin in 1986 and also with Mary Boyle who disappeared in 1977.
“I have spoken with the families and they’ll tell you that they go to bed with a pain in their stomachs and wake up with a pain in their stomachs . It’s dreadfully sad.”
Tosh, who now lives in Dublin with his partner and two sons, cycles four days a week. Some days he’ll cycle 50 miles and on other days he’ll reach 100 miles.
“I’m Chairperson of ‘Searching for the Missing in Ireland and International’ and last week I returned to Whiddy Island for the first time in 37 years and it was an emotional experience. I met some of the relatives of the people who perished. I do return to places where I worked but I have to say coming back to Waterford is very special for me.
“The family home is still in Pearse Park which is wonderful and that’s what our parents would have wanted.”