A must-win opener for Whelan's men

National Football League Division Four
Waterford V Wicklow
(Fraher Field, Saturday, 7pm)
Benji Whelan’s Waterford Senior Football team have their first outing in this year’s National Football League on Saturday evening next when they welcome John Evans’s Wicklow side to Fraher Field.
Under new management for 2019, there’s a new look to the Waterford set up this year with the usual mix of youth and experience within the panel. Waterford have already had one competitive outing so far this year, that coming in the McGrath Cup semi-final when Waterford went down by 1-17 to 1-6 to Clare at the Gold Coast Ground recently, a defeat which did not show up Waterford in any way as the Banner County are competing two divisions above Waterford in this year’s league. 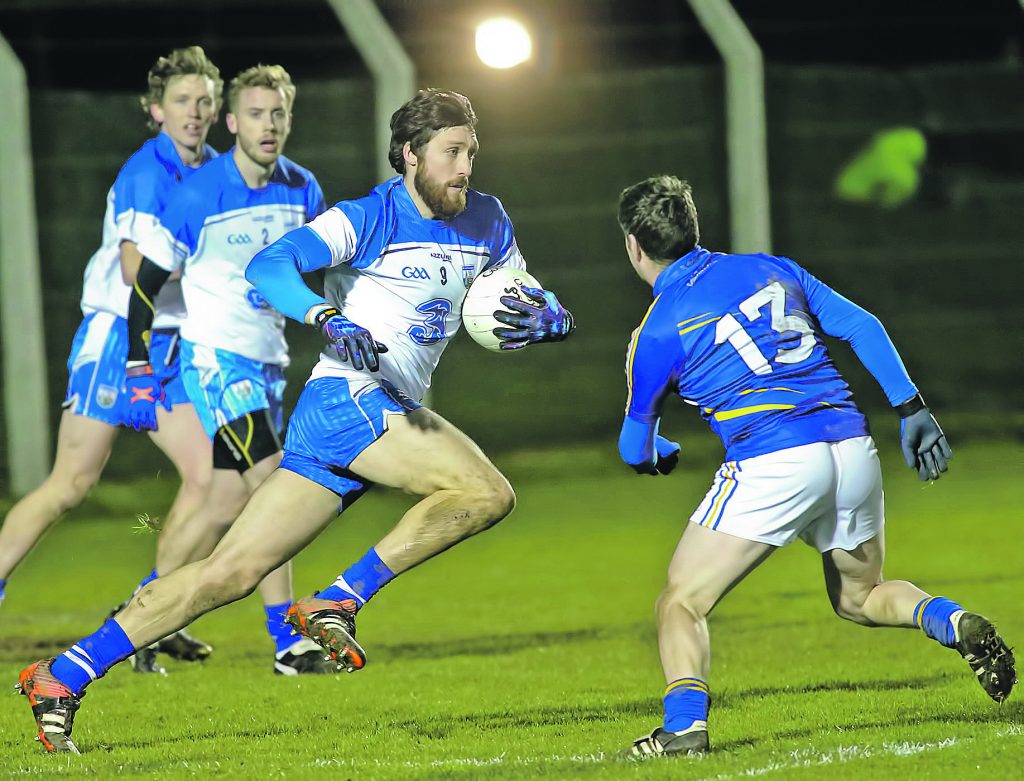 In that game the Kilmacthomas clubman handed no fewer than seven players their first competitive outing playing with Waterford, the Ballinacourty pairing of Aaron Beresford and Sean Whelan Barren, Clashmore’s Brian Lynch, Rathgormack’s Stephen Curry all started while Sean O’Donovan, Kilmacthomas’ Jay Hurton and Donie Fitzgerald from Kilrossanty all came on during the course of the game.
Like Waterford, Wicklow have a new look to their side this year. John McGrath and Ciaran Hyland who have soldiered for the county in the last number of years have retired from the inter county scene this year, and reports coming out of the Garden County suggests that others could soon follow. The visitors will be slightly ahead of Waterford when it comes to competitive match practise this Saturday evening, having played two games in the O’Byrne Cup which is played was played as a round robin competition between nine counties in there groups, one of four and two of three, with the three group winners and Dublin qualifying for the semi finals, but Wicklow lost both games they played, first a 1-7 to 1-6 loss to Longford and then a 1-17 to 1-9 loss to Louth.
While they visitors will be a different outfit to what Waterford have played against in recent years, they will have some familiar names in their set up including Goalkeeper Robert Lambert, Jamie Snell, Dean Healy, Rory Finn, Anto McLoughlin and Mark Kenny. In addition to those already mentioned, Waterford this year will be able to call on the likes of Tommy Prendergast, Ray Ó Ceallaigh, Michael Kiely, Aidan Trihy, Brian Looby, James McGrath, Dylan Guiry, Michael and Jason Curry, Conor Murray as well as Shane Ahearne and Jack Mullaney.
In recent years battles between Waterford and Wicklow have proven to be tight affairs, with victory often going to the home side.
Waterford this year have a clear ambition to get out of Division Four and to compete in Division three of the league for a few years against stronger sides which will help football in Waterford. Benji Whelan’s side will know that with Derry relegated and the clearest of favourites to get out of this division that the battle between the other seven sides will be hot and heavy. If Waterford are to get out of Division Four and set up a Croke Park date in the Spring it is imperative that Waterford begin with a win. Can this happen? Absolutely.