A Tale of Two Matches

All-Ireland Intermediate Camogie Club Final
On March 3rd 2019 there was heartbreak and tears for Gailltír after they suffered a one-point defeat to Down champions Clonduff in the All-Ireland Intermediate camogie final at Croke Park.Clonduff had experienced team captain Paula O’Hagan to the fore. She hit six of her side’s scores, all from placed balls, while the Carr sisters, daughters of former Down star Ross Carr, shared the remainder of their sides total.
The Down champions got off to a fantastic start in that game and raced into a five-point lead with only eleven minutes on the clock. Gailltir however came roaring back over the next twenty minutes and at the break they were only two behind and were a little unlucky not to have led after Aine Lyng missed a penalty. Gailltír more than matched Clonduff in the second half but were always playing catch-up after the first 11 minutes. 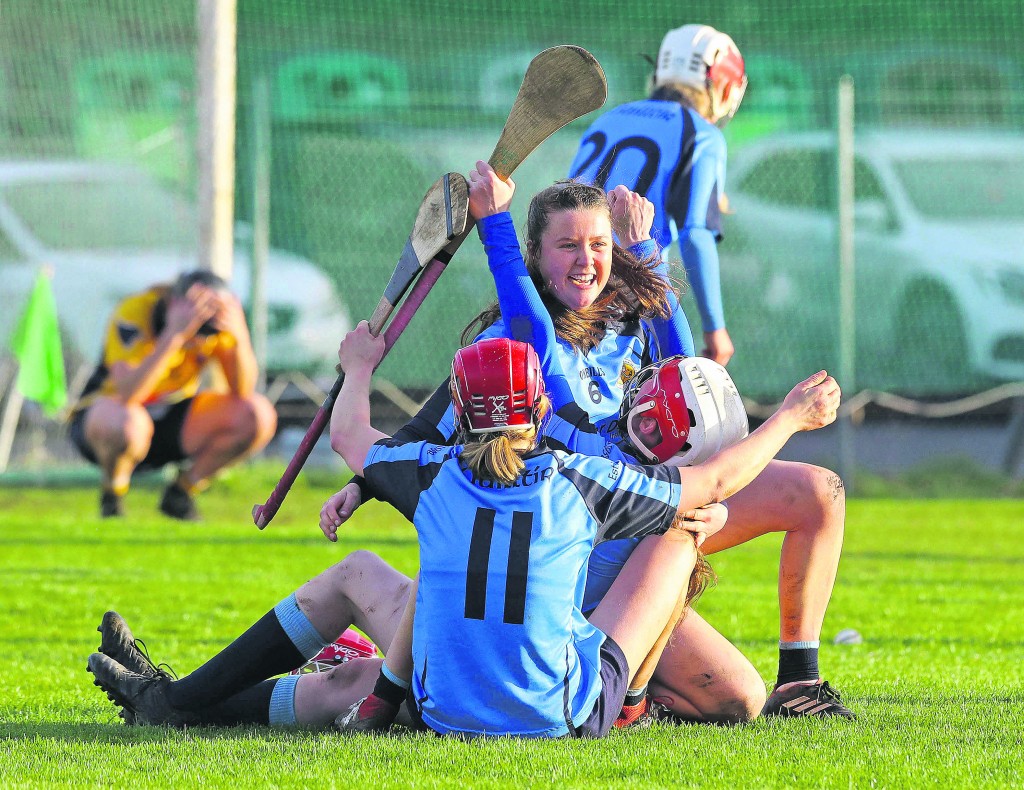 Fast forward to January 26th last when Gailltír avenged last year’s agonising defeat to Clonduff in the best possible way when they rather easily accounted for the Down champions at the semi-final stage of this year’s championship in Clane, Co Kildare on a scoreline of Gailltír 2-13 Clonduff 0-11.
Clonduff relied heavily once again on Paula O’Hagan and while she was responsible for 10 of her side’s 11 points, six Gailltír players got on the scoresheet. Annie Fitzgerald was in superb form with a goal and five points. Anne Corcoran chipped in with a goal of her own and added two points while Aoife Fitzgerald contributed three points.
Aine Lyng, Trish Jackman and Emer Walsh all got on the scoresheet with a point apiece.
Although the teams went in tied at the break 1-4 to 0-07, Gailltír were superb in a second half where they scored 1-9 while holding Clonduff to just four points. What a turnaround from the dejection and disappointment of defeat in Croke Park the previous March.
Buoyed by that fantastic win over last year’s champions Gailltír now return to Croke Park for next Sunday’s All-Ireland final where they face Offaly champions Saint Rynagh’s, the side that Sky Blues beat in last year’s semi-final.