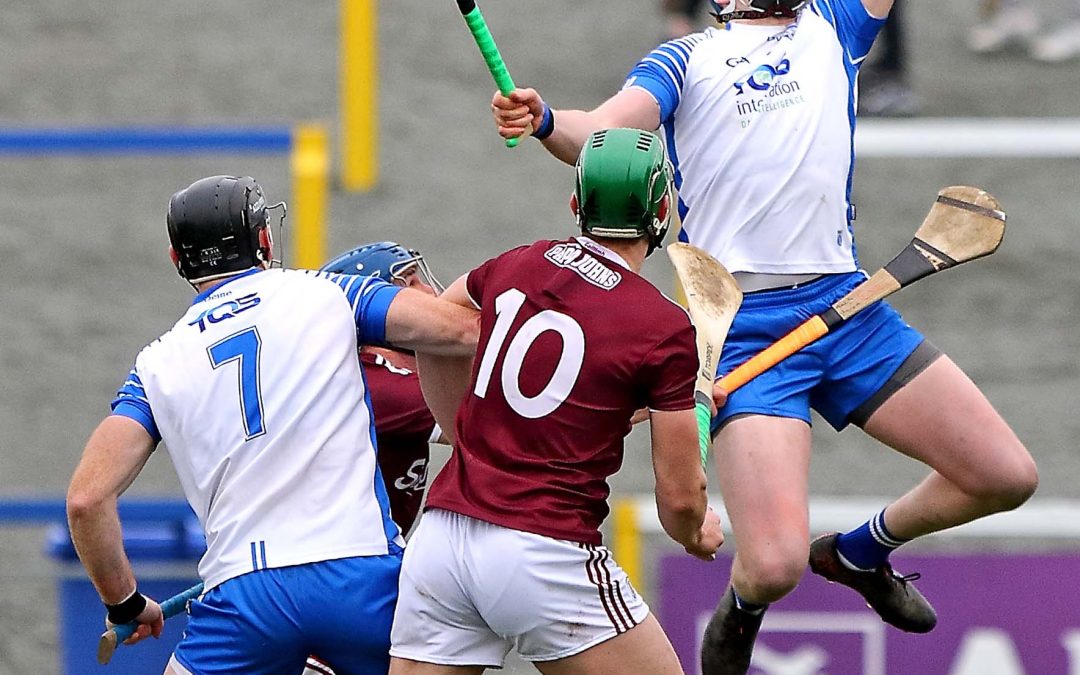 Waterford 0-17
Galway 0-16
Brian Flannery Rerpots
Waterford’s perfect start in Division 1A of the Allianz National Hurling League continued last Sunday with a gritty single point victory over Galway at Walsh Park.This third win in a row sees Waterford sharing top position in the league with Limerick on six points with two games to be played. This latest triumph and other favourable results means that Liam Cahill’s charges are now well placed to qualify for the knock-out stages of the league.
Peter Hogan was the hero here hitting a late winner just before the end of normal time following four points on the bounce from the visitors which levelled the game with time running out.Liam Cahill welcomed back the experienced Austin Gleeson, Jamie Barron, Kevin Moran and captain Pauric Mahony for their first start in this seasons league while Galway’s talisman Joe Canning was a late withdrawal with Brian Conconnon coming into to start on the forty.Waterford had the benefit of the breeze blowing into the town end in the opening half and was quick off the mark with Patrick Curran pilfering a short puck-out before pointing from wide out.
A Billy Nolan puck-out, wind assisted, went direct to Stephen Bennett who split the posts to put the home side 0-2 to nil ahead with 6 minutes on the clock.
Waterford played with just Patrick Curran and Stephen Bennett in the full-forward line as Jack Prendergast roamed further out the field to create an extra defender as the occasion arose.
While Austin Gleeson began the game at centre-field after the opening quarter he was switched to centre-back in a direct swap with Conor Gleeson.
The Mount Sion man was commanding in the centre with Calum Lyons and Kevin Moran completing an impressive half-back line which time and time again thwarted the Tribesmen. Captain Mahony too looked comfortable in the middle linking play from defence to attack with Jack Fagan and Neil Montgomery in particular winning a lot possession in a crowded middle third. Jack Fagan, the former Meath hurler, registered two opening half points to add further gloss to an already influential performance.
The first of these was as a result of another pin-point delivery from his goalkeeper with Fagan first catching and in then in the same motion pointing from under the stand from 40m.
Conor Whelan and Brian Concannon also worked the umpires with a pair of white flaggers each as the sides were level on seven different occasion in the opening 35 minutes.
The best goal chance fell to Stephen Bennett on 23 minutes when the Ballysaggart man grabbed the sliotár direct from another booming puck-out but his low shot on the turn was well saved by James Skehill. Waterford did however finish the half stronger with late points from Calum Lyons, Kevin Moran and Pauric Mahony (2) sending the Déise to the dressing rooms leading 0-11 to 0-8. Galway by games end would certainly rue their first half wide tally of nine. 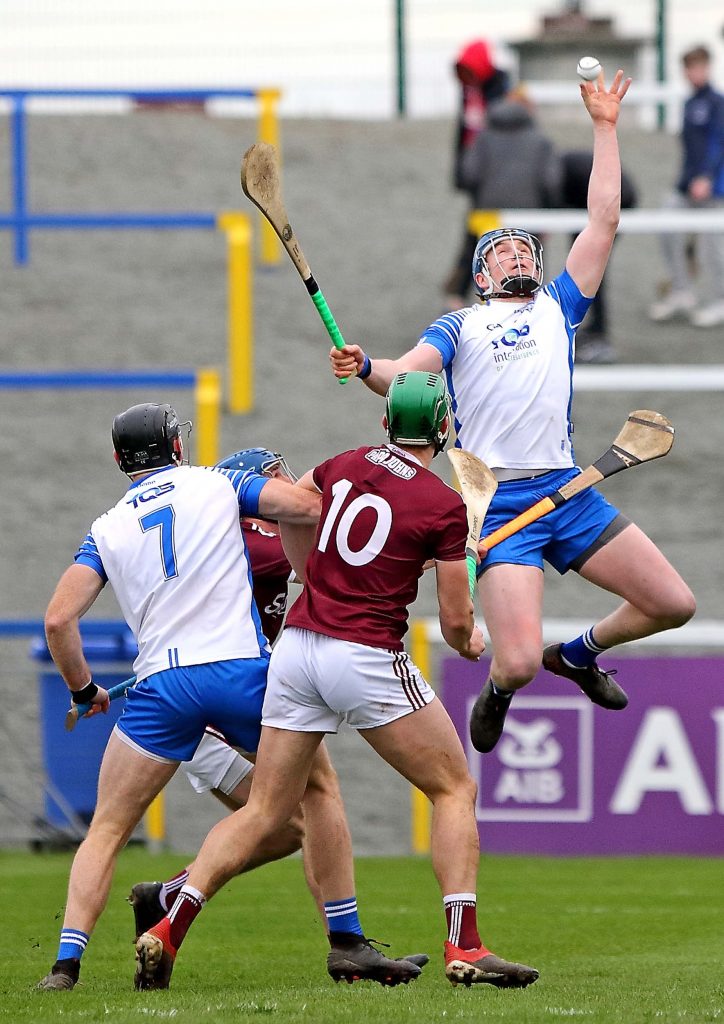 Peter Hogan replaced Patrick Curran at half-time but it was points from Tadhg Haran (f) and Cathal Mannion which reduced the home teams’ margin to the minimum. Waterford responded superbly to the challenge with Jamie Barron and Mahony (2) again replying with three points on the bounce to swell the margin to five points 0-15 to 0-10 after 49 minutes. Conor Whelan now operating in the half-forward line showed great touch to shoot two points in as many minutes to reduce the margin to a goal. Pauric Mahony who was six from eight for the afternoon on placed balls converted an important free after 55 minutes to nudge Waterford four points clear, 0-16 to 0-12 with 15 minutes to play. Galway battled back with Cathal Mannion now at centre-forward influential and hitting two in a row and when substitute Evan Niland also landed two difficult frees the sides were level 0-16 apiece with 68 minutes on the clock.
There was enough time for Peter Hogan to hit the winner in front of an official attendance of 3,652 to being the home crowd to their feet. A late Jason Flynn effort hit the post and corner-back Sean Loftus also missed left and wide with the final puck of the game before referee James Owens called a halt to proceedings. Waterford face All-Ireland champions Tipperary this Sunday March 1st at 2pm in Semple Stadium.