National Football League Division Four
Waterford 2-12
Sligo 0-16
You write off Waterford Footballers at your pearl. How many times have we seen it that when nobody gives them a chance they manage to pull off a win and often when and where least expected?Benji Whelan’s side made the long trip to Markievicz Park for a Saturday afternoon fixture last weekend to play a Sligo side that had won two of their three opening fixtures and were looking to get back to winning ways after a re-arranged fixture away to Wicklow the previous Sunday in Aughrim. 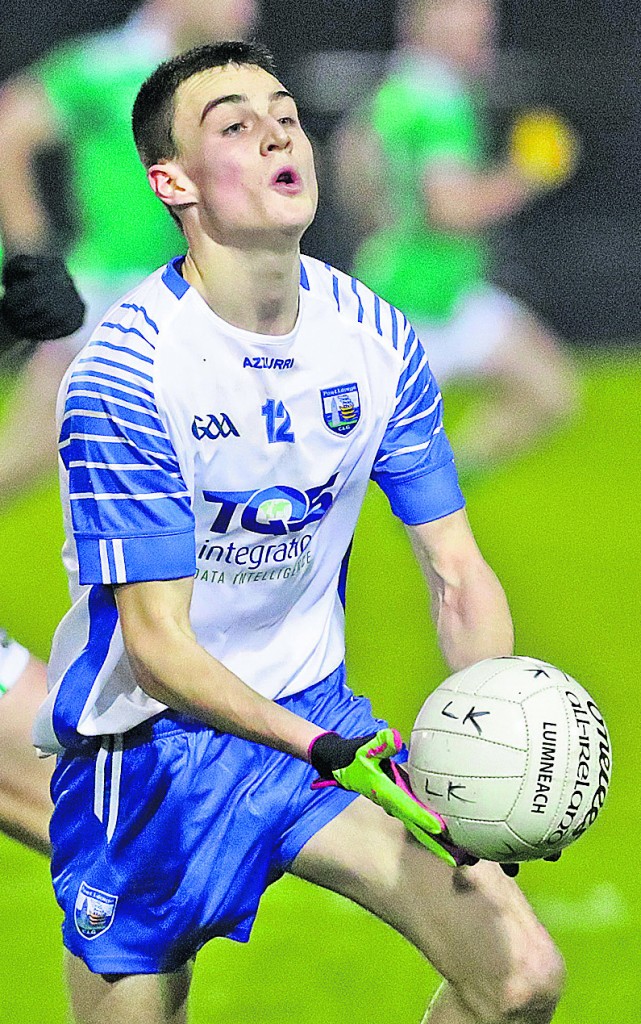 Stephen Curry was one of Waterford’s scorers against Sligo

With no points collected from their opening three fixtures things early on were not looking good for Waterford as Barry Gorman opened the scoring for Sligo inside the opening sixty seconds. Waterford had to wait till the ninth minute before they equalised when Jason Curry put over from a free. Red Óg Murphy and Liam Gaughan followed up with scores for Sligo before Stephen Curry made it a one point game with 17 minutes played.
Sligo went three up with points from Sean Carribine and Paul Kilcloyne on 21 minutes. Robbie Flynn pulled a point back for Waterford but points from Cian Lally and Barry Gorman with his second of the game put the home side four up for the first time in this game.
Jason Gleeson halved the home side’s advantage when he put over a brace of points in a two minute spell and Conor Murray landed one to leave just one between the sides with the 35 minutes almost up.
Sligo finished the half stronger and went in at the break with a 0-9 to 0-6 lead after Liam Gaughan and Paddy O’Connor landed scores in stoppage time.Scores were hard won in the third quarter with the first score of the second half not coming until the ninth minute when Liam Gaughan split the Waterford uprights. Darragh Corcoran and Barry Gorman swapped points before Sean Donovan netted on 50 minutes to leave Benji Whelan’s side behind by just one (0-11 to 1-7).
Points from Liam Gaughan and Pat Hughes in the 55 and 57 minutes were cancelled out with a brace of Jason Curry frees by the hour mark leaving just a single score between the sides once more. Cian Breheny put Sligo two up on 62 minutes but just seconds later they saw their numbers cut when John Francis Carr was sent off after he collected his second yellow of the game. Waterford took the lead for the first time moments later when Dylan Guiry netted a second Waterford goal on 64 minutes putting his side 2-9 to 0-14 in front.
Substitute Darragh Cummins drew the side’s level with five minutes remaining. Jason Curry edged Waterford back in front when he put over a free but his effort was cancelled out by Liam Gaughan, his sixth of the game with two minutes remaining. Waterford however finished the happier of the two sides as in stoppage time Saint Saviour’s Darragh Corcoran stuck a brace of scores which secured the win for Waterford.