Al Boum Photo is likely to begin his season at Tramore on New Year’s Day for the fourth successive year after missing last weekend’s engagements.

The dual Cheltenham Gold Cup winner was entered in the Unibet Many Clouds Chase at Aintree and in the John Durkan Chase, won by stablemate Allaho, at Punchestown but was not declared to run in either race.

Willie Mullins said that he wanted to start him off earlier this season, as he will be turning 10 in a few weeks.

Although Al Boum is now likely to make his seasonal re-appearance at Tramore, Mullins is keen to  give him a run between then and Cheltenham. 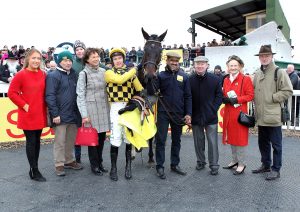 “He’s in great form. I could have declared him for Punchestown, but we have a lot of runners there.

He’s ready to run, but I just thought going across to Aintree over three-mile-one against race-fit horses first time out was probably too much.

“I’m very happy with him at home and he worked well this morning.”

Paul Townend was on board for Al Boum Photo’s two Gold Cup wins but has been out of action since September with a dislocated shoulder.

However the champion jockey is close to a return to riding.

Mullins said: “He’s back riding work, but I just felt we might wait another week or maybe start off at a midweek meeting, something like that. He’s nearly there. He’s riding work again but I felt, and he probably felt, there’s no point coming back unless he’s 100 per cent.” 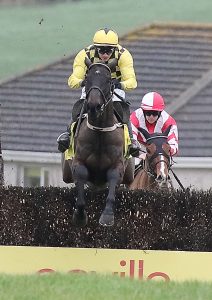