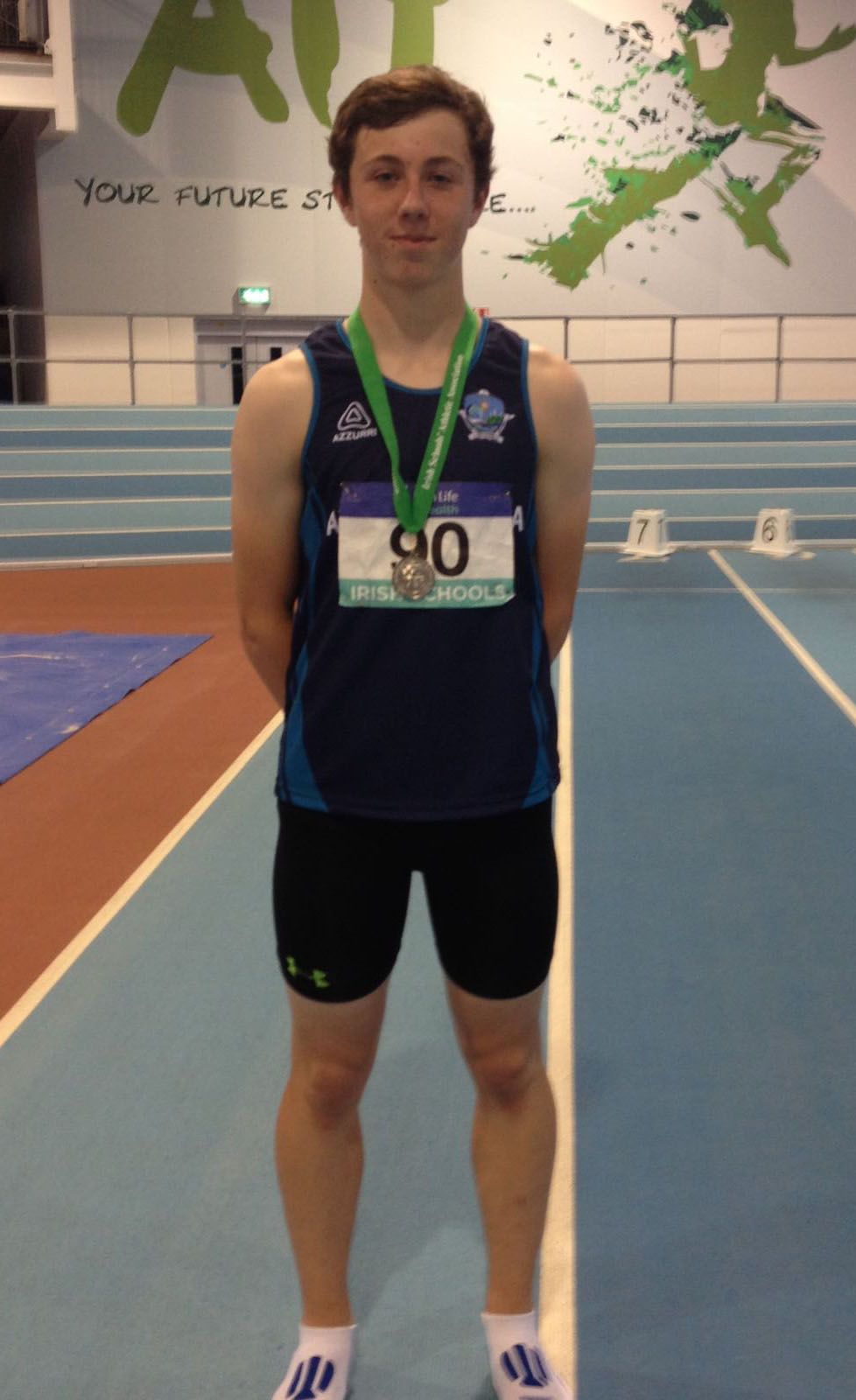 Shane Monagle of Ardscoil Na Mara, Tramore capped a very successful year with a fantastic result at the national schools combined events indoor finals in Athlone.
The Tramore student claimed silver overall after the five events (60m hurdles, long jump, 200m, 800m and shot putt), and secured himself a place on the international schools team.
Shane also had national success for the school in June by winning a silver medal in the 100m hurdles, along with bronze in 4 x 100m relay at the finals of the Tailteann Games in Santry, again securing a place on the national team.
He also won gold in the indoor Munster 60m hurdles and gold in 4 x 200m relay in Nenagh. On his home turf, he won gold at the schools Munster Outdoor Hurdle Final in May.
On the indoor circuit Shane got the year of to a great start by winning the national final in both the 60m hurdles and the long jump in Athlone in March. Shane warmed up for this hurdle challenge by competing in the Scottish Open National Final in January where he took silver.
Shane also got his outdoor season off to a winning start by winning gold in the 110m hurdles and silver in the long jump in Cork at the Munster Championships in June. In the national final he won silver in the hurdles, just losing out on the gold by three hundredths of a second.