Gunners edge past Ballyea in a Munster Club classic

Bewildered joy was palpable in the damp Walsh Park air on Sunday evening. A 51-score classic, featuring a host of outstanding displays from both teams, in addition to two ‘phases’ of extra-time (to avail of the GAA’s official lingo) had yielded Ballygunner their most memorable passage yet to a Munster Senior Club Hurling Final. But my goodness, were they made to earn this most memorable of victories by a superb Ballyea outfit, whose travelling support proved the most vocal and colourful to visit Walsh Park this year. And they in turn brought the best out of the Ballygunner support, leaving one to hope that Fergal Hartley’s lionhearts will attract greater numbers to Semple Stadium a week on Sunday, for their rematch with mighty Na Piarsaigh, still unbeaten in provincial action. At the conclusion of a stunning tussle, by some distance the best hurling match staged locally this year, the mutual admiration between players and management was wonderfully evident.
Smartphone users are not as drawn to film footage of outstanding sportsmanship at our grounds, and it’s a pity that’s the case. 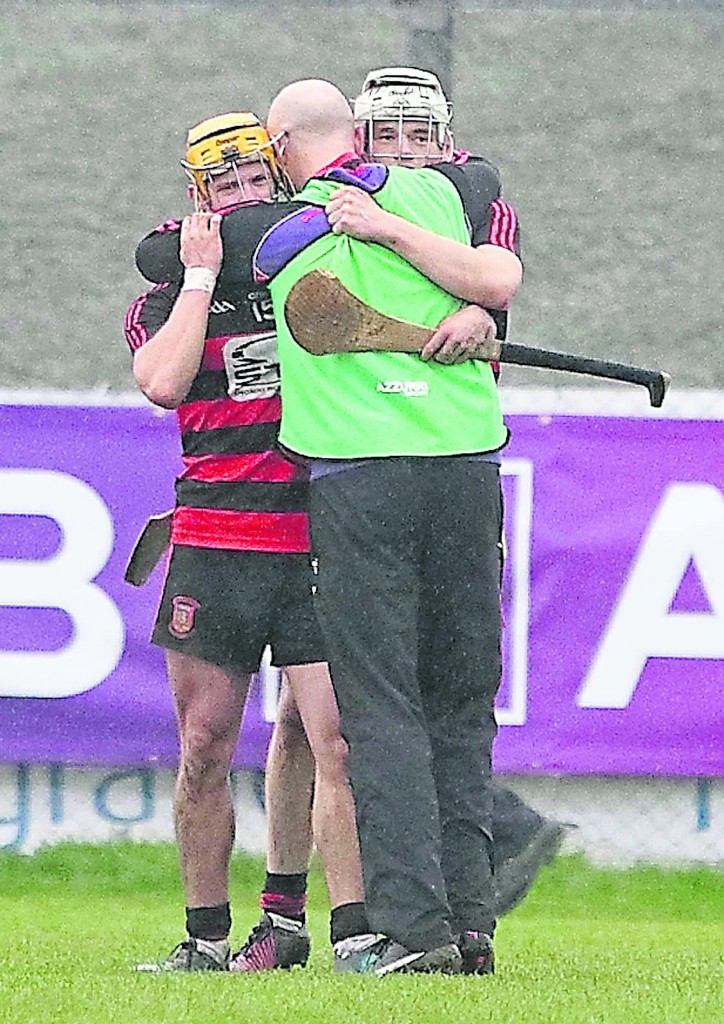 A mixture of joy and relief was palpable in the wake of Ballygunner's dramatic Munster Club Senior Hurling Semi-Final win over Ballyea at Walsh Park. See Sport 2-4 for further coverage. | Photo: Noel Browne

Of course, there’s no place in Gaelic Games for players acting mindlessly, and I for one will never object to seeing such misconduct both filmed and later actioned, most of our games pass off without major incident. And over 80 breathless minutes on Sunday at Walsh Park, the champions of Waterford and Clare came to hurl – and then some. And what a spectacle they served the 2,200-plus who filed into the old ground. “The two teams went at it like champs,” reflected Ballyea manager Kevin Sheehan afterwards. “No sweepers, no messing, just blow for blow. I’m just delighted with our lads this year. They really have, in every match, left everything out on the field. Today, we could have said, look, we got to the County Final, we could have rested on our laurels and decided that was as much as we were going to achieve but we gave it everything we could, we really, really did, and I’m devastated for them.”
Sunday’s epic also underlined a point Fergal Hartley has made time and time again about his men: they’re made of great stuff, and they’ll need to deeply tap into that resolve if they’re to do what no Gunners side has done since 2001. A great prize awaits, but arguably the greatest club team in Munster hurling history now stands in their way. “It’s there,” said Hartley of his team’s character, a facet not always readily evident to the lay observer at County Championship level since the start of the 2014 campaign in particular. “It’s there all the time. Abbeyside put it up to us in the County Final and we responded. It’s there all the time but just because we’re winning by margins of more than a point, that’s probably not recognised. Any time you’re playing the champions of another county they’re trying to knock you down. We come up against teams going full throttle against us and we respond every day. I couldn’t say enough good things about the lads in terms of their character.”
He added: “We’ve never had a game that went to two periods of extra time and won by a score. It was just chaos. I don’t remember a game like it in the history of Ballygunner and I’m involved in the club for 27 years. It was great stuff but there’s no medals being given out today – but I’m really proud.” And so he should be. Ballygunner have marched on to another Munster Final, craving that difficult second title, and they’ve done so brilliantly, doggedly and wholeheartedly. Na Piarsaigh await. Just bring it.