Blues find their mojo in Bray 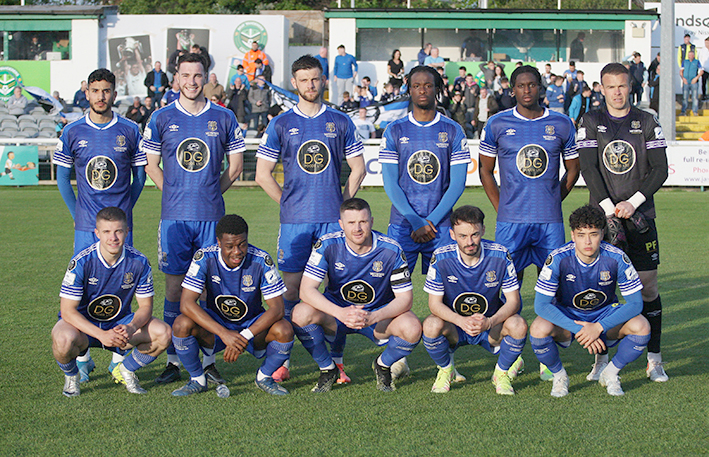 Following victories over Wexford and Athlone Town, Waterford FC made it a hat-trick of wins on Friday when they easily defeated Bray Wanderers in the Carlisle Grounds.

Playing under the guidance of Gary Hunt and David Breen for the third time since the departure of Ian Morris, this was another step in the right direction. 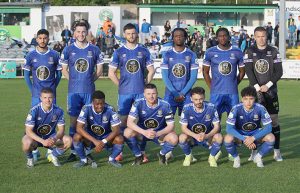 The Waterford FC team that defeated Bray Wanderers at the Carlisle Grounds on Friday last.

With both Cork City and Galway United winning also, the three points gained keeps the Blues in  third position.

Next up is a home game against struggling Cobh Ramblers in the RSC on Friday and going on all known form this should see the Blues make it four wins on the bounce.

The caretaker duo made just one change for the match against the Seagulls with Jermie Milambo replacing the suspended Richard Taylor at left-full back.

The Blues created an early chance on five minutes when Tunmise Sobowale’s corner kick found Phoenix Patterson who put the ball on the head of Kilian Cantwell, but his free header just cleared  the crossbar.

Waterford broke the deadlock with a stunning goal on 23 minutes when Louis Britton flicked on a Kilian Cantwell pass to Phoenix Patterson who cut inside brilliantly before rifling an unstoppable effort to the top far corner past a helpless McGuinness.

Blues skipper Eddie Nolan should have doubled the lead for the visitors on the half hour mark when  he got onto a knocked-on Patterson free kick but couldn’t convert from close-range as Stephen McGuinness saved on the line.

Blues keeper Brian Murphy made a smart save to deny former Waterford player Kurtis Byrne, who came on  as a half time substitute, an equalising goal on 50 minutes when he cracked in a snapshot from distance, but the netminder saved before the danger was cleared by Cantwell.

Louis Britton had a glorious chance to double the lead for the Blues on 53 minutes only to be denied by the netminder but the Blues did extend their advantage sixty seconds later. 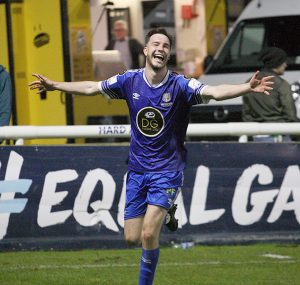 Eddie Nolan picked out Shane Griffin out on the left-side of the penalty area, and he cut past two Bray Wanderers before drilling a right-footed shot past a helpless Stephen McGuinness from 16 yards for his first league goal of the season.

Bray ensured a grandstand finish when they pulled a goal back on 87 minutes when Eoin McPhilips whipped over a right-wing corner kick to the back post where Kevin Knight powered a close-range header past Brian Murphy. 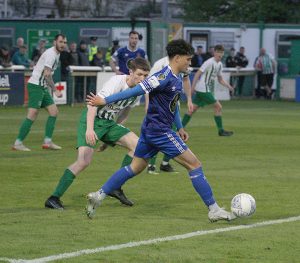