Bohs secure a vital point in fight for safety

Waterford Junior League: Premier League
Bohemians 0 Tramore 0
It may not have been the most exciting and thrilling game ever played in the Waterford Premier League but such was the closeness of the contest, it held the fans interest right up to the final whistle. Bohemians went into this match at Ben Wadding Park on Friday night with 11 points, and desperate to get something from the game as they are down in the basement fighting a relegation battle with Tramore Rangers and Dungarvan United who have eight points apiece. 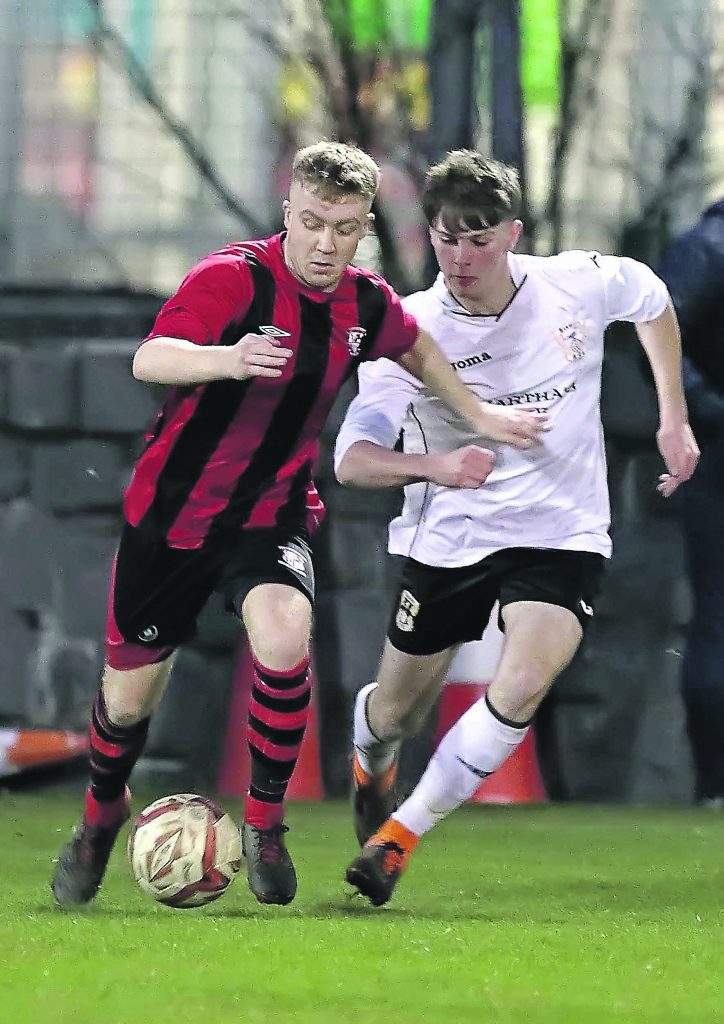 At the conclusion of the season this point gained against Tramore could prove vital.
Tramore went close after 13 minutes. Brandon Deady managed to get a little bit of space 25 yards from goal and let fly with his right foot but Bohemians goalkeeper Stefan McCurley did extremely well to tip the ball around his left upright.Five minutes at the other end Monsurudeen Mustapha sent in a fine cross which was met by Adam Deegan but his powerful header was well held by Tramore custodian Dan Morrissey. The Seagulls went close to breaking the deadlock when Brandon Deady sent over a corner-kick to central defender Tom Carney, who rose high to meet the ball but his header went narrowly over the Bohemians crossbar.
Dan Morrissey produced a super save on 37 minutes. Eoghan McGrath-Butler split the visitors defence, Bryan Power raced forward and a goal looked on but Morrissey came charging off his line and somehow managed to whip the ball off the foot of Power. At the other end Stefan McCurley made an excellent save just before the interval. Steven O’Shea, who performed superbly in the middle of the park for Tramore, picked out Sam Sheppard but his shot was brilliantly smothered by McCurley on his line.
All of the action in the second half was packed into the final 20 minutes. Lee Kavanagh lashed in a free kick on 70 minutes but the ball fell nicely into the midriff of Stefan McCurley.
Sam Sheppard then cracked in a dipping volley from 30 yards on 82 minutes but his effort went inches over the crossbar. Two late substitutes almost won the game for their respective sides in the dying minutes, Zak O’Connor, who was only on the field for a minute took a pass from Steven O’Shea and let fly from 20 yards but once again Stefan McCurley displayed his class by arching his back and tipped the ball over his crossbar. The hosts thought they had grabbed all of the points on offer in the last minutes. Oistn Malone, who had just been introduced 90 seconds earlier, found himself free inside a crowded penalty area and when the ball broke to him he shot hard from 15 yards but Steven O’Shea managed to throw his body into the path of Malone’s effort and the danger was cleared. Overall a share of the spoils was a fair outcome.