Waterford Senior Football Championship
Clash more/Kinsalebeg 0-15
Kilmacthomas (AET) 1-11
Jordan Norris Reports
Clashmore are through to the last eight of the Waterford Senior Football Championship, after edging past Kilmacthomas in extra-time. It was a fiery encounter under the floodlights, with the red card shown three times.Kilmac started the brighter, dominating the opening exchanges. Clashmore grabbed the first score through the clinical Paul O’Connor, but the speed of Darragh Power and Alan Fitzsimons caused them problems. Power and Eoin Walsh split the posts from the dead ball, but again O’Connor was allowed to cut in from the left and keep the sides level.Kilmac had not made their bright start count, Kealan Kiersey added another score, but with poor wides and speculative efforts, Clashmore were beginning to grab a foothold, Brian Lynch pointing after O’Connor again split the defence, before the impressive Brian O’Halloran got his first. However, a great counter which saw Adam Walsh and David Power move the ball well on the floor resulted in Power grabbing an excellent score, and Kilmac really kicked on from here – Reece Power breaking forward from midfield, cutting inside, and firing into the bottom left corner to give his side a deserved lead. 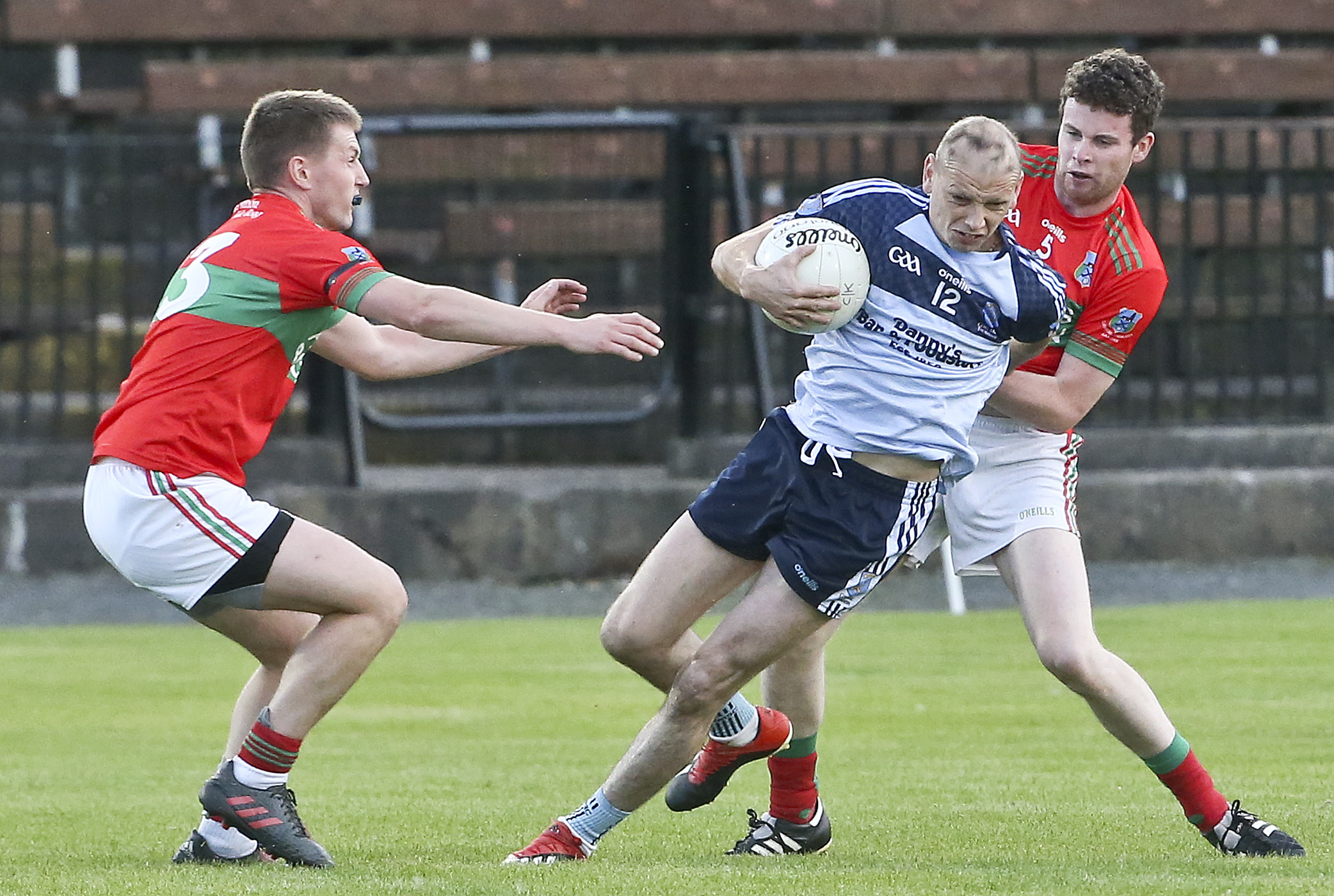 Clashmore had hit the self-destruct button by this point, seconds after conceding, Kieran Connery was given his marching orders having struck his opponent. Clashmore rallied despite their numerical disadvantage, Brian O’Halloran and Tadhg De Burca adding three from placed balls, before a great score from Kiersey and a good stop by Fintan Walsh saw the sides go in level 1-6 to 0-9 at the interval.The second half didn’t quite match the first as cards flew in the opening fifteen minutes. De Burca and David Power exchanged scores, before John Cleary was given a black card for a clip from behind. An inspiring score from Adam Walsh, who impressed when dropping deep, put Kilmac back in front but again they were left to rue wides, 13 in total, as they really left the game behind – given Sam Fitzgerald was red carded having been involved in an off the ball scuffle, linesman Gavin Whelan conferring with the referee before red was shown. Edmund O’Halloran’s second of two late scores looked to have settled the tie, but Eoin Walsh showed great composure a minute from time to send the tie to extra-time. Kilmac would also end the game minus their full contingent, Reece Power receiving his second yellow. 0-12 to 1-9 after the hour.
It was the same story at the beginning of the extras, Brian O’Halloran scoring with his left foot before a brilliant score from Lynch. A controversial penalty was awarded for Kilmac in first half added time, Kealan Kiersey dragging the ball wide to the right in a real turning point in the tie. Darragh Power gave Kilmac hope with a late free, but De Burca – who starred on the night in a tough midfield battle – split the posts to put Clashmore two up late on, a late free from Power proving not enough, as Clashmore won by a single score, 0-15 to 1-11.Credit to Kilmacthomas, they gave it their all, but it was a game they left behind – as Clashmore were clinical in possession, and it is they who progress.