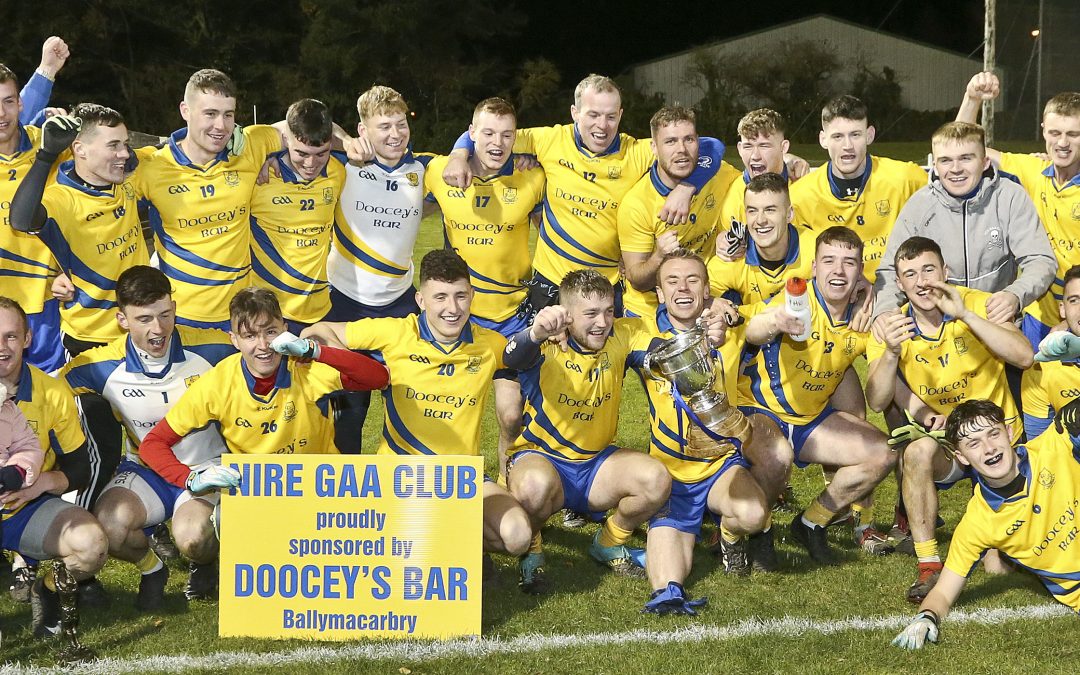 Thomas Keane previews the first round ofthe County Senior Football Championship
Group A: Nire v Ardmore
(Fraher Field, Saturday, 6.30pm)
This the first game of a double header to be played at Fraher Field on Saturday evening could well prove to be an interesting battle.The Nire are the reigning champions and will be looking to win back to back titles for only the second time in their history. Based on last year’s performances they certainly look the team to beat.

The Nire begin the defence of their Senior Football crown against Ardmore this Saturday. | Photo: Sean Byrne

Shane Walsh, who has served both the Ballymacarbry clubs well down the years, started last weekend sitting in the stand, while the Nire could be without some other players and of course Conor Gleeson.He has recovered from the injury which kept him out of Waterford’s National League campaign but he has his eyes set on a Munster Hurling Championship game with Waterford next month.
Last weekend in the club championship Ardmore started without a Hennessey in the team for the first time in the memories of many GAA supporters in the county who are wondering will it happen again this weekend.Ardmore will be looking to the likes of veteran brothers Declan and Seamus Prendergast, rising stars the Keating brothers and the Gartland brothers for guidance in this game.
The Nire might be short the services of some of the players which helped them win last year’s title but good teams don’t become bad teams overnight, and they will have plenty of talent in reserve and should have enough to win here.