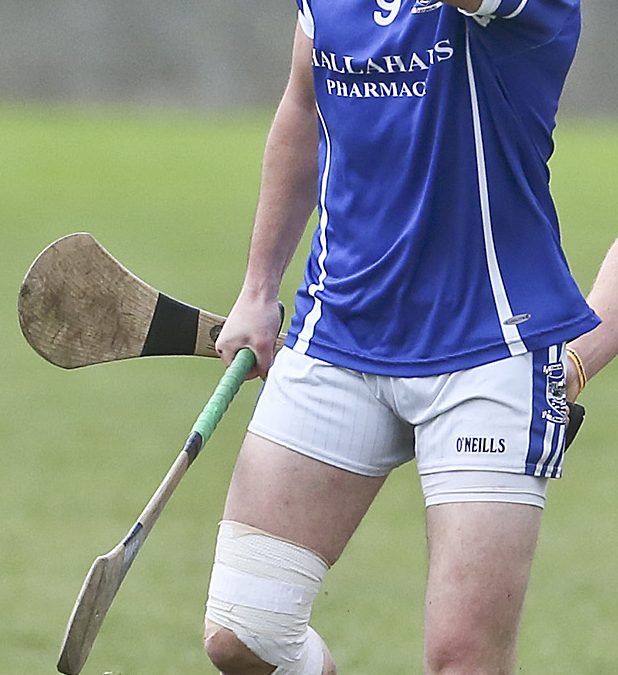 Thomas Ryan hit 3-6 for Tallow in the opening game of a double header player at Fraher Field on Sunday last. However, the inter-county star still ended up on the losing side thanks to Gavin Crotty’s winning point for Dungarvan in the third minute of additional time.
Crotty’s late score might not have proven enough for Dungarvan because in the sixth minute of stoppage time, Ryan appeared to have been fouled, but referee Tom Mansfield was much closer to the action, waved play on and sounded the full time whistle just seconds later.
Tallow had use of the strong wind in the first half and opened the scoring with a Jordan Henley effort on four minutes, but Dungarvan hit back with the next two scores, a Patrick Curran free and an effort from Gavin Crotty to give their side a one point advantage after nine minutes.
Tallow took the lead with a quick fire double from Paul O’Brien who was hugely impressive throughout and Darragh Buckley, but Cormac Curran levelled matters for Dungarvan on 13 minutes.
Thomas Ryan put over a hat-trick of scores all from placed balls in as many minutes to go three in front by the 17 minutes, but Patrick Curran showed that what his inter county colleague could do at one end, he could do at the other end. Both players swapped scores from frees before Curran fired over four in a row, all from frees, to go one in front on 28 minutes. But Tallow finished the half the stronger of the two as they fired over three scores in added time from Thomas Ryan, Ryan Grey and Jordan Henley to go two up at the break.
After the interval, Dungarvan proved to be the stronger of the two sides. Curran and Ryan swapped early points on the restart before The Old Boro outfit got on top.

Gavin Crotty rifled over a stoppage time winner for Dungarvan in their SHC opener against Tallow at Fraher Field. | Photo: Sean Byrne

Cathal Curran when set up by younger brother Patrick looked as if he would raise the first green flag of the afternoon on 35 minutes but Shaun O’Sullivan did well to turn Curran’s effort over his crossbar. Jamie Nagle hit a double for Dungarvan and Gavin Crotty added a single to put Dungarvan 0-13 to 0-11 in front after 39 minutes. Jordan Henley and Jack Lacey swapped scores before Patrick Curran pointed once more with a brace gave Dungarvan a 0-16 to 0-12 lead with 12 minutes remaining.
Crotty and Kieran Power pointed for Dungarvan to give them a six point lead after 51 minutes but just seconds later Tallow were handed a life line when William Henley was pulled down in the square and from the resulting penalty Thomas Ryan made no mistake.
Cathal Curran pointed for Dungarvan on 53 but moments later Tallow were within one point of The Old Boro as Thomas Ryan danced through the Dungarvan defence, blasting past Gavin Power for a brilliant goal. Ryan Donnelly, filling in for Patrick Curran who had left the field to have blood wiped from his body, pointed a free on 62 minutes and just seconds later after coming back into the action Patrick Curran scored what looked as if it was the insurance score.
But Thomas Ryan with a ground strike from a William Henley pass levelled the scoring on 63 minutes and from the puck out, which was well worked down the field, Crotty was on hand to rob Tallow of a share of the spoils.