Déise defeated by second half goals

All-Ireland under 16 ‘B’ Ladies Football Final
Longford 4-15
Waterford 3-7
There was no joy for the Waterford under 16 Ladies Football team in Birr on Wednesday last as Leinster champions Longford netted four second half goals to win the Under 16 All-Ireland ‘B’ football final.
While Waterford will be disappointed with the final score, the side like will take something from this game and with so many of the panel available next year it would suggest that Waterford will be there or there about again next year and will be giving the minor grade a fair stab over the next two years. Waterford held a slender 2-4 to 0-9 lead at the break in this final, but the midland county proved too strong in the second half and the four goals kicked over the 30 minutes proved to be a killer blow for Waterford. 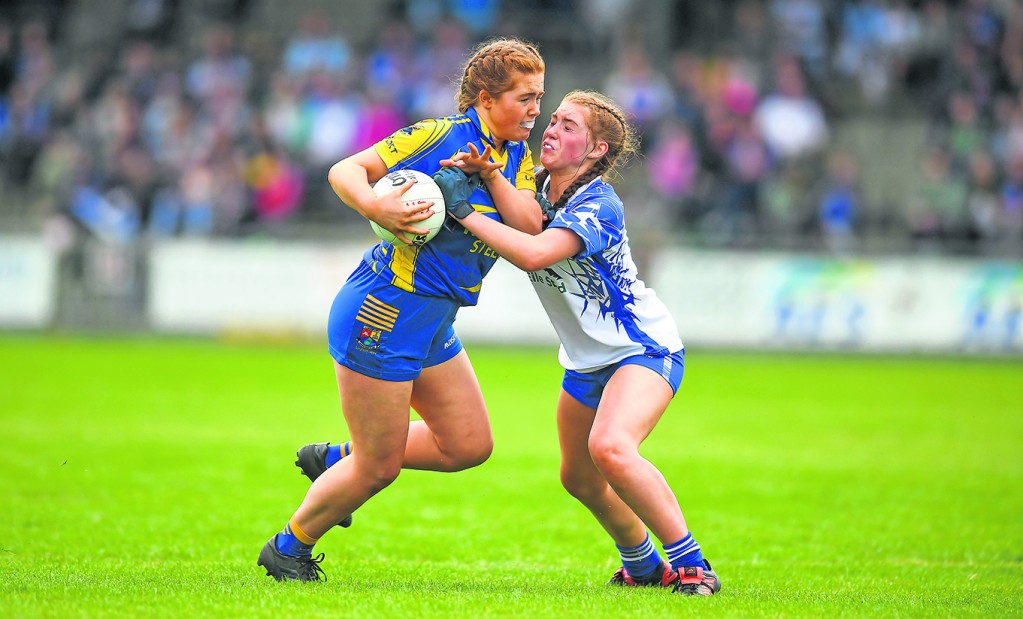 Waterford net minder Nessa Nic Iomhair did well to deny the winners three early goals as she pulled off two great saves from Lauren McGuire and then saved from Melissa O’Kane. Waterford took the lead through Aoife Brazil on 11 minutes but scores from Kamille Burke and a brace from Lauren McGuire had the midlanders in front at the end of the opening quarter. Waterford however hit back with a brace of goals in quick succession with the first coming from Áine O’Neill.
Two minutes later Riane McGrath, in the Longford goal, pulled down Catherine Hayes in the area and the Déise Ladies were awarded a penalty which Hayley Phelan dispatched to the net to put Waterford back in front.
Waterford were dealt a blow two minutes from half-time when Rosie Ni Mhuiri was sin binned, and a minute later Melissa O’Kane levelled matters on the score board for the eventual winners.Hayley Phelan gave Waterford a one-point half time lead when she pointed a free just before the half-time whistle.Longford got the first of their goals on 34 minutes when Molly Mulvihill got inside the Waterford backs to slot past Nessa Nic Iomhair.
Waterford responded in similar fashion with a fine goal from the boot of Hayley Phelan. The winners hit a second goal through full forward Molly Mulvihill which gave her side renewed life and after this they were the stronger of the two sides and scored two more goals from Kamille Burke and Ella Duggan.