Home » Sports » GAA General » Deise Power Out of the Blocks

Deise Power Out of the Blocks

National Camogie League Division One Group Two
Waterford 1-12
Meath 0-6
Waterford enjoyed a comfortable start to their National League campaign at an overcast WIT Arena on Sunday, seeing off Meath by nine points.
With successive away matches on the immediate agenda (Clare next Sunday and Kilkenny on February 4th), a winning start on home soil was a must for Donal O’Rourke’s charges and they were in command of this encounter from the off.
Beth Carton opened the scoring for the Deisewomen with a point inside 10 seconds, while League debutant Kaisha Tobin doubled their advantage 40 seconds later.
With the strong wind blowing in Waterford’s favour, Beth Carton scored her first free of the afternoon in the fourth minute, and the De La Salle star turned provider a minute later to assist Tobin for her second white flagger. 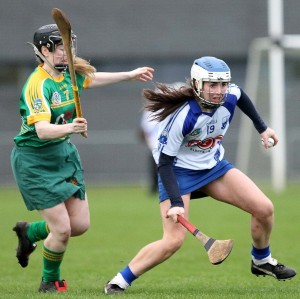 Caroline Quinn got Meath off the mark with a 10th minute free, one of only two first half points the reigning Intermediate All-Ireland champions would ultimately register, and they would go on to score only three times from play over the course of the hour.
Aisling Power rifled over a fine point in the 11th minute before Beth Carton steered a shot over the bar with a goal at her mercy at the end of the first quarter. Carton played Aisling Power through for Waterford’s seventh point after 18 minutes, before Carton steered another free between the uprights four minutes later.
The match was effectively put beyond Meath’s reach six minutes from the interval thanks to Lorraine Bray’s close-range goal, as she finished off a move she had initially instigated after creating a two-on-one overlap with Beth Carton. Fiona Morrissey maintained Waterford’s momentum with a further point in the 25th minute, while Aoife Maguire’s stoppage time free left the visitors trailing by 1-9 to 0-2 at half-time.
With the contest settled by the break, Waterford emptied their bench over the course of the second half and, naturally, there wasn’t the same level of fluidity to their play. 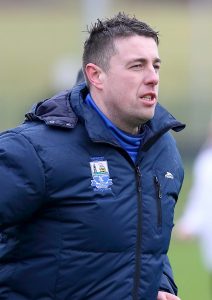