Football management resign as Board bids to calm issue
The fallout from the resignation of Waterford’s Minor Football management continued as we went to press this week. The outgoing trio of Tom Flynn, Richard Finnegan and Ollie Costello, who stepped down from their respective briefs last week, are believed to be considering legal action in the wake of a statement issued by the County Board. This newspaper also understands that some of the comments made on WLR’s ‘Lár na Páirce’ on Friday last by Waterford Coaching Officer Mac Dara MacDonncha are being disputed by the outgoing management. In a letter sent to parents of members of the minor football panel on Thursday last, Messrs Flynn, Finnegan and Costello said that circumstances meant they were now unwilling to let their names go forward for management of the team in 2019. 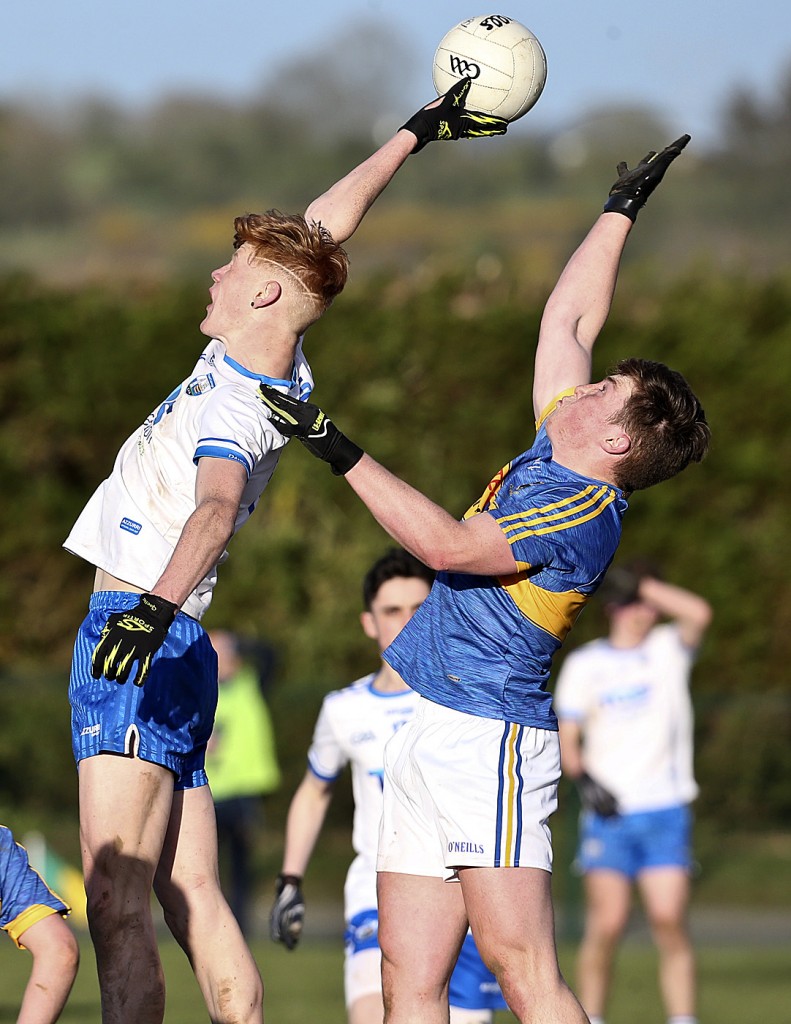 It appears that disagreement arose during a meeting between the (then) minor football management and 2019 minor hurling manager Darragh Duggan, which was attended by County Board Chairman Paddy Joe Ryan and County Secretary Pat Flynn. At that meeting, clarity had been sought from the then football management regarding the availability of dual players for football training during November and December.
In their letter, Tom Flynn, Richard Finnegan and Ollie Costello claim that an agreement was reached for the aforementioned period, contending that on the weekend starting Saturday, November 17th, dual players had trained on Friday the 16th (hurling), Saturday the 17th, (football), Monday the 19th (hurling) and Tuesday the 20th (hurling).
In a statement issued on Friday last, Waterford GAA & Waterford Coaching & Games Development stated that the current Under-16 Development Squads will officially become Minor teams at the turn of the year.
“Both groups submitted their training plans to C&GD in the last three weeks. The plans involve the Football panel training every Friday night and Hurling panel training Monday and Friday nights,” reads the statement.
It continues: “It was agreed by both managers at a meeting with the County Board Chairperson & Secretary that the dual players would attend Football training on Fridays 16th Nov, 30th Nov & 14th Dec. and Hurling training on the remaining dates of Fridays 9th Nov, 23rd Nov, 7th Dec & 21st December…The players were to be advised once the training panels were established.”
According to the statement, Waterford GAA/C&GD said that a minor hurling panel had been forwarded to Waterford GAA/C&GD while they had yet to receive a football panel. The statement also contends that a football training session scheduled for Friday, November 16th had been changed to the Saturday.
“As both groups are operating with extended panels at present there are a number of dual players on both panels. The Hurling management have a larger group as they currently had no trials and are still in the process of assessing players. ”
The statement continues: “Players involved in Munster Colleges competitions are only training once a week, the Friday night, with the U16 Hurlers as they are training with their schools during week. The sessions on Tuesday are yoga sessions and are only for players not playing in schools and are optional with players not required to attend if they so wish. It alternates every second week between East and West players. The average number of dual players on the final panels in previous years has been five to six and it would be expected that the 2019 panels would be similar. Once the Minor panels are finalised in January 2019 it is planned that the County Board Officers would meet the players, parents and managements to put in place an agreement regarding training plans for dual players.”
Emphasising their frustration and disappointment in taking the only avenue they now feel is open to them, Tom Flynn, Richard Finnegan and Ollie Costello told parents: “The circumstance of players considering choosing one code over the other (hurling over Football) has already started. It was always our ambition that an arrangement would be reached to allow the appropriate managing of dual players welfare…
“We have enjoyed working closely with this group of players over the last 5 months. They have shown great respect to the management team and have displayed enormous potential on the playing field during the recent Fr. Manning Cup competition where they secured a top four finish in a 16-team tournament. There is potential for this squad to really make a mark in next year’s Munster Football Championship which makes our decision to step down more demoralising.”