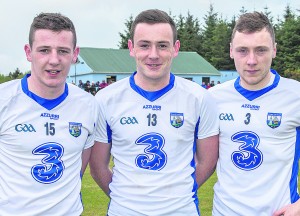 Band of brothers: It was a proud evening for Ballysaggart’s Shane, Stephen and Kieran Bennett.