All-Ireland Senior Camogie Championship
Waterford 2-10
Clare 0-12
Waterford reached the knockout stages of the All-Ireland Senior Camogie Championship for the second year in a row after they recorded a four points win over Clare at Walsh Park on Saturday.
Clashes between these two sides have proven to be tightly contested affairs and this one was no different.A goal for Clare late in this game could well have meant a must win game against All-Ireland champions Cork next Saturday, a tough task at any time. 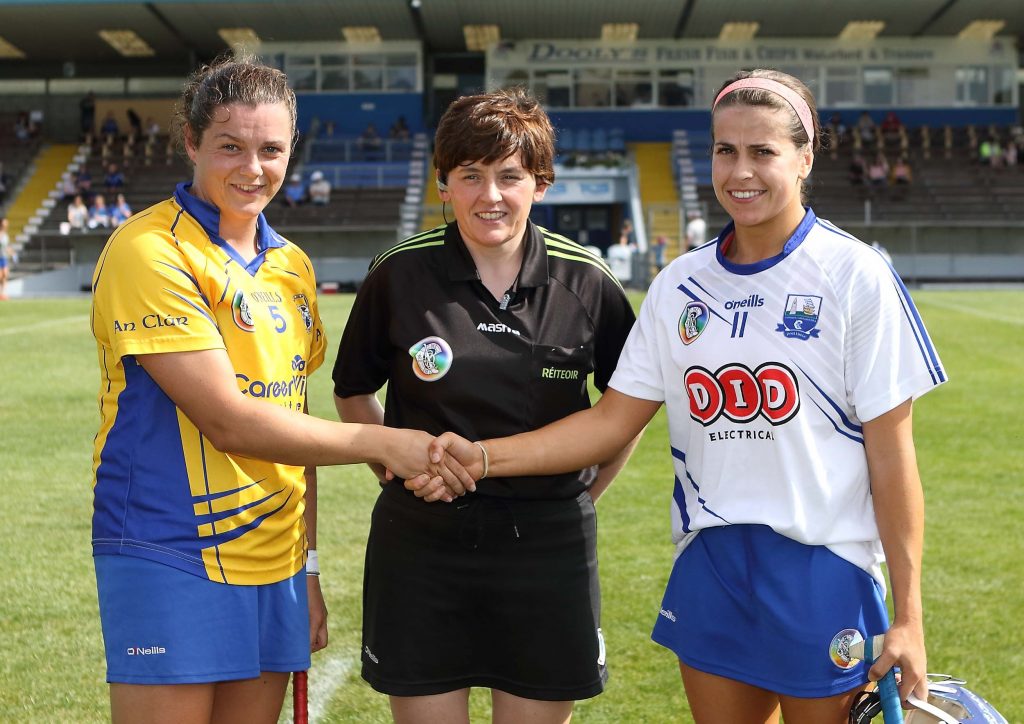 Waterford however are more than capable of causing a shock and have a chance to advance straight to the semi-finals, should they beat Cork and Tipperary fail to win against Meath. The old adage that goals win games proved to be correct again in this game as goals either side of referee’s Liz Dempsey’s half time whistle proved the crucial scores.Chloe Morey, a first cousin of Clare inter county hurler Seadna, opened the scoring from a placed ball with less than a minute on the clock.
Beth Carton quickly levelled matters but in a close opening half Chloe Morey and Sarah Lacey swapped scores before Morey, from her third free of the afternoon, and Beth Carton with her first converted placed ball levelled matters for the third time on 11 minutes.Waterford upped the game a level or two after this as Beth Carton fired over three further points all from placed balls to give Waterford a double score lead with first half time ticking down.Two more points from Chloe Morey reduced the Waterford lead to just the one with a minute of normal time in the first half remaining.
Waterford however finished the half strong as Ashling Power, a first half replacement for the injured Annie Fitzgerald, knocked over a point before Beth Carton netted the game’s opening goal just before the break to give Waterford a 1-7 to 0-6 lead as the sides headed to the dressing rooms.
Sarah Lacey missed the chance to net Waterford’s second goal soon after the restart, and from the resulting restart Sarah Loughnane’s drive down field found its way to Orlaith Duggan who split the posts to leave just Beth Carton’s goal between the sides.
The talented Dungarvan club player however made no mistake on 40 minutes as she got on the end of a Beth Carton pass and fired past Sarah Loughnane in the Clare goal to put Waterford seven points in front.
Sarah Lacey got her third score of the game, a point before Sinead Conlon split the posts at the other end, after which Beth Carton and Mairead Scanlon traded scores as Waterford held a 2-9 to 0-9 advantage.
The visitors piled on the pressure in the final ten minutes and points from Claire Hehir, Andrea O’Keeffe and Mairead Scanlon cut the Waterford lead down to three with the hour played.
A point in stoppage time from second half sub Fiona Morrissey secured the win and a place in the knockout stages of the championship for Waterford.