Munster U-20 Hurling Championship
Tipperary 3-23 Waterford 0-10
Brian Flannery Reports
Waterford’s miserable season in hurling concluded with a 22 point shellacking to Tipperary in the U20 Munster semi-final at Thurles on Tuesday night last.Manager Steven Gough in a pre-game interview had outlined his difficulties in preparing Waterford’s U20 panel for this game with club fixtures and both state and college exams impacting the teams’ preparation time. Gough’s words were prescient considering the result and performance from this young Déise side. 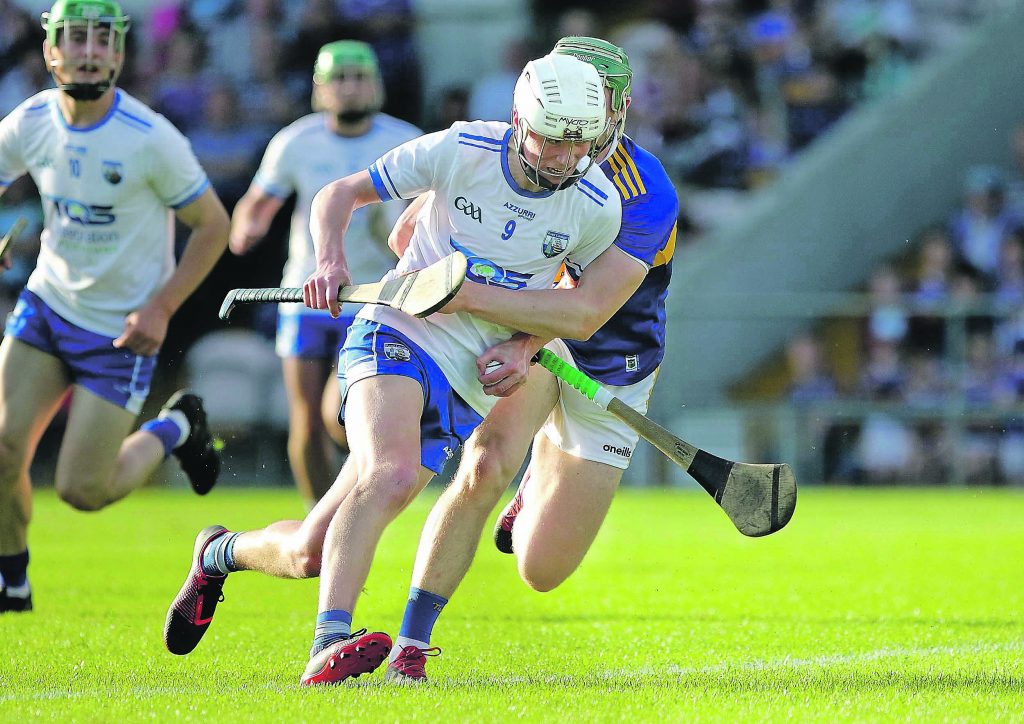 While both teams made a tentative start to this encounter it quickly became apparent that Waterford was out of their depth against the 2018 U21 All-Ireland winners. Two early Billy Power frees had Waterford leading 0-2 to 0-1 after just eight minutes. However the home side took control and by the end of the opening quarter led 0-5 to 0-2. Bryan O’Mara and Craig Morgan were outstanding in the heart of the Tipp defence with Morris displaying all his senior pedigree.
Jake Morris hit seven points in all in the opening half as Tipperary led 0-11 to 0-5 at the break.
Morris played most of the game at corner forward and along with Eoghan Connolly and Jerome Cahill were survivors from Tipperary’s 2018 All-Ireland U-21 winning side. Billy Power had four frees on his first half score sheet with James Power landing Waterford’s solidary first half point from play. Dean Beecher produced a superb save to deny Morris a green flag on 17 minutes and preserve his goal in the opening half.
In front of an official attendance of 3,631 Tipperary stretched their advantage to eight points 0-15 to 0-7 after 36 minutes. Major gaps were beginning to appear in the heart of the Waterford defense with the home team monopolizing possession. Two quick-fire goals in the 37th and 38th minutes from Conor Bowe settled the game as a contest with the Premier now leading 2-15 to 0-7.
Tipperary manager Liam Cahill, with the game now put to bed early, had the luxury of withdrawing their senior trio of Jake Morris, Jerome Cahill and Paddy Cadell entering the final quarter with Tipperary’s senior All-Ireland quarter-final due just five days later
Goal number three arrived on 45 minutes from Joe Fogarty with the scoreboard now already confirming the visitor’s fate and pending championship exit, 3-16 to 0-8.Waterford were run ragged over the final quarter despite empting the bench with the hosts outscoring Gough’s youngsters 0-7 to just 0-2 over the closing minutes. Tom Barron hit Waterford’s only second half score point from play on a forgettable night to draw a curtain on Waterford’s disappointing inter-county hurling season.