"We need a bit of help”. Alan Reynolds

Blues boss Alan Reynolds admitted it was a jaded display by his charges and that overall it was a pretty poor game.“I’m very disappointed. Look, I suppose it’s plain to see that we need a bit of help and the players that are playing, all of them need help. We have such a small squad and playing three games in seven days is hard on them.“I am talking about the type of players like Dean Walsh and John Martin, who aren’t used to playing and they’re now been thrown in and you could see by that level of performance. It was a tired performance from us, it lacked a lot of quality and I thought that it was a very poor game.
“There’s no doubting that we need to be better than that and give the fans something to shout about. Cory took his goal well, he has a spark about him, but I think that he needs to be a bit better off the ball. When I decided to change the shape, he was the one that lost out. 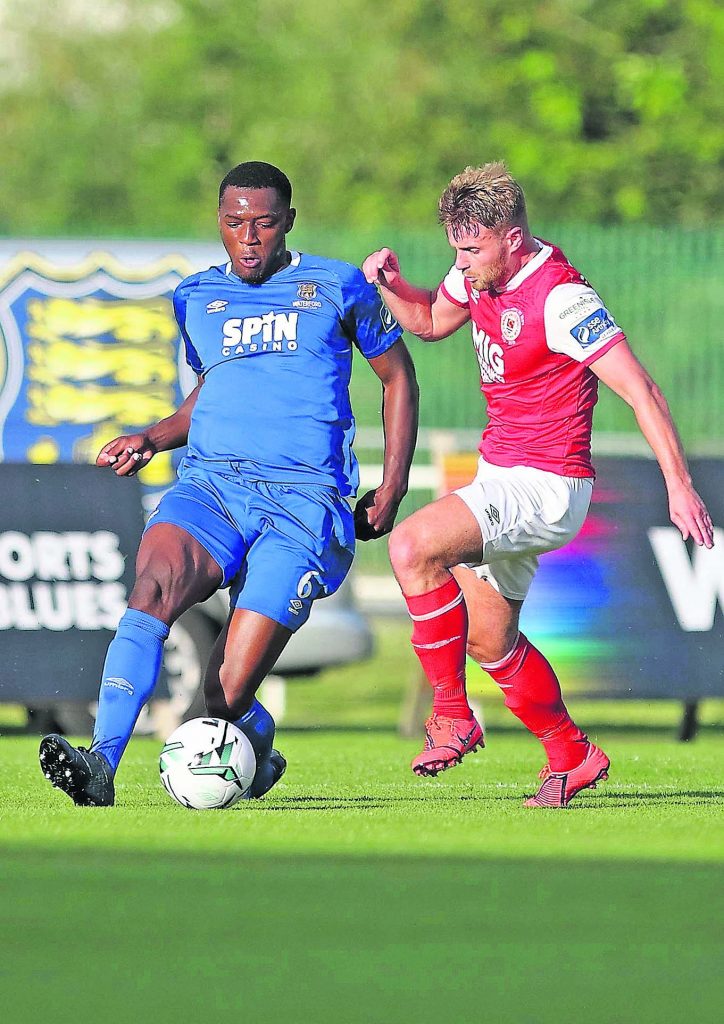 “But we needed to hold out for a bit longer. Everyone knows that once you score, you need to concentrate that bit better and I suppose play in their half. I thought that they killed the game in the second half and there was seven or eight minutes injury time, which says a lot.“I suppose it was all about getting the result for them and getting out, but they delayed it. Look a draw at best for us, I’m not trying to be codding anyone here, we weren’t good. It’s a tired performance, we need a bit of help and we also need to get bodies back from injury.“It’s clear to see that we’re missing so many players. They are some of them that aren’t far away so I think we’ll get there. I suppose I’m saying that a while now, but at some stage, if I can get everyone fit and available, I think we’ll see a different side.
“You look that we brought in Tom Holland, who did well when he came on tonight, William Fitzgerald, Sam Bone, Zack Elbouzedi, Rob Slevin and Karolis Chvedukas, all missing tonight. These are players that could come in and put serious pressure on.“We need attackers. I’ve lost the four attacking players that I started with, but we’re working hard to help the boys out. There is nothing wrong with Dean O’Halloran, Dean Walsh or John Martin, it’s just they need help. That little bit of experience would help everyone.“You look at the game tonight and it looks as if Kevin Lynch is going to be out for a while now, but I don’t see many of the players that are out been back for the game next Saturday against Sligo. It’s very unfortunate, but hopefully they’ll be back the week after.
“I think it’s crazy to have three games in seven days after the break. I think that August and September will be very difficult months for us because we’re going to have a lot of games to play. We have the league cup, the Iru-Bru and I think that’s when we could really suffer, but for now all we can do is keep going.”