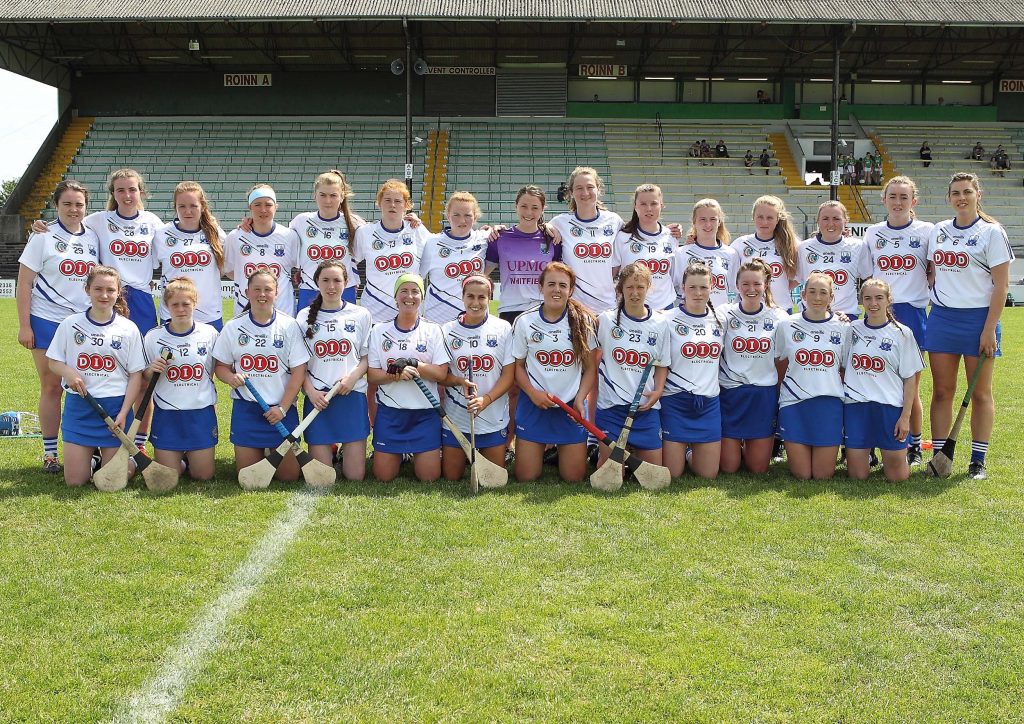 Waterford are within touching distance of reaching the knockout stages of the All-Ireland Senior Camogie Championship for the second year in a row after they recorded a comprehensive win over Meath at Pairc Tailteann on Sunday afternoon last.Donal O’Rourke’s sides’ ability to hit the back of the net proved to be a major difference between the sides as they scored four in the opening half and turned around holding a 4-6 to 0-6 advantage.Waterford put in a brilliant shift in the opening quarter in particular, but the home side did manage to draw closer in the second quarter.With the game won early the Waterford management team opted to take a number of key players off with next Saturday’s must win game against Clare at Walsh Park in mind
Waterford had a great start with Fiona Morrissey, Niamh Rockett and Beth Carton putting over very early scores. The home side however hit back with a Jane Dolan free and an effort from open play by Aoife Maguire to leave just the one between the sides with eight minutes on the clock.
Beth Carton hit the first of Waterford’s goals on nine minutes which put the visitors five in front and from there, there was no turning back.The De La Salle player added a point from a free on 11 minutes before Annie Fitzgerald, one of the rising stars of the game, netted a second goal for Waterford two minutes later which put sent the visitors into a commanding 2-4 to 0-2 lead.Jane Dolan reduced Waterford’s lead marginally on 16 minutes but with the next attack Gailltir’s Annie Fitzgerald netted her second and Waterford’s third goal of the match.
Meath had the better of the exchanges for the next ten minutes as Jane Dolan nailed two placed balls while Grace Coleman hit one in between which left the home side trailing 3-4 to 0-6 with four minutes of the first half remaining.Waterford however finished the half stronger as Sarah Lacey, whose grandfather helped Waterford win the 1959 All-Ireland Final, split the posts on 27 minutes and moments later Beth Carton netted her second and Waterford’s fourth goal of the game. Carton split the post just before the break to give Waterford a four clear goal cushion at half time.Jane Dolan fired over a point for Meath three minutes into the second half and moments later Waterford had a chance to stretch their lead when Fiona Morrissey won a penalty, but Beth Carton saw her effort from 20 metres stopped on the line.
Fiona Morrissey extended the Waterford lead with a point before Niamh Rockett, who is playing the captain’s part to perfection this year, netted Waterford’s fifth goal after 37 minutes.
Niamh Rockett took over free taking duties after Beth Carton was replaced and she split the posts with eight minutes remaining.
Jane Dolan and Megan Thyme added points for Meath while Niamh Rockett again split the posts from the 45 metre line with the hour played. Aoife Minogue hit the final point of the match for Meath but by then Waterford had wrapped up what was a comprehensive win.