“To kill it off was fantastic.”
Shane Duggan played superbly in the middle of the park for Waterford FC against Cork City last Friday night and the player signed from Limerick was delighted with the outcome. “It’s brilliant and we’re all buzzing in the dressing room especially after what happened us last week against Shamrock Rovers. After conceding with the last kick of the game, it was important that we bounced back and we done just that.“We played all the football. We knew coming in at half time that they were going to put us under a bit of pressure in the second half, but they didn’t really create anything if I’m honest and it was great to hit them again on the counterattack in injury time. 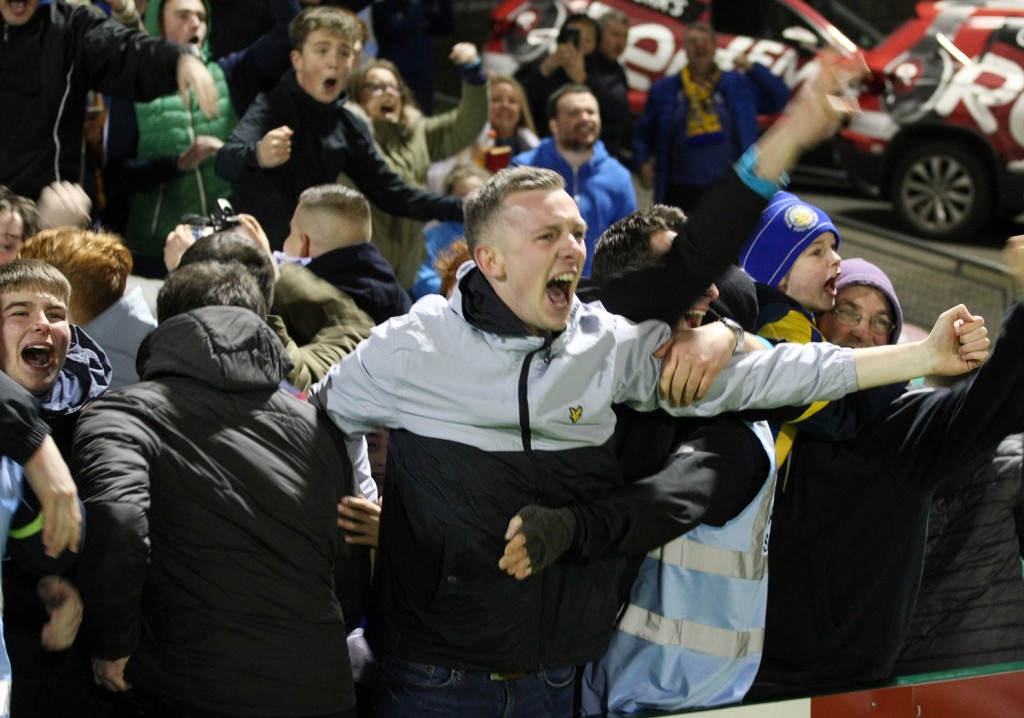 Blues fans delighted with the win in Turners Cross

“It was a great finish from Zach especially in front of our fans, who were excellent tonight, but we’re just delighted to get the points on the board. It would have definitely been an injustice if we didn’t go in at the half time break winning. We had chances and we really pressed them in the first half. The only thing that we were lacking was that final touch to get the ball in the net, but lucky enough Bastien (Héry) came up with a fantastic goal.“I think that it was a goal that put us in a good position going in at half time. It was good to play a part in the second goal that wrapped the game. As a midfielder you always want to be involved in goals whether it be scoring goals or setting them up.
“I was happy to link up well with Scott (Twine) and Bastien. His ball to Zack was excellent and it was a brilliant finish. It was a goal that came at a right time for us because you know after conceding late against Rovers, we didn’t want things getting nervy in the last five minutes. To kill it off was fantastic.“It’s great to be leaving here with three points because you want to get points under your belt as soon as you can and especially after last week. Last week we didn’t manage to do it so to come down to Cork and win, it’s fantastic. I don’t know if many teams in the last few years have got three points down here.
“I think it was more impressive the way we did it. We didn’t just cling on in the match. I thought that we really played some good stuff and dominated the game. We’re a close group, we had a good pre-season and we know that it’s going to take time to get use to playing with each other. Once you have good players playing together, you get to understand them quicker because they all want to play the same way. We’re delighted with the win here tonight now and hopefully we can build on in over the coming games.”