Dunhill 1-19
Portlaw 1-11
Unbeaten Dunhill demonstrated their Eastern Intermediate title winning credentials thanks to a strong second half showing at Kill on Saturday last.
A Portlaw side, boosted by the return of the in-form DJ Foran, betrayed their early season form for the second successive weekend and took to the game to Dunhill from the off, taking a two-point lead by half-time. But credit Dunhill who produced an excellent second half showing to turn that two-point deficit into an eight-point victory, inspired by the outstanding Shane Casey and aided by Cillian Bonnar’s repositioning into full-forward in the closing 10 minutes, in which he tagged on 1-1. DJ Foran sent Portlaw ahead with a couple of frees in the opening two minutes before Briany Dunbar pointed for Dunhill four minutes later. But Foran added two further points in successive attacks to leave the Tannery Town club three points ahead. 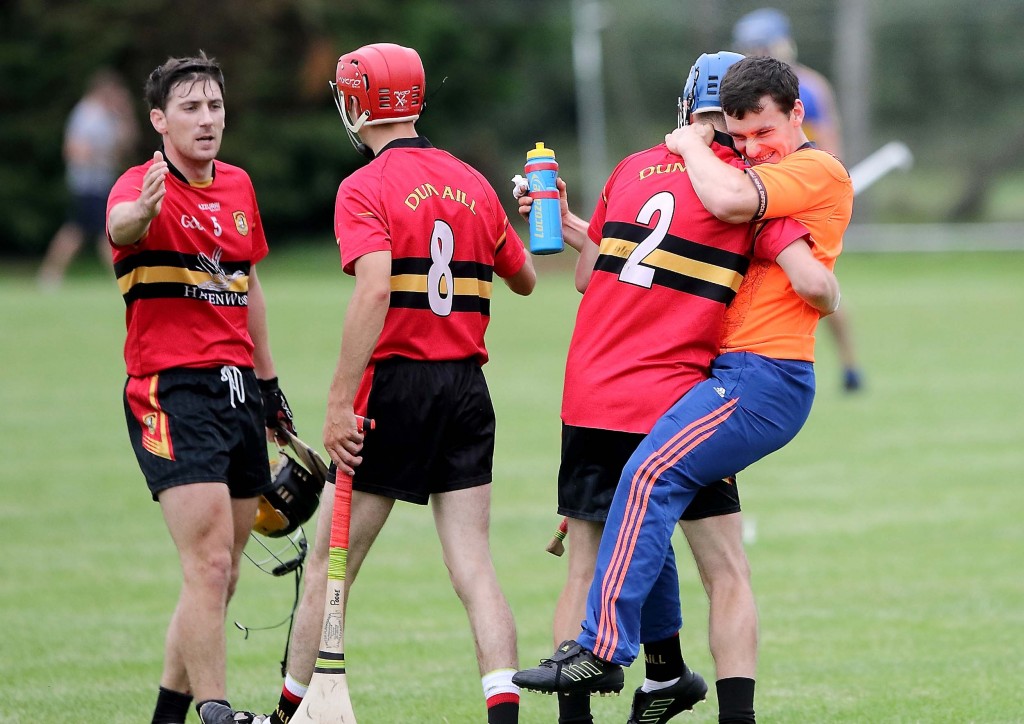 Shane Casey and Foran traded frees before Casey struck two points from play, along with a goal effort which was brilliantly thwarted by Portlaw goalkeeper Denis Fitzpatrick. The Foran/Casey show illuminated a gripping first half and both exchanged further points as the contest ratcheted up.
Darryl Swift levelled matters for Dunhill before Niall Fitzgerald (also in fine form of late) restored Portlaw’s advantage with a 21st minute free before Casey landed a further free two minutes later.
But seconds later, the electric Foran maintained his brilliant form since his recent return home to rifle the ball beyond Colm Keane to restore Portlaw’s lead.
Denis Fitzpatrick was at his best again to deny Shane Casey what looked a certain goal, with Craig Fraher extending Portlaw’s lead to four following a DJ Foran assist. But as a precursor of what was to follow, Dunhill galloped to the half-time whistle with a Shane Casey free and a cracking white flagger from Davin Phelan to leave them only two points adrift (1-8 to 0-9).
After the break, the pattern of the match remained largely unbroken as Casey and Foran traded frees. But as the half wore on, Dunhill began to exert a decisive level of authority, hitting five unanswered points between the 36th and 50th minutes (two each for Casey and Michael Murphy and a single by Tomas Casey). They now led by three, but to Portlaw’s credit, DJ Foran’s in particular, 51st and 52nd minute points kept them firmly in the contest. But from there until full-time, it was Dunhill who made most of the running, with a brace from Briany Dunbar leaving them three points ahead.
The redeployed Bonnar then added 1-1 in the blink of an eye to leave Portlaw with too steep an ascent to climb in the remaining minutes. A late free from the ever reliable Shane Casey left Dunhill eight points clear and destined for a semi-final meeting with Erin’s Own.
And Portlaw’s disappointment was compounded by the dismissal of Christopher Mackey for a second bookable offence with just four minutes remaining.