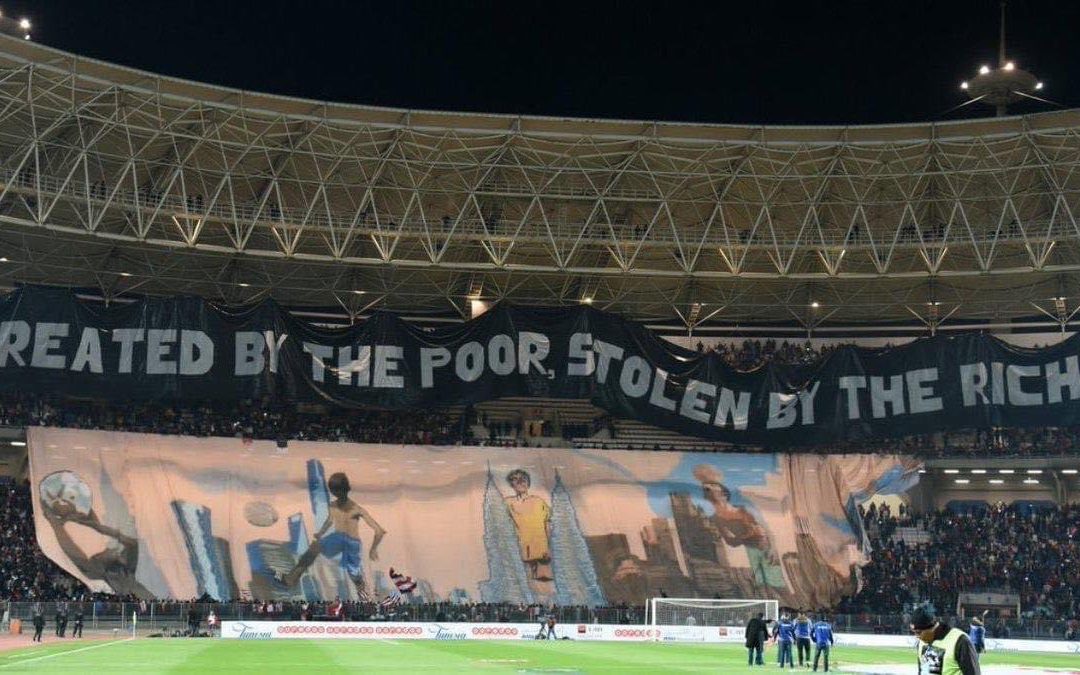 I’ve been a Manchester United fan since I was seven years old. For the past sixteen years, it’s something I’ve said with immeasurable pride.

On Sunday, when news broke of the breakaway European Super League, which United are proposed to be a part of, it was the first time in my life that I ever felt truly embarrassed to be a supporter of my own football club.

It’s hard to find anything to say about this disgusting power-grab that hasn’t already been said – but what it makes clear is that the everyday football fan, me and you, matters not to footballing oligarchs and corrupt CEOs whose primary concern will always be lining the coffers. The integrity of football risks being absolutely obliterated into non-existence, but not by virtue of the want of the everyday football fan who make the game what it is – football is nothing without fans, but those fans have been betrayed.

In the case of the six English clubs involved, to an extent I understand the intentions of four. Chelsea are funded by an oil billionaire, Manchester City are literally financed by an entire country, while Arsenal and Tottenham are languishing so low in the current European echelons of relevance that they must’ve spat their drink out when an invitation for a ‘Super League’ was extended in their direction. Spurs have a solitary Carling Cup title to their name in the past thirty years, and the last time they won the English top-flight, Harold McMillan was the Prime Minister.

Liverpool and Manchester United are the linchpins of the English game, the people’s clubs, the working-class man’s second home, and now they’ve betrayed the everyday worker upon whose principles they were established. 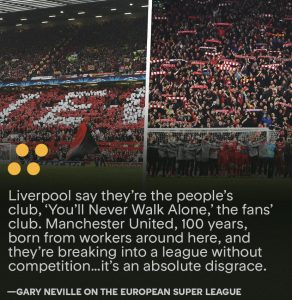 To see this treasonous plot widely condemned internationally is a welcome development, but fans of the twelve clubs involved must never forget what their clubs have tried to do. Sunday’s post-match scathe by Gary Neville was one of the best pieces of sports television of our time, it was outstanding analysis – and with all current circumstances taken into consideration; the COVID-19 pandemic, lower league clubs going bust – the fact that these negotiations even took place is nothing short of a disgrace.

Fans haven’t been present in stadiums since last March as a result of the pandemic but it seems as if the corrupt powers that be that have continued to pollute the beautiful game have forgotten that they even exist at all.

Arsenal drew 1-1 with Fulham, Tottenham drew 2-2 with Everton, Juventus lost 1-0 to Atalanta and Real Madrid drew 0-0 with Getafe at the weekend and these teams consider themselves to be some God forsaken gift to Earth.

As put by Gary Lineker, it’s likely this plot will die ‘on it’s preposterous and avaricious’ backside, but the whole story is just horrendously grim. I hope that supporters remember this fiasco when their club claims to care about the everyday fan as some form of emotional manipulation to encourage them to increase their brand loyalty by purchasing tickets or buying a new shirt.

It is genuinely nauseating that a power grab worth €3.5bn each to twelve clubs is being marketed as a ‘love for football’ by Joel Glazer, a man who has given one interview to club media in sixteen years of owning Manchester United.

Clubs think they can sweep up £300m extra every campaign then come back and play with that advantage in their domestic competitions at the weekend. The gap between the Manchester City’s and Burnley’s of the world is already big enough without anyone needing to add to it. The same people calling for an equal playing field and unilateral action on the games most divisive issues have committed an act of treason on the history of the football pyramid. 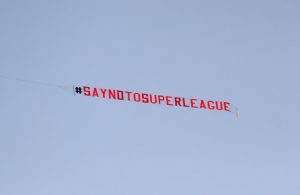 Even looking at the Premier League table at present, you’ve got Leicester City and West Ham United competing for a place in the UEFA Champions League. What does this move say to clubs like them? Well done on your achievements, but you’re not rich enough anymore and we’re going to play in the bigger stadium, you can’t afford the membership fees, give us back our ball?

If the European Super League goes ahead, I would denounce my support of Manchester United and support a football club that actually withholds some semblance of integrity. People have always thrown the argument that Irish people shouldn’t support overseas football teams and should support their local League of Ireland club instead, but then again after watching Waterford on Friday night, that would probably attach enough misery to push any sane soul to
the brink of insanity.

Thankfully, the opposition to the move and the requisite sanctions are seemingly too strong for the prospect ever to come to fruition, but a piece of wisdom from Aristotle will stick with me for a very long time as a result of this scandal. 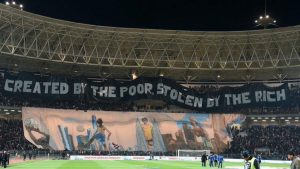 Football – created by the poor and stolen by the rich, as is the case with many of life’s finer things.

“Democracy is when the indigent, and not the men of property, are the rulers.”

These soulless plans are beyond belief, as is the fact that those at the heart of it believe that it can just be established without opposition and all fans and governing bodies will just bow down accept its arrogantly apparent ‘superiority’. The European Super League is just a complete lack of understanding about our game, our traditions, what we love about football and what is in our hearts when we watch it and play the game.

Money talks, and sadly, it’s voice is so often louder than that of those who speak with wisdom and guidance.