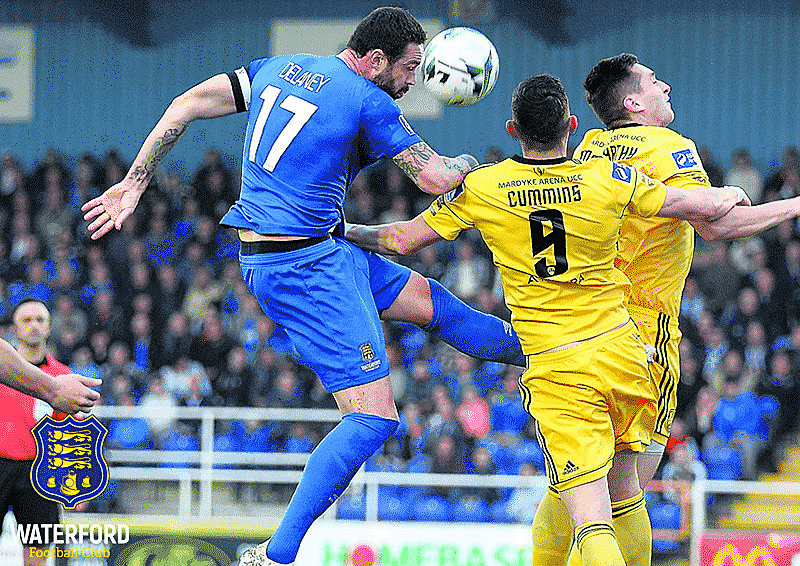 As the countdown continues to the new League of Ireland season (gets underway in February) thankfully our beloved Waterford FC will be performing in the Premier League for the third consecutive year. Following ten dreadful years in the First Division the club won that grade in 2017 and that was the aim of the owner Lee Power when he took control the previous year.
He demanded that promotion was gained at the first attempt. The squad did remarkably well in 2018 in the Premier League and a 3-1 victory in October over Bohemians secured European football for the club, or so we thought. 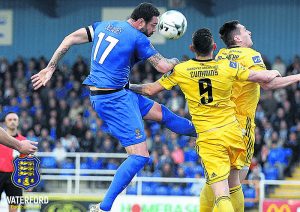 : Damien Delaney the Waterford FC defender and captain retired during the 2019 season.

Now of course we know the European dream was snatched away by a series of alleged broken promises and a 12th hour objection by St Patrick’s Athletic.
That fact hurt the owner, the players and of course the supporters and for a period of time relegation back to the lower grade looked a real possibility in 2019 but in fairness to the players, who lined out for the club following the mid-season break, they buckled down and the threat of relegation was well and truly forgotten about long before the last game of the season at home to UCD.
Since that match players such as Rory Feely, Georgie Poynton, J.J Lunny, Shane Duggan and Walter Figueira have left the club and there is a strong possibility that more will also depart. The player statistics for the past three seasons are truly remarkable and when a squad is assembled for 2020 hopefully it will be a settled one for the majority of the new campaign. The idea of bringing in loan players is a double-sided sword and that fact is borne out by the fact that Aaron Drinan finished last season as the clubs leading goalscorer although he returned to Ipswich Town during the mid-season break and never returned.
Loan deals are fine if they are season long loans. We had the same situation with players like Scott Twine, Courtney Duffus and Tom Smith during the past three years.
Fine players but only here for short periods. Then we had the departure of players like Izzy Akinade and Karolis Chvedukas this year under strange circumstances which were never fully explained.