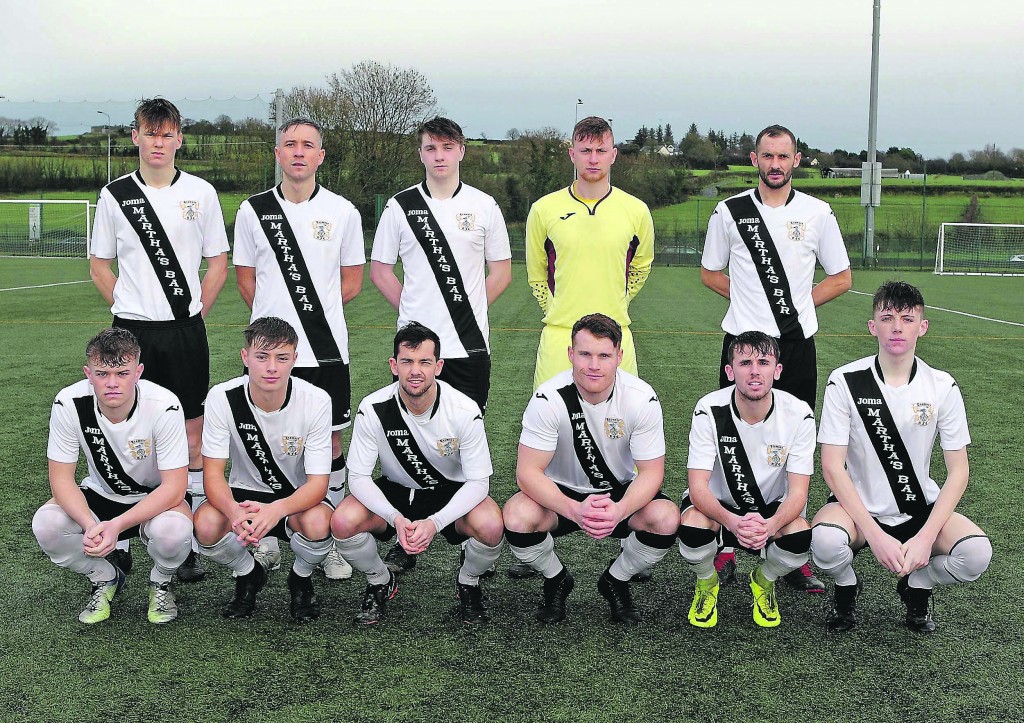 Tramore who defeated Athenry in the FAI Junior Cup in Carriganore

Tramore won a truly dramatic FAI Junior Cup game at Carriganore on Sunday afternoon and as a result they will now play Willow Park from Athlone in the next round in Graun Park. With literally just seconds left in extra- time Leigh Quilty, the Tramore manager, had no option but to bring on Dan Morrissey, the goalkeeper who was named on the match card because full-back Sam Sheppard had to leave the pitch injured.All the other outfield players had been already introduced and desperate measures were the order of the day. With the penalty shoot-out standing at 6-6 the Athenry goalkeeper T.J. Forde blasted the ball over the crossbar and up stepped Dan Morrissey and he made no mistake with Tramore’s seventh spot kick and his wonder strike sent the Seagulls through to Round Six.
It was the stuff dreams are made of. Sean Browne went close with a low shot for Tramore after six minutes and Ryan Shaughnessy’s effort for Athenry after 21 minutes went narrowly over Craig Dunphy’s crossbar.
The visitors took the lead however on 24 minutes. Gary Forde picked out Jamie O’Driscoll who gave Craig Dunphy no chance with a sweet strike from 25 yards.Dunphy denied Athenry four minutes later when he made a brilliant save from a Cathal Fahey shot.The Seagulls got back on terms with a goal completely out of the blue on 52 minutes. Lee Kavanagh picked up the ball 35 yards from goal and his blockbuster flew past the helpless T.J. Forde in the Athenry goal. Five minutes later Forde had to be at his brilliant best to prevent Brandon Deady from putting Tramore in front for the first time. 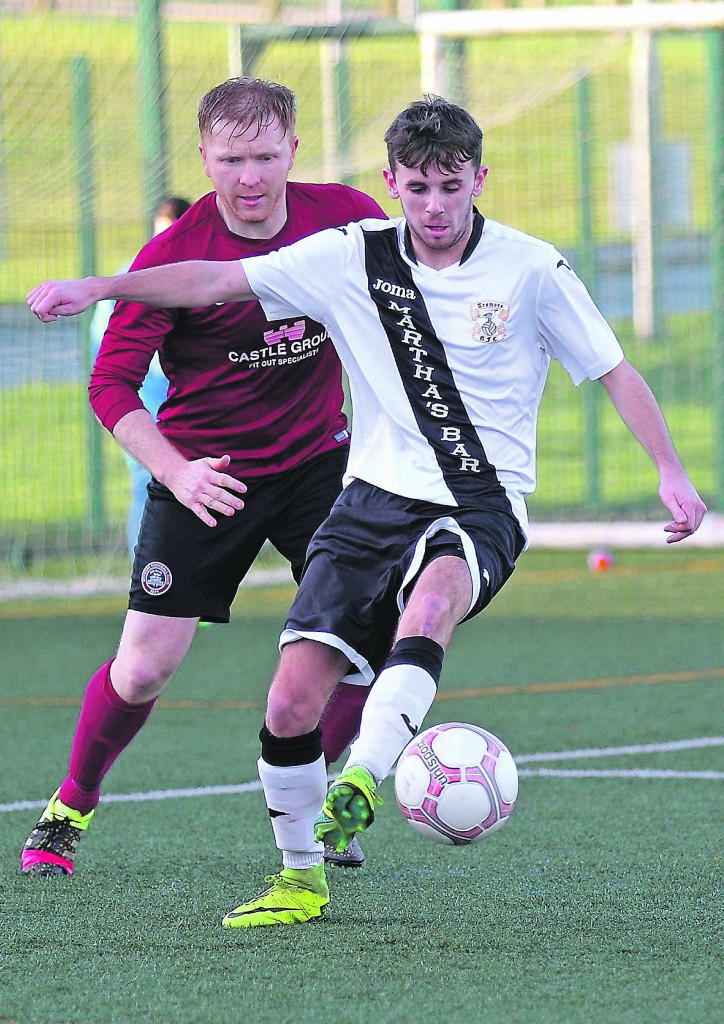 Tramore’s Sam Sheppard out in front of Athenry’s Paddy Quinn.

Graham Broughall produced a stunning save from Craig Dunphy with five minutes left on the clock.
The resultant corner-kick caused havoc inside the Tramore six yards box and Nathan Ward smashed the ball off the crossbar before Michael Caulfield hacked the ball downfield.Neither side could find a winner during the extra 20 minutes so the contest had to be decided by a penalty shoot-out. Athenry went first and Gary Forde, Steve Cunningham, Stephen Reklanhan, Seamie Crowe, Nathan Ward and Gary O’Connell were all successful. Lee Kavanagh, Brandon Deady, Gary Hunt, Conor Butler, Michael Caulfield and Tom Carney were all spot on for Tramore. The seventh penalties proved decisive. Visiting goalkeeper T.J Forde took the seventh Athenry penalty but he shot high over the crossbar.
Up came Dan Morrissey, much to the surprise of many, but he made no mistake as he sent Forde the wrong way with his spot kick. It was a fairytale end to the game and now Tramore will carry the Waterford League banner into the next stage.