A delighted Paraic Fanning saluted his victorious Waterford side, who superbly weathered the loss of Mikey Kearney to press on for a deserved National Hurling League Semi-Final win on Sunday last. Reflecting on his side’s second win over the Tribesmen in three weeks, the Waterford manager described his side’s progression to a national decider as “fantastic”.
What made the second half turnaround possible from the Déise boss’s perspective? “Work rate,” he replied. “Plenty of heart too; there was massive desire shown there by the boys to get over the line and to do something for Waterford. We moved things around a little bit, I think we tried everything because we had to. I thought we did really well and we controlled that second half for long periods in difficult conditions.” 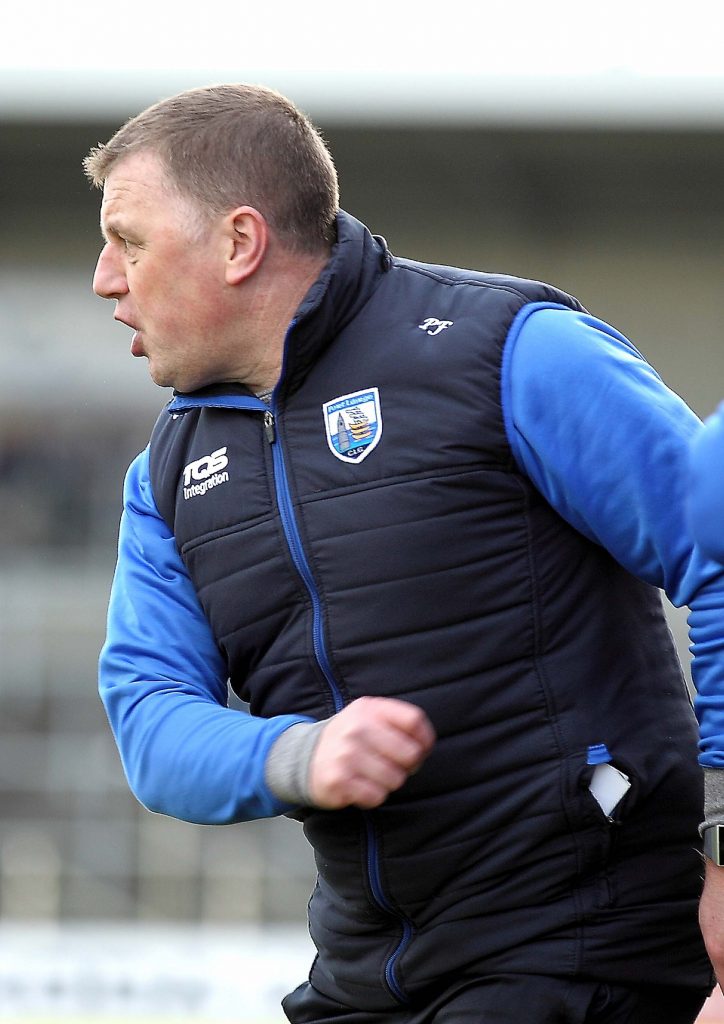 Reflecting on the words shared at the interval, Fanning stated: “We just felt at half-time that we weren’t implementing things we’d worked on. There were things we weren’t as tuned in on so we just re-enforced things a little bit and had a little chat; we were still well in the game and with these boys you’re always in the game and we always feel that. We weren’t tearing paint off the walls or anything…we got a bit of feedback from the boys in terms of what they were seeing on the field as well and then we imposed our game a little bit and played it more on our terms. I think we got there in the second half; we obviously had to adapt when we went down a man but that’s the game, you have to play what’s in front of you and we had to deal with that, and we did.”
The introductions of Jack Prendergast and Peter Hogan went down a treat, with both players pointing impressively as the Déisemen gained second half momentum.
Expanding on his team’s impressive second half recovery, Paraic Fanning continued: “Look, every sub and every player we’ve used in this League – and I said it to the lads the other night – I don’t think there’s one player who hasn’t contributed in any game. Every single one of them has contributed and that’s a big thing for us. And we wouldn’t be in a National Hurling League Final only for the contribution of every single player in the squad and I think we’ve used nearly everyone, bar the lads who were injured and can’t play and that tells its own story.”
As for Mikey Kearney’s red card? “Ah, I didn’t really see it…but we survived it and that’s it. There were a few other few things but I’m not bothered about them now – obviously I would have been had we lost – but sometimes you get breaks…I felt at the time there was something else that should have been picked up on but it wasn’t, but they’re small things. At the end of the day, you had two great teams that went toe to toe and we came out on top.”
Keeping Galway scoreless for almost half an hour during the second half played a huge role in securing victory for Waterford, and the manner in which they dug in following Kearney’s dismissal was particularly impressive.
“It probably showed the benefit of talking a few things through and lads knowing their jobs a little bit and that helped. To come back into the wind, down a man and having been down at half-time, you couldn’t ask for more. I could not say or do anything other than to praise the lads and we’re delighted to be in a National Hurling League Final in Croke Park and that’s where we want to be playing all the time if we can.”
The last four weeks of League action will surely serve as the ideal ‘shadow’ preparation to the hectic Munster Championship campaign? “It’s ideal and the level has gone up each week; it went up again today and it’ll definitely go up again next week when we’ll be playing the All-Ireland champions who are probably the best team in the country at the moment. That’s another challenge for us and we’re excited about that. It’s great to go to Croke Park and go toe to toe with the All-Ireland champions.”