Waterford show mettle to advance to League Final
How good was that? A victory engineered through collective character and unflinching will saw Waterford get the better of Galway for the second time in three weeks. At the turn of 2018, we’d have bitten off any hand making such an offer in the wake of last year’s disappointment.
If the wider hurling world wasn’t already sitting up and taking note of a rejuvenated Waterford, it’s fair to assume that Paraic Fanning’s men are no longer under the radar.
That they defeated the 2017 All-Ireland winners without firing on all cylinders, as Ken McGrath and John Mullane both mentioned to me on Sunday evening, has got to be a source of even greater encouragement. We know there’s more in these lads. They know it too. 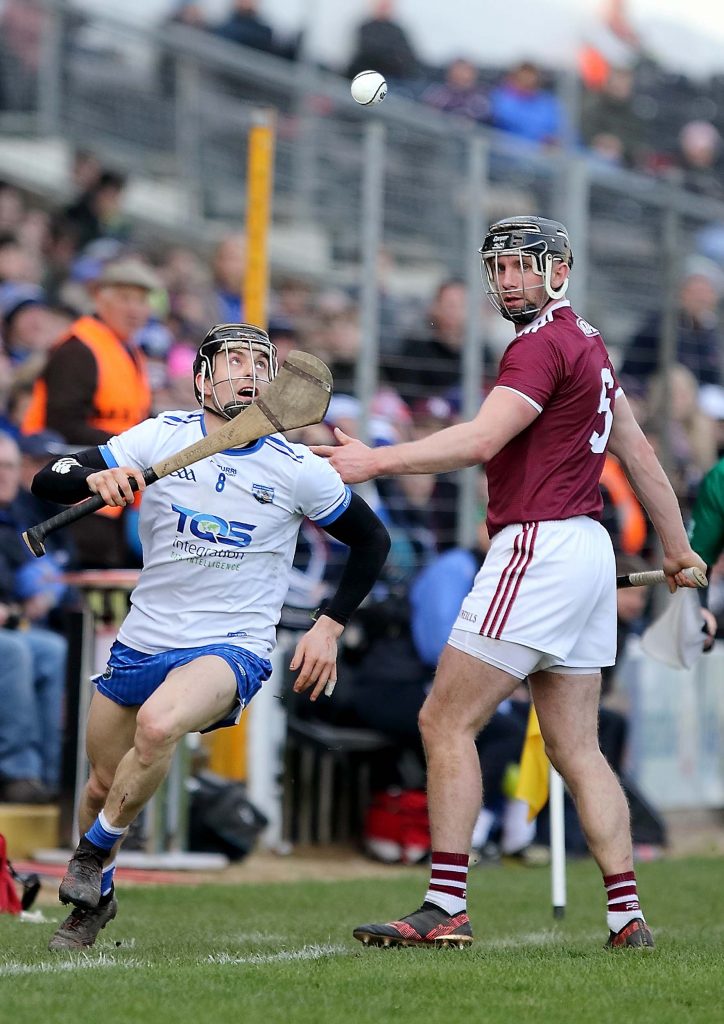 All-Ireland champions Limerick await in Croke Park next Sunday with the first national title of the year on the line, surely the perfect pre-Munster Championship preparation for a buzzing Port Láirge. Yet such a victory looked some way off as Galway roared out of the Nowlan Park blocks, racing into a four-point lead after only four minutes, and extending that to five points just three minutes from the interval.
As half-time approached, a Stephen Bennett free struck from inside his own 65 flew all the way into the Galway net and left Waterford firmly in touch, despite Galway enjoying the better territory and possession for most of the first half. There was a doggedness and steel to Waterford’s play, with their commitment to chasing, harrying and tracking down a notable feature of a half in which they rarely replicated the levels of poise and flow demonstrated against Clare. But their effort levels were never in doubt.
This composure, aided by two superb Stephen O’Keeffe saves, ensured that an admirable Waterford, featuring flashes of pace and width, remained firmly in the contest by the break, trailing by just two points (0-12 to 1-7). “We just felt at half-time that we weren’t implementing things we’d worked on,” reflected Déise boss Páraic Fanning. “There were things we weren’t as tuned in on so we just re-enforced things a little bit and had a little chat; we were still well in the game and with these boys you’re always in the game and we always feel that. We weren’t tearing paint off the walls or anything…we got a bit of feedback from the boys in terms of what they were seeing on the field as well and then we imposed our game a little bit and played it more on our terms.” And that Waterford duly did.
Despite playing into the wind (which admittedly did swirl at stages on Sunday), Waterford, as they did over the previous two Sundays, made the better of the conditions, even after losing Mikey Kearney to a second yellow card in the 54th minute. Whereas Galway didn’t play the percentages nearly as well when it came to shooting options, Waterford remained focused and maintained a level head in front of the uprights, edging ahead nine minutes from the time thanks to the outstanding Callum Lyons.
The sight of Joe Canning being stretchered off in the game’s closing minutes was one no hurling lover will have elicited any satisfaction from, with manager Micheál Donoghue later confirming a groin problem for Canning. However, the thundering and wholly legal shoulder delivered by Kevin Moran as the Galway talisman bore down on goal underlined Waterford’s intent, superbly exemplified in the wake of Kearney’s dismissal. These lads will back down against nobody, and Sunday’s meeting at HQ with Limerick will offer another barometer of the Deisemen’s progress under their new management, in what has been an outstanding opening act for Páraic Fanning, James Murray and Pa Kearney. Croker awaits!