Home » Sports » The Final Furlong: A week beyond the wildest of dreams

The Final Furlong: A week beyond the wildest of dreams 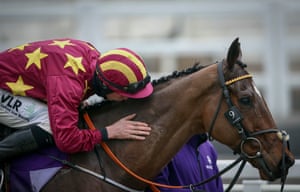 Adversity is not always a stumbling block. At times, it proves to be a stepping stone where the only way is up – forging a path to greatness.

It’s incredibly hard to find the words to sum up some of the things we’ve been lucky enough to witness in the past week, but I’m going to try to.

With the world of horse racing the victim of vigorous condemnation and tongue lashing, the Cheltenham Festival needed to stand up and deliver for an industry which found itself the subject of so many complex questions. For four days, it answered with grace, vigour and aplomb.

In the past, I’ve looked forward to the Cheltenham Festival like a child at Christmas. Yet there was something different about the run-in this year, it just didn’t feel right. Tons of short-price favourites, an expectation of domination from the Irish (Willie Mullins in particular) and the consistent negativity surrounding the sport didn’t conjure the ingredients for anything magical – yet it was magic that we were served.

From a local perspective, what can be said about Henry De Bromhead that has not already been said? What I will simply say is this.

Henry De Bromhead’s achievements at Cheltenham place his name not just in the pantheon of great Waterford sportspeople but in the same stratosphere of Irish sporting greats. To win the Champion Hurdle, Champion Chase, and Gold Cup all at once is right among the greatest ever achievements in Irish sporting history, and there is no one more deserving of their name being forever etched in folklore than a quiet unassuming man who runs a steady ship at Knockeen.

Rachael Blackmore’s outstanding six winners at the festival will simply never be forgotten. She is a trailblazer in women’s sport, achieving things that most men could never but dream of. To quote the Killenaule jockey – “it doesn’t matter what you are”. She is not just the best female jockey on the scene at present, she is the greatest jockey in general. Whatever about winning, it’s important to win with style. Rachael’s tactical nous was in a league of its own this week, not only did she beat the big boys, she took them to the cleaners. 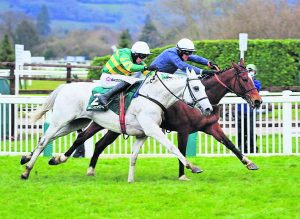 Colreevy’s victory, dark silks in tandem – came 44 years on from Meladon’s success for the Flynn family in Dungarvan.

The story of Heaven Help Us winning the Coral Cup is one of fairytale calibre. Even if you’ve never heard of them, you couldn’t help but be delighted for both Paul Hennessey and Richie Condon.

It was an unprecedented extent of domination by the Irish having had 23 out of 28 winners this week. Every single cent of government investment in the industry can be justified when you look at what the Cheltenham Festival saw the Irish conjure. Of course, questions and sceptics will always lurk in the long grass. The reality is simple. If there’s talent there you don’t neglect it, you nurture it. Ireland is pea-sized compared to most nations yet in the sport of horse-racing, it is the creme de la creme.

The spread of Irish winners was incredible with ten trainers yielding success – from the Willie Mullins and Henry De Bromheads to the Sue Smiths and Paul Hennesseys. Almost every locality had a success story to celebrate, but none more so than Waterford.

Many people older than me fondly remember Meladon and the Flynn’s in the 1977 Triumph Hurdle. Dawn Run holds a place in history – the only horse ever to win the Champion Hurdle as well as the 1986 Gold Cup. There was Montelado, Fissure Seal and Shuil Ar Adhaigh in 1993. 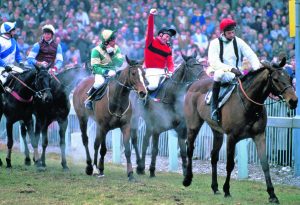 A delighted Jonjo O’Neill on his way to the parade ring after Dawn Run won the Gold Cup in 1986.

For me, I’ll be telling my grandkids where I was the day Jack Kennedy and Minella Indo won the Gold Cup, the way I roared when Put The Kettle On and Aidan Coleman landed the Queen Mother Champion Chase, and the astonishment I felt at the ease of how Blackmore and Honeysuckle commanded the Champion Hurdle.

It’s not often sport brings a tear to my eye. There’s only a few times I can think of it – Manchester United winning the Champions League in Moscow in 2008, the day I heard Sir Alex Ferguson was retiring in 2013. Robbie Brady’s goal against Italy in 2016, the All-Ireland final heartbreak of 2017. You can add Minella Indo’s win to that list.

The words of Kieran O’Connor struck a chord this week – ‘Kilkenny had their King Henry, now Waterford has a King Henry too.’ 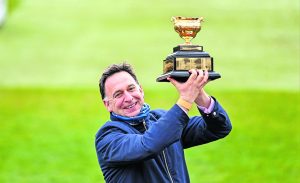 What a joy it was to see the Flynns in Dungarvan strike their own success with Colreevy, 44 years on from their joy with Meladon in the Triumph Hurdle. She is a mare they have shown tremendous belief in, and it’s so wonderful to see that that has been rewarded on the biggest stage of all. The Flynns have brought a lot to Dungarvan down the decades, and their success is something that was universally celebrated by all in the locality as ‘one of our own’.

The 19th of March 2021 is a day that’ll be talked about in 50 years time. I’ll still gladly be burning ears off about it. Roll on 2022 – let’s do it all again, with crowds there to cheer the most extraordinary and memorable of days. Days which we could only of dreamt of last Tuesday, that we now never want to forget.