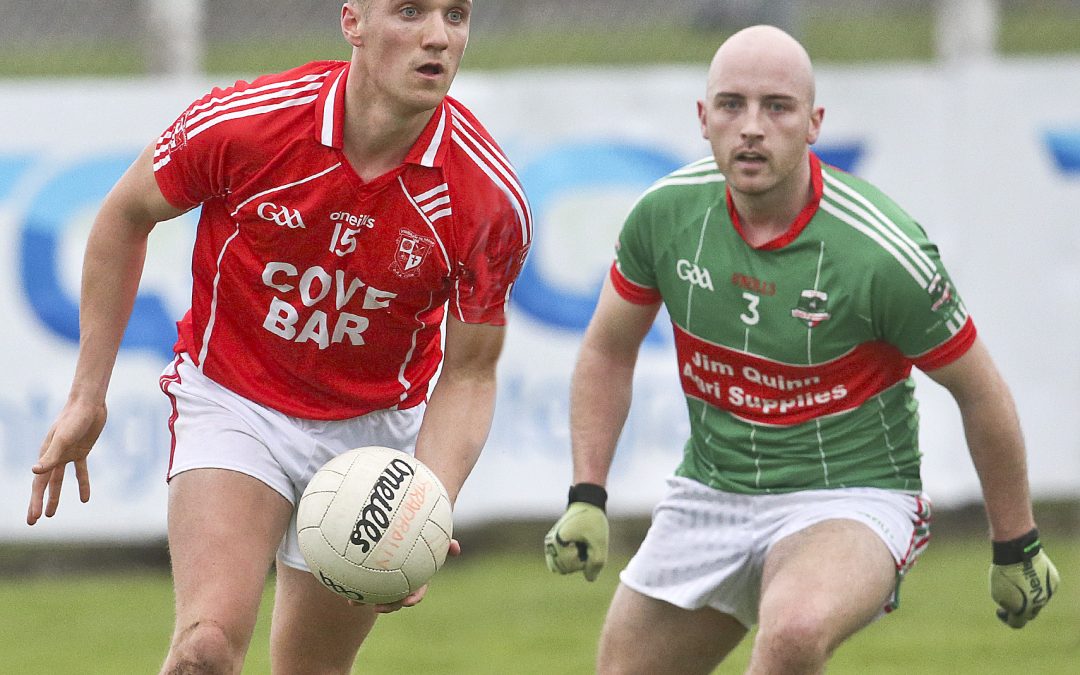 County Senior Football Championship Semi-Final
Rathgormack 0-14
Stradbally 0-8
Rathgormack reached the county senior football semi-final for the first time since 2001 when they defeated Stradbally by six points at Fraher Field on Sunday.
The final score accurately reflects the pattern of the game as from the throw in Rathgormack were the better of the two sides.
In fact you could well argue that the men from the Comeraghs could and should have won this game by an even bigger margin than the six points they did.
Over the course of the sixty plus minutes Rathgormack played some very good football and if they can replicate the performance served up here, they have to be serious contenders to bring their number of championship titles into double digits. 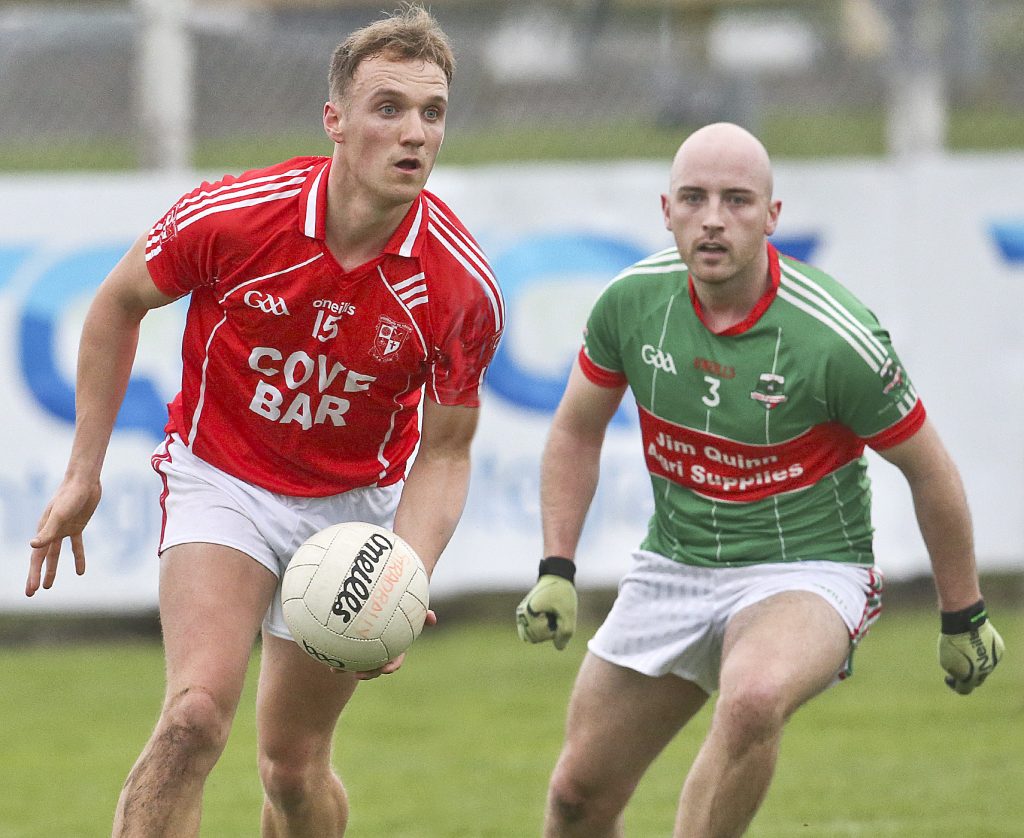 Stradbally's Eoin O'Brien in possession against Rathgormack's Conor Walsh during the semi-final of the county Senior Football Championship in Fraher Field.

Rathgormack opened this game in whirlwind fashion and although they only led 0-2 to 0-1 after ten minutes, they were unlucky not to have added more to their tally as Conor Murray, Billy Power and Jason Curry all hit early wides for the side in green and red.James Power, who was listed as a sub but who started this game instead of John Kirwan, opened the scoring on four minutes and they doubled their advantage three minutes later when the very impressive Conor Murray split the Stradbally posts.
Eoin O’Brien hit Stradbally’s first score on ten minutes but it was quickly followed with similar efforts from Robbie Flynn and Paul Drohan to extend Rathgormack’s advantage. Rathgormack were very unlucky not to have been even further in front at this point as Jason Curry’s shot at goal was brilliantly saved by Eoin Cunningham in the Stradbally goal and when the ball fell to Drohan, his shot on the volley ballooned high over the crossbar while facing an empty goal.
Michael Walsh hit Stradbally’s second score on 16 minutes. Kevin Lawlor took a quick 45 and found the veteran inter county hurler who made no mistake from in front of the Rathgormack posts.
Billy Power and Conor Murray extended Rathgormack’s lead with points four minutes apart and when Jason Curry put over a free seven minutes from the break it was looking very good for Rathgormack.Stradbally appeared to be handed a lifeline on 28 minutes. Paddy Kiely sent in a probing ball in around the town end of the ground and as Kevin Lawlor was about to get on the end of it, he was upended by James Power and referee Alan Kissane immediately indicated for a penalty.
Lawlor placed the ball on the 12 metre line to face Padraig Hunt in the Rathgormack goal who saved, pushing the ball off his right hand upright. The ball came back across the goal but no Stradbally player was able to get to it quickly enough and the chance was lost. A goal at that point would have seen the Cove Men trail by just one, but instead they turned around trailing 0-7 to 0-3.
Stradbally made changesat the break bringing on Liam Fennell and Ger Power and early on it looked as if they could turn things around as they started with an early point off the boot of Eoin O’Brien.But this was as good as it got for them as Billy Power, Conor Murray and Stephen Curry all pointed to give Rathgormack an impressive 0-10 to 0-4 lead with 41 minutes played. Jason Curry pointed from a free with 11 minutes to go. Shane Ahearne cancelled that score out in the next attack but Rathgormack restored a seven point lead on 51 minutes when Jason Curry again split the posts from a free.Conor Murray and Eoin O’Brien swapped scores as Rathgormack began to empty their bench to kill time. But there was still time to play and in added time both sides added one further score each, firstly Jason Gleeson put over a free in the second added minute and two minutes later Eoin O’Brien did likewise in the fourth added minute.