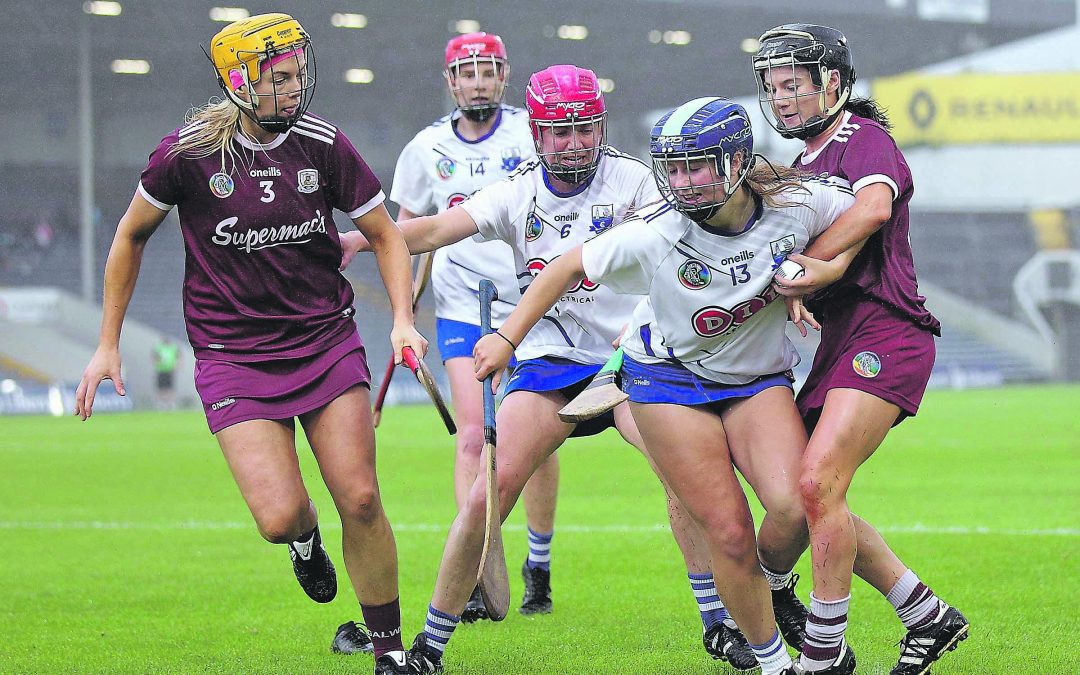 All Ireland Senior Camogie Quarter Final
Galway 2-16
Waterford 2-8
Waterford suffered heartbreak for the second year in a row at the quarter-final stages of the All-Ireland Senior Camogie Championship as they went under to a strong Galway side in the second of two games played at Thurles on Saturday evening last.Galway went into the game as warm favourites to advance to a meeting with either Cork or Kilkenny in the semi-final but they were made to work extremely hard for this win by a Waterford side that refused to give in at any point. 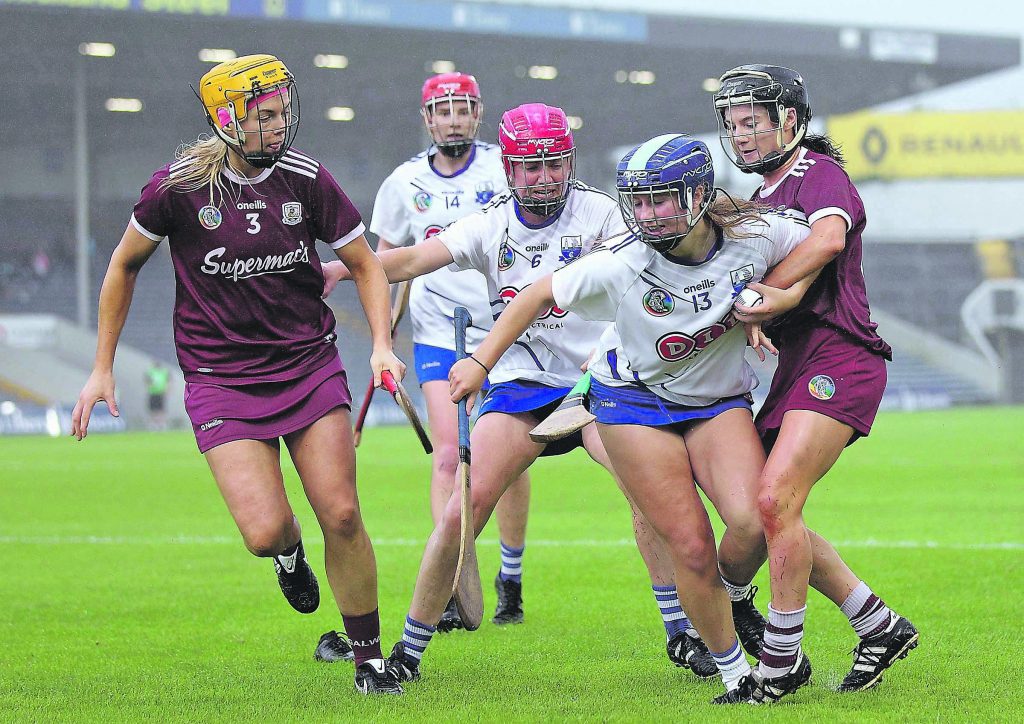 In fact Donal O’Rourke’s side were in contention up to the last five minutes when Ailish O’Reilly netted the westerners second goal of the game to put six points between the sides.Waterford held a richly deserved 2-7 to 1-6 lead at the break, having kept a tight rein on what was a dangerous Galway forward line.The bulk of Galway’s first half scores came from placed balls as the Waterford defence stopped their opponents having shots at goal from play by whatever means they could.
Galway hit the first score of the game, a goal inside 16 seconds, when Aoife Donohue showing how dangerous the Galway attack could be finished past Brianna O’Regan.Waterford however went straight up field and as Beth Carton laid siege on the Galway goal, Heather Cooney fouled the talented De La Salle player.Having dusted herself down Carton made no mistake in the wet conditions from 20 metres when she fired past a three-woman line to level matters, with just under two minutes played.
Carton fired over from play on two minutes to give Waterford the lead for the first time from a Fiona Morrissey cross after good work by Annie Fitzgerald, but almost straight away the De La Salle Club players effort was cancelled out with Carrie Dolan’s first score of the evening.
Beth Carton edged Waterford in front with a free on six minutes and two minutes later the Waterford lead was stretched with an effort from Áine Lyng. Noreen Coen and Áine Lyng, with a huge effort, swapped scores to keep Waterford in front at the end of the opening quarter.Carrie Dolan and Fiona Morrissey put Waterford two points in front with 10 minutes remaining in the first half but two converted frees in as many minutes soon had the eventual winners on level terms.
Another exchange of scores this time from Niamh Rockett and another Carrie Dolan free with five minutes of the half remaining kept things very tight.Waterford however finished the half in great style when a long-range Shona Curran free was dropped in around the Galway goal and keeper Sarah Healy was powerless to prevent the bouncing ball from passing her. Waterford began the second half lively. Sarah Lacey, who has been outstanding all year for Waterford, had a hand passed effort for a third Waterford goal deflected out for a ’45 at the town end of the ground and from the resulting strike Beth Carton made no mistake in opening up a five point lead for Waterford.
However, this was to prove to be Waterford’s last score of the game although they did create chances and in particular goal efforts but Galway’s greater experience helped them to cut off the danger in front of their own goal with a number of telling interventions.At the other end, Carrie Dolan put over four frees in a seven minute-spell to leave her side trailing 2-8 to 1-10 at the end of the third quarter.Although Galway were showing all their experience, Waterford were still very much in contention for a place in the semi-final.Waterford however couldn’t add to the their score tally and Niamh Kilkenny levelled matters with 12 minutes of the hour remaining and almost straight away Kilkenny split the post to give Galway the lead.
Waterford’s chances of getting something from the game were all but ended with just over five minutes to play when Ailish O’Reilly finished past Brianna O’Regan for Galway’s second goal to put her side six points up.The Tribes ladies finished the game with the final scores as Ciara Murphy and Rebecca Hennelly, having come off the bench in the second half, did their chances of staking a place in the team from the start in the semi -final no harm with a point each.