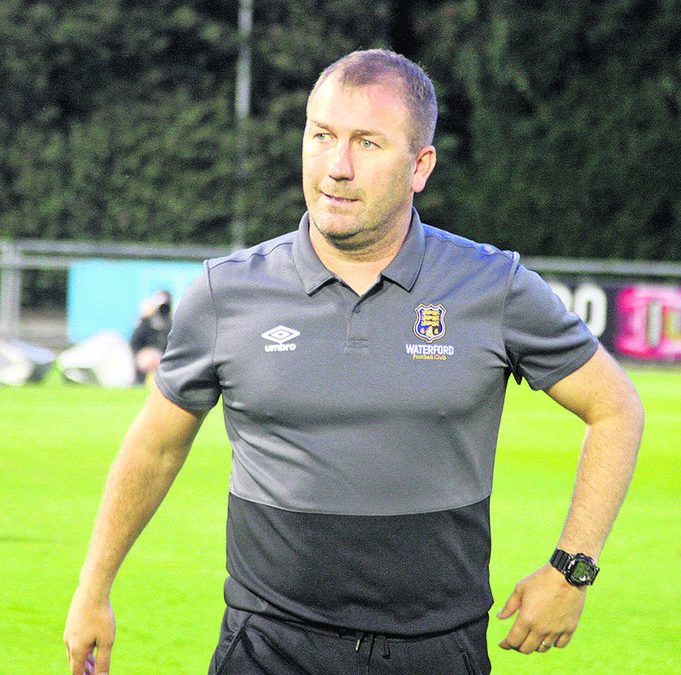 “I’m glad that the hoodoo is finally over up here in the UCD Bowl. Look I thought that when we got the goal early that we had the chance to put it to bed early on and we had a couple of half chances to do that.
“They grew into the game and got better. They are very difficult to play against because they just take chances all the time. I was saying to the players inside that I felt that we’ve played better in our previous five games and got beaten or drawn against Sligo.“Tonight wasn’t good at all, but we’ve come away with a win. We’re delighted with the win because the confidence in there is low. I think that this win will give us all a boost. Also, bar Shane Duggan there tonight, I think that all the rest of the players are from the age 20-22. 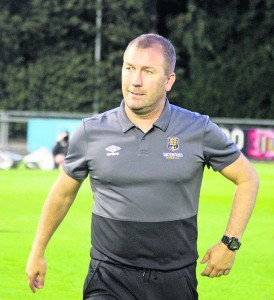 A relieved Alan Reynolds was delighted with the Blues victory at the Belfied Bowl on Friday night last.

“JJ Lunney had a really good chance to get a second goal early in the second half. We played him a little bit more advanced tonight because he can chip in with goals. I think that he’ll be disappointed with that miss. He worked hard on the night, but he should have finished that.“I was disappointed about the goal that we conceded. The ball was played inside especially when we were showing them outside all the time. It was hard to get the ball off them at time. Their player cut inside and it was a good finish, but I think that on another night, Matt (Connor) saves it.
“When they scored that they were the team that were going to go on and win the game, but our lads showed great character. I wasn’t sure what Dean (Walsh) was going to do for the goal and whether he was going to take a touch.“I’ve just said it to him in there that whether he likes it or not he has probably kept me in a job for another week or so. I’m not sure whether he is happy or sad about that! I was delighted with it and I’m delighted for him. He is a great lad with serious potential. What a finish.
“It was like a Van Persie type finish and only the likes of Deano would score a goal like that. It will do wonders for his confidence. John Kavanagh had a good game. You put him in a left-back tonight, but that’s just John Kavanagh. He is solid every time he plays and is in the team now so he’ll be hoping to stay in it.
“My thinking tonight about Rob Slevin at centre back was that I needed balance. Rob is left-sided central defender and because Kevin Lynch has been out, I’ve been forced to put him out there so tonight that was natural for him. He is a player that is still learning and will get better.”