Gunners seeking the next big step 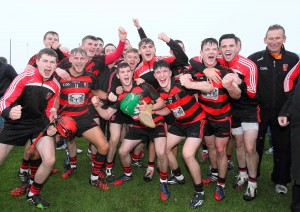 Ballygunner will hope the good times will keep rolling beyond Sunday afternoon.

Ballygunner begins their quest to win a second Munster Club title on Sunday afternoon when they take on Cork champions Glen Rovers at Walsh Park.
Should they advance from this game, the Gunners will play either Limerick’s Na Piarsaigh or Tipperary’s Thurles Sarsfields in the provincial decider on November 22nd.
Ballygunner go into Sunday’s game in good form having won seven of the eight SHC games they played to claim the News and Star Cup, while their opponents have won five of their six Championship games played thus far.
Glen Rovers won a first title in 26 years when defeating Sarsfields at Pairc Ui Rinn by 2-17 to 1-13 scoreline, overturning a 16-point drubbing by the same opposition at the same stage of the competition on Leeside the previous year.
Ballygunner, for their part, became the first side in over a decade to win back to back titles in Waterford when they beat Tallow 0-16 to 0-12 at Walsh Park.
The Glen come into the game having come through a knock-out championship which allows second chances to first and second round losers.
They lost out to Ballymartle in a high scoring 2-19 to 0-23 first round defeat, but recorded their first win in round two where they beat Carrigtwohill by a point in a game where the sides shared 25 points.
That win assured them of a meeting with Bride Rovers and came out on top in a high scoring game, winning 3-16 to 3-10.
In the quarter-finals, they recorded a 1-22 to 2-12 win over Newtownshandrum and saw off a fancied Midleton side by 0-18 to 1-12 come the semi-final.
In the final, the Glen recorded what was seen by many as a surprise win over Sarsfields by seven points, with Patrick Horgan finishing as their top scorer with nine points, with seven of those from placed balls.
Ballygunner began their quest for a 14th Championship with wins over Ballyduff Upper and Fourmilewater before they lost their only SHC game of the year when they went under to De La Salle by 0-17 to 1-12.
Since then, however, it’s been wins all the way for the side managed by former Cork hurler Denis Walsh as they saw off Abbeyside and Tallow in the final two games of the group stages, before accounting for Mount Sion in the quarter-final by 2-12 to 0-12. And having overcome Fourmilewater in a rescheduled semi-final by just a point, the Gunners deservedly defeated Tallow by 0-16 to 0-12 to retain their title.
Horgan aside, wing-forward David Cunningham impressed in their County Final win hitting 1-2, while team captain Graham Callanan at wing back produced a man of the match performance.
Meanwhile, Conor Dorris and David Busteed, occupying the Glen’s corner-forward positions also made telling contributions.
Ballygunner, while minus Pauric Mahony, Alan Kirwan and Wayne Hutchinson from their county final win last year, have also impressed this year and will hope that the likes of Stephen O’Keeffe, Barry Coughlan, Brian and David O’Sullivan, Harney Barnes, Philip Mahony and Shane O’Sullivan can fire them into a Munster Final.
Surprisingly despite their lack of experience at this level with their current group of players, it’s the Cork side that will come to Walsh Park on Sunday with favourite’s tag around their necks.
However, on a ground where the Gunners have achieved so much in recent weeks, months and years, expect the red and black to prove the bookies wrong and to advance to a provincial decider.