Fergal Hartley is focused and enthused by another title shot
Complacency isn’t a word one will find in the Fergal Hartley index. Following five wins, 12 goals and 107 points en route to Sunday’s Senior Final, including two earth shattering dismissals of Ballyduff Lower and neighbours Passage, Ballygunner are undeniably as strong a favourite to retain their title now as Mount Sion during their 1950s pomp. But the manner in which the holders dismissed Passage, an imperious display marked by superb fielding, incisive passing and great finishing, suggests that hunger levels in black and red ranks show no signs of abating. And if they’re doing anything other than champing at the bit again once they cross that white line next Sunday, it’ll surprise all and sundry. “Attitude is huge for us, and I’ve always focus on making sure our attitude is right,” Hartley told The Munster Express ahead of Sunday’s Final. “And once your attitude is right, that usually means that your work rate will be right – and if you go out with the right attitude and work rate, most things that can happen will happen if you’re capable of doing it. All we really focus on most days is making sure that our attitude is right and if we can do that, by and large, and if you’re good enough on the day, then that’s all you can ask for as a manager. So attitude is a huge thing for us, and having the right attitude is vital, and we know we’ll have to have a positive attitude from the throw-in next Sunday.”
That attitude was superbly abundant during their 25-point dismissal of Passage, a display which arguably marked the high-water mark of Fergal Hartley’s tenure as manager. “All you want is your team to work as hard as they can and as consistently as they can over the course of a game, rather than having lulls or ups and downs, and to be fair, they were consistent right throughout that game. But it has to be taken in the context that, for whatever reason, Passage didn’t show up, and I don’t mean that disrespectfully to Passage, but they certainly didn’t do themselves justice, so our performance is probably within the context of a Passage team hurling at well below what they’re capable of producing. Yeah, our performance looked good, but we’d have to put it in the context of the Passage performance, having played them in a League Semi-Final not too long ago, with both teams close to full strength, with us winning with thanks to a couple of points in injury-time after a really helter-skelter game, so we have to take that into account, while allowing for the fact that we got the job done and produced some very good hurling in the process. The lads went out and performed and worked very well so you’d have to be happy with that.” 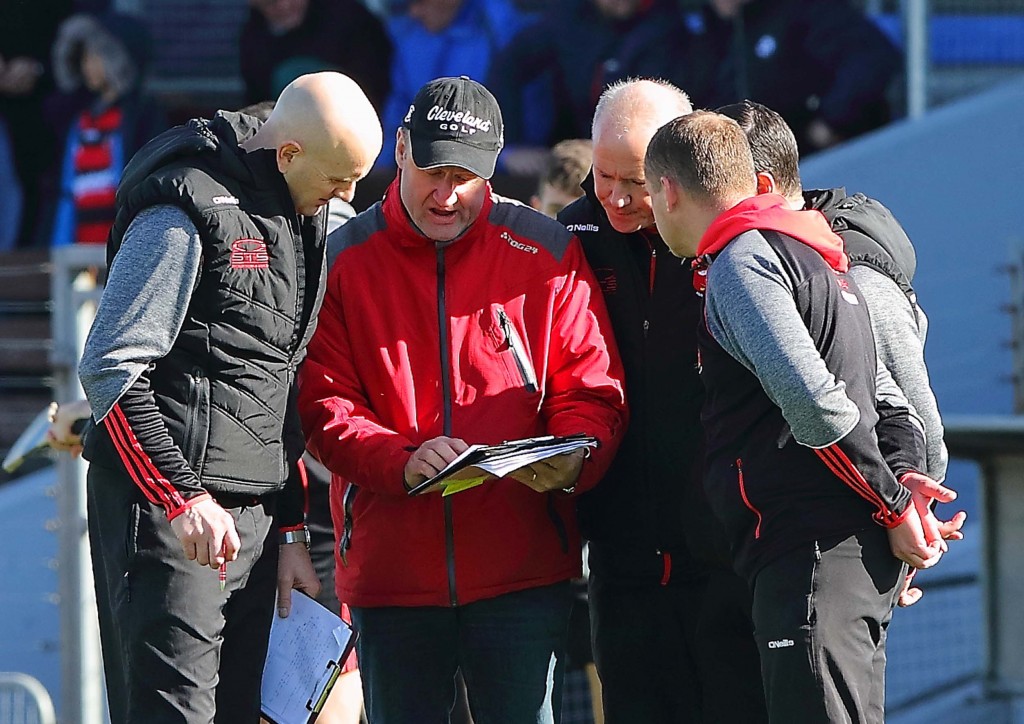 Despite Waterford’s ill-fated Munster Championship campaign, the Gunners boss suggested that the Senior Championship could have been run off with even greater efficiency.
“A two-week run-in for the Final is ideal for both teams, it’s the best window you could wish for as a manager or a player,” according to the Gunners boss. “And while it has been a little easier to plan things this time around, I do think the Championship could still have been played off a bit quicker. We’d a massive break between our game with Ballyduff which was played on the last Saturday in June until we played Roanmore on the 23rd of August, so we’d a seven-week gap followed by a four-week gap to the game with Passage – now I know there was a round of knock-out in between – but that wasn’t ideal for us either. On the one hand, you’re being given plenty of time but sometimes you can have too much time. There’s probably a happy medium in there which would make it more ideal but it’s certainly been better than last year when we were ended up playing nine weeks out of ten.”
As for Abbeyside, Fergal Hartley commented: “They beat Tallow by 18 points in the Quarter-Final and they’ve only conceded two goals in the entire Championship and then they came out against a fancied De La Salle team and ground out a win there in a totally different way to what they did against Tallow; they refused to be beaten and just stuck with it. They showed huge character that day and those are the wins which are generally the most satisfying to win, when the backs are to the wall and you come out all guns blazing and fighting and ultimately get over the line. Those are the wins that are the most pleasing and Peter (Queally) will have been delighted with that. Abbeyside have shown they can do it either way, be it flowing hurling against Tallow or grinding it out against a top team like De La Salle, so I would think that Abbeyside will be full of confidence going into Sunday. And the fact that it’s in Fraher Field will obviously be an advantage to them. The reality is that there’s also going to be a huge crowd from Abbeyside, in addition to the west of the county, and the east too for the matter, and most of them will be shouting for Abbeyside and we’ve no problem with that whatsoever, it’s understandable, it’s the way it probably should be…and these are all advantages which can matter in a tight game.”
When asked how different a feeling it is to approach a game of this magnitude as a manager in comparison to his playing days, Fergal replied: “I’m probably more composed about it now, being that bit older. When you’re playing, you’re worrying about yourself by and large: you don’t have to think about too much else. Obviously when you’re over a team you have to think and worry about lots of different things – all the players of course, and not just the 15 that’ll start, you’ve the whole set-up to take into account – so there’s a lot more to consider alright but in a more composed way when you’re that bit older. So I certainly wouldn’t be as nervous now as I would have been when I was playing.”
As for talk of the ‘Drive For Five’, there’s been none of that within the Ballygunner dressing room, according to their bainisteoir.
“I’ll be honest, I’ve not heard any of that, and if the lads have been talking about it, they’ve kept it among themselves but genuinely our objective, from the start of the year, was to win the Championship. The next objective was to win our group, which we did, and then the objective moved to winning our Quarter-Final and then the Semi-Final. We’ve literally taken this one fence at a time, to take each game entirely on its own merits, and now we’re back in a Final and we know what our objective is for next Sunday. Last year, we didn’t talk about four in a row; this year we haven’t spoken about five in a row. We’ve taken each game as it’s come to us, and we’ll treat the Final the same way we treated both of our knock-out games along with our three group games for that matter (which included a 1-12 to 0-07 win over Abbeyside). We’re preparing for next Sunday just like we have for every other game which has taken us to this point, and that really is our focus.”