Home » Sports » Soccer » "It could have backfired on us"-Alan Reynolds

"It could have backfired on us"-Alan Reynolds

Alan Reynolds was delighted to see his team get back on track after two disappointing results and admitted that making six changes was a risky business.
“We have applied ourselves over the last few weeks and the players have always come in, prepared and have worked as hard as they could. I’ve asked for a little bit more this week when they came in and we’ve gone out tonight and got the result that we deserved.“I’ve asked the players to dig deep because we have six cup finals between now and the end of the season so to get the result tonight is fantastic. That’s one game out of the way and I’m delighted for the players because like I said they have worked hard. 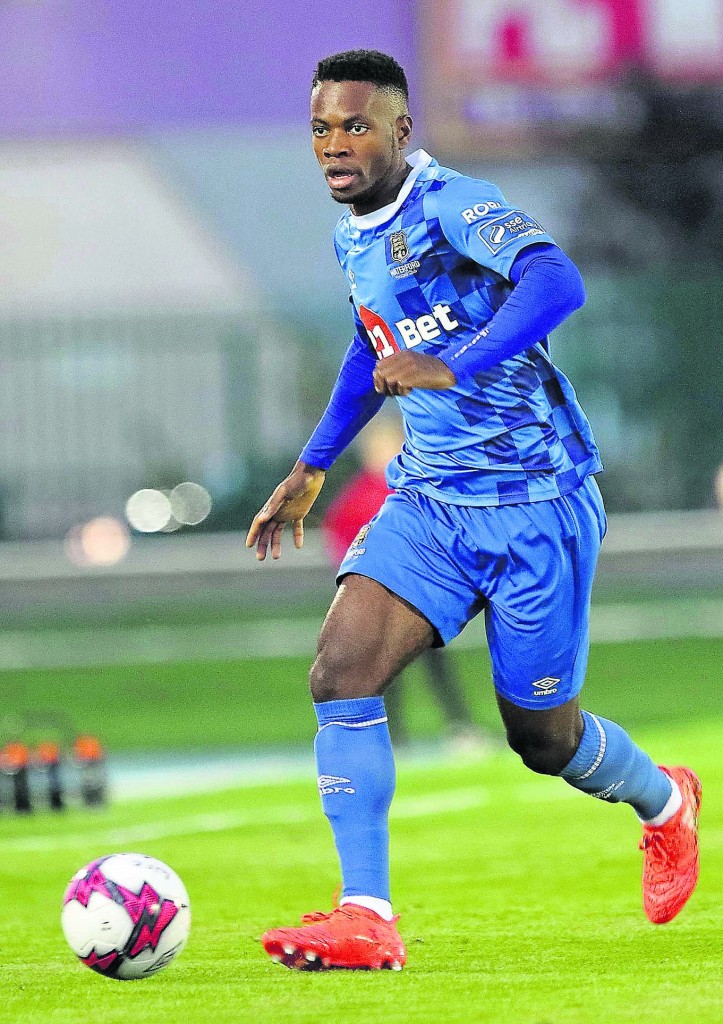 Waterford FC’s Noa Baba passing forward in the second half.

“We’ve made six changes tonight and that’s something that could backfired on us. It didn’t and I’m happy with that. We had to move players around like Rory Feely higher up the pitch, but some of the players needed a rest because they have played a lot of football. There was a lot of young players there and I’m glad it worked.“We have been itching to get Cory Galvin back because he gives us a different option. He was excellent for us tonight and he is a very busy player. He is something different to what we have and he carries the ball well. He lights up the place I would have thought so it was great to have him available tonight.
“It was unfortunate for their keeper to get injured when he did, but I am delighted that we were able to take the chance when we did. We were trying to put them under pressure so lucky enough we were able to get the goal when we did.“I’m delighted for Hunty as well because he was left up there on his own at times and he is always a threat. He took his goal really well. He needed to be patient tonight. It’s going to be a battle for players but that’s what we want here.“John Martin was very unlucky because he would have featured tonight only for he picked up a knock. We will have Bastien back for the game against Sligo Rovers and it’s time for other players to step up to the mark. It’s going to be another big game for us against Sligo next week and we’ll prepare for that game starting now.”