Home » Sports » Soccer » “It's a new squad and it's taking time”. Alan Reynolds

“It's a new squad and it's taking time”. Alan Reynolds

Blues manager Alan Reynolds was happy with his team’s second half display when he gave his reaction to last Friday’s draw with Bohemians.“We just asked for more for a big 45 minutes in the second half and we were much better. If anyone was going to win the game in the second half, it was ourselves.“We could have got caught on the break in the end, but I thought that the second half was a lot better and we need more of that to be honest.“When you look at the game, I think Scott Twine coming on at half time made a big difference to us and Zack (Elbouzedi) is lively and is a real threat. We’re a work in progress at the minute. It’s a new squad and it’s taking time 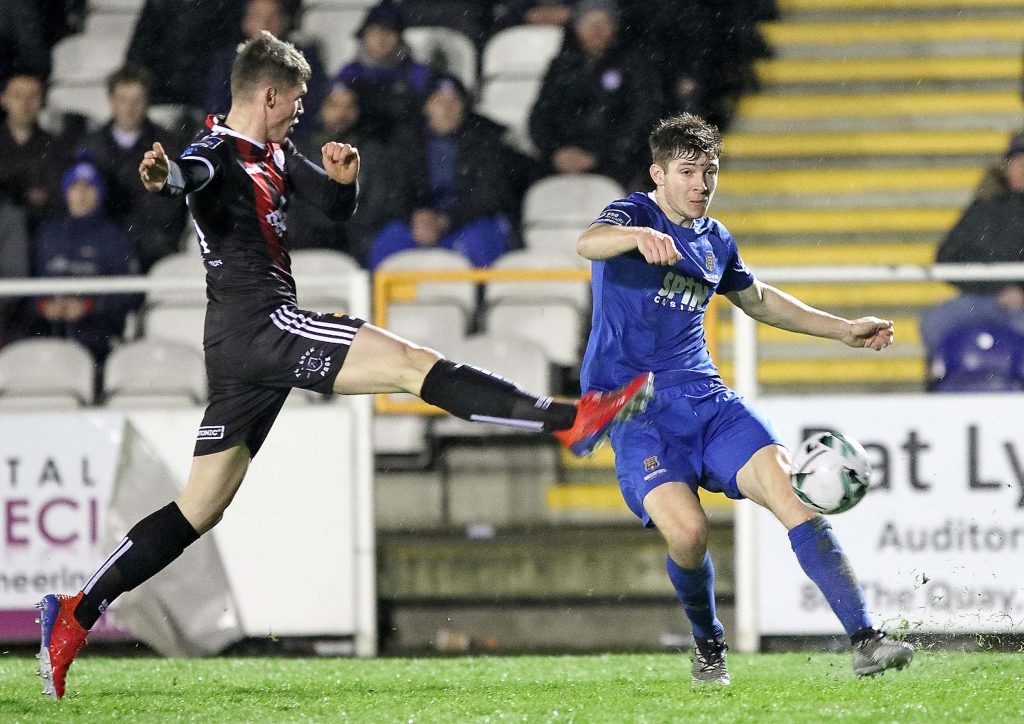 “At times, you look at the group and you look at that game. You can see that it’s a new squad and they are still trying to get familiar playing with each other, but I’m hoping that we can get better as it goes. That’s for sure and I’m sure we will.“I’m just glad to get through tonight’s game and I didn’t want to lose it. We’re working hard to improve all the time and the players care about it, which is important, so there’s no excuses, we’re not going to make any. “When you look at the league at the minute, everyone is after taking points of each other so we’ll look forward to the game against Dundalk next week. The players need a few days off. I’m looking at JJ Lunney and Bastien Héry, they can’t train at the minute.
“Both these players are playing with knocks. Even to get them through games is a lot. We’re asking a lot from them, but they are digging in for us. They want to do it for everyone. They need a few days off so I’m sure they’ll be happy to be back to a game a week for the next couple of weeks.“I thought Kenny Browne was really good tonight. I thought that he should have scored in the second half with the chance that came his way. It was a game that wasn’t easy on the eye a lot of the time, but it’s one that you just have to keep a clean sheet and hope that you can nick something so I think we’re happy with that.“We are a new team and you could see that tonight in the performance. We can’t afford to be missing anyone, we’ll get better as it goes on and I’m happy with the second half. I felt that if anyone was going to win it, it was ourselves so look we’ll move on from this and look forward to Dundalk next week.”