There was widespread relief throughout Déise circles last week when the CCC of the Munster Council confirmed that both of Waterford’s home matches in this summer’s Provincial Championship (Clare on May 12th and Limerick on June 2nd), will be staged at Walsh Park. On Thursday morning last, Munster Council officers and Waterford County Board members met to discuss the use of the venue, following confirmation by GAA Health and Safety Consultants that the capacity for both games is to be set at 11,000.
Said Munster Council Chairman, Liam Lenihan: “I am pleased to confirm that Waterford will play their two home games in Walsh Park on May 12th and June 2nd. (This) decision confirms that all of the competing counties in the 2019 Munster Senior Hurling Championship will have two home games. We look forward to working with Waterford County Board to ensure the smooth running of both fixtures scheduled at the Waterford City venue.” 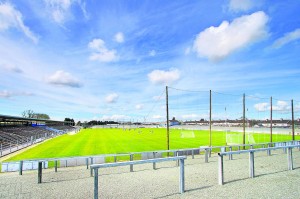 A relieved Waterford County Board Chairman, Paddy Joe Ryan stated: “We are delighted to be playing our home games in Walsh Park on May 12th and June 2nd. Due to a structural issue at the ground in 2018, which significantly reduced the capacity, we didn’t play Senior Hurling Championship games at the ground.” He added: “However, this issue has since been resolved and the capacity set at 11,000. These games will be a big boost for the county and local businesses and we look forward to welcoming the supporters of Clare and Limerick to Waterford City. We are embarking on a redevelopment of the ground, which will bring the capacity to 15,500, including 9,000 seats. ”