Less than a week after a massive defeat in the Munster Intermediate Football Championship, Kilmacthomas showed what stuff they were made of to see off holders De La Salle in last Saturday’s Eastern Junior ‘B’ Hurling Final at the WIT Arena. With the majority of their football team lining out and having not played a hurling match since early September, the fitness levels of Benji Whelan’s side proved a significant factor in the outcome of this fixture. De La Salle, with the benefit the first half breeze, opened the scoring through a Stephen Jacob point inside a minute. Points from Jack Dee (via a free) and Alan Fitzsimons had Kilmacthomas in front after three minutes but after James Stone equalised, De La Salle took the lead through Stephen Jacob’s fifth minute goal. But within a minute, Kilmacthomas restored parity through Adam Walsh’s goal.
Jack Dee then edged Kilmac’ into the lead from a free but after Aidan Gannon pulled back a point for the Gracedieu men, Adam Walsh again found the net for Kilmac with a 21st minute goal. 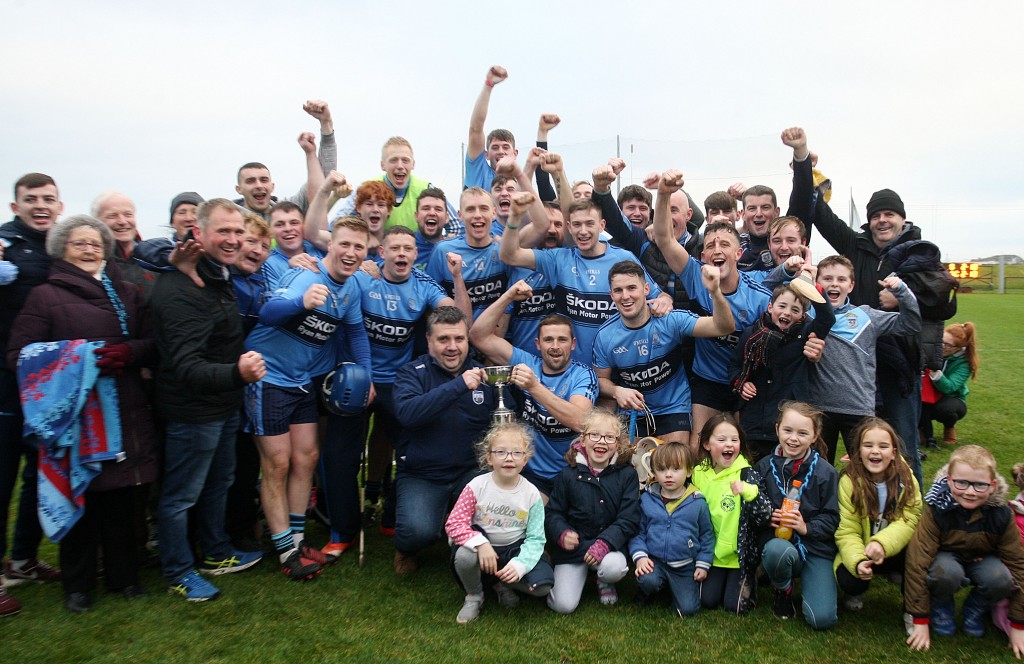 However, three successive points in succession from De La Salle’s Aidan Gannon and one from Eamonn Fitzgerald gave them a 1-07 to 2-03 lead by the 27th minute.
A Jack Dee free restored parity but in additional time at the end of the half, De La Salle goaled somewhat fortuitously when goalkeeper Conor Bohane’s long range free zipped all the way into the Kilmacthomas net. A Jack Dee completed the scoring to leave Kilmac just two points adrift at the break (2-07 to 2-05). After the interval, early points were exchanged by Jack Dee and Lee Hayes but two David Hallihan points by the 40th brought the sides level once more. An Aidan Gannon free put De La Salle back into the lead but by the 50th minute Kilmacthomas had restored their advantage thanks to points from Jack Dee and a superb effort from distance by Peter Hurton. De La Salle kept fighting through a Conor O’Toole free in the 52nd minute but they would score no further thereafter. while a strong finishing Kilmacthomas added match winning points from Adam Walsh, David Hallihan and Jack Dee. Benji Whelan can reflect on a job well done as he takes on the Déise Senior Football management post.