Waterford Premier League
Tramore 1 Southend United 0
Southend United’s opportunity to move back into second place on the league table were dashed in Graun Park on Saturday night last when Cian Flanagan popped up with the winning goal nine minutes from fulltime. This defeat could prove costly for the Tangerines at the end of the campaign. In fairness the young Tramore weathered the storm early on and following the 90 minutes they probably deserved their fourth league win of the season.Southend got behind the Tramore defence after 18 minutes and Glen Hawe was fouled on the edge of the box. David Griffin lined up the free-kick from 20 yards but he clipped the top of the bar.David McGrath then turned the home defence but his low drive failed to trouble Craig Dunphy. 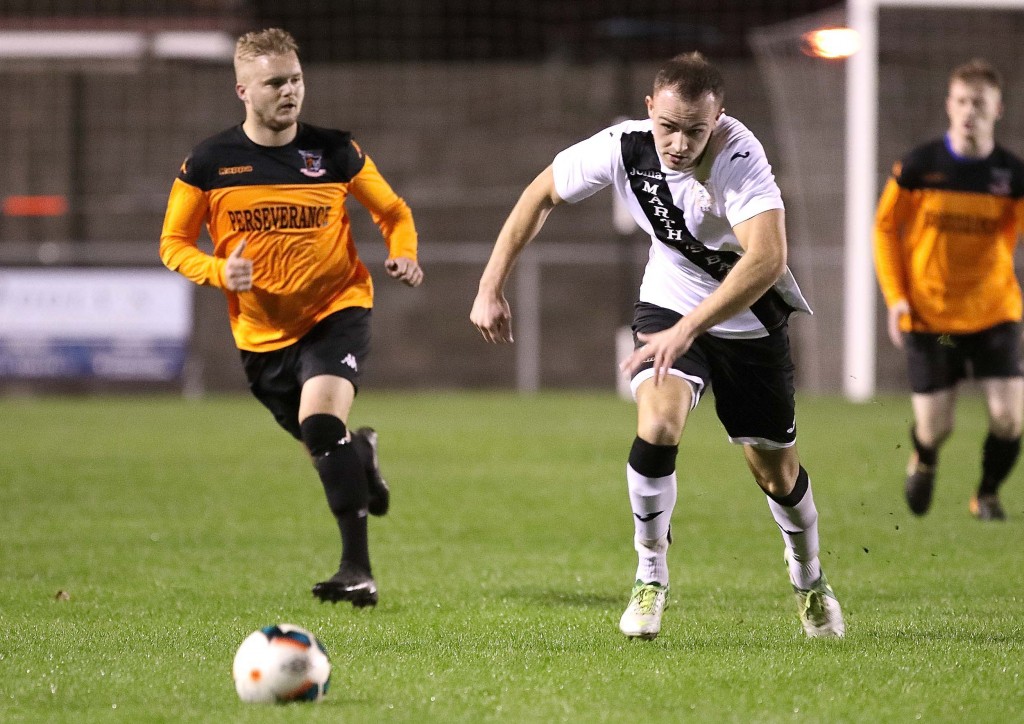 Tramore gradually worked their way into the game and on 30 minutes Josh Douglas fired in a right foot shot that forced Southend `keeper Dylan Power into a good save.
Tramore came much more into the game in the second half. On 47 minutes Cian Flanagan got down the right flank and drove in a cross that Darragh Wall met with his head but Dylan Power saved comfortably.Minutes later Flanagan was on the attack again and once again he found Wall, but again Power was well placed to save.The introduction of Lee Kavangh on the hour mark gave Tramore the confidence to drive forward. On 61 minutes Tramore went close to taking the lead. Kavanagh played a delightful ball in for Sam Sheppard to run onto and his cross fell to Sean Brown but his first time strike came crashing back off the foot of the post. Southend then brought on Niall O’Toole on 63 minutes and his first kick of the ball from a free kick came crashing back off the bar.
Moments later Cian Flanagan crossed for Sam Sheppard but his volley went wide of the far post.
The golden goal arrived on 81 minutes.Lee Kavanagh sent Sam Sheppard flying down the left wing and his cross was touched on by Darragh Wall. The Southend defence opened up and Cian Flanagan took full advantage as he controlled the ball before firing a powerful twenty yard shot that flew into the far corner of the net to give Tramore all three points.