Waterford FC suffered their first defeat in the pre-season series of games when Jake Ellis came off the bench and scored deep into stoppage time to give Bray Wanderers a 2-1 win at the RSC last Saturday.
The Blues went close to taking the lead after just five minutes but Dylan Bartnett’s low right foot shot was deflected into the arms of Bray keeper Gabriel Sava.At the other end former Blues winger Derek Daly took on the home defence but his goal-bound shot was superbly blocked by Kenny Browne. Bray went close again on 12 minutes. Daly drove in a free kick to Joe Doyle but the Bray striker headed over the cross bar from six yards.
Bray took the lead on 22 minutes when Derek Daly raced past two Blues defenders and pulled the ball back to Joe Doyle who tucked home the rebound after his first shot was blocked. The Blues drew level on 40 minutes.
Bastien Hery won the ball in midfield and his clever pass released Trialist C who raced into the box and found the bottom corner of the net with a right foot shot. 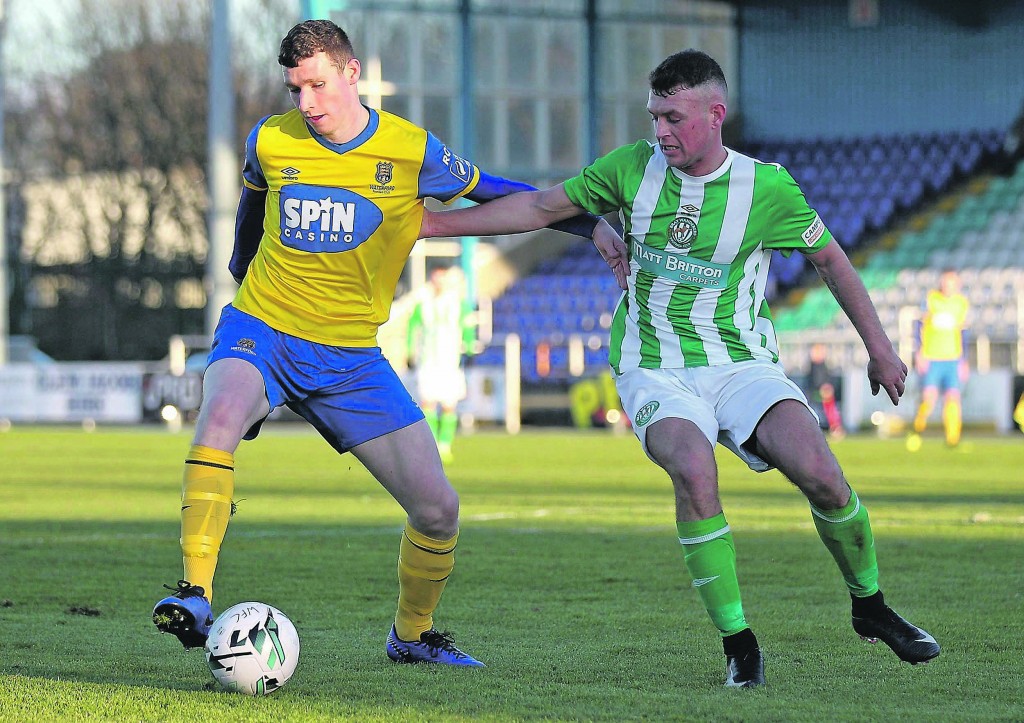 Joe Doyle could have regained the lead for Bray with the first chance of the second half on 56 minutes when he raced clear on goal, but his right-footed shot was inches wide of the far post.The introduction of Dean O’Halloran gave the Blues much needed pace upfront and he had a great chance to put the Blues in front on 67 minutes when he took a pass from Dean Walsh but his shot was wide of the far post. Rory Feely got on the end of a Kevin Lynch cornerkick four minutes later but his close-range header went over the bar.
Blues winger Zack Elbouzedi brought a fine save out of the Bray Wanderers keeper Adam Hayden on 83 minutes when he picked up possession of the ball but his left footed shot was well saved by Bray keeper Adam Hayden. As the game entered injury time Bray came up with a last minute winner. Dragos Manaliga
picked up the ball in the right wing position and drove it across the face of the Blues goal to Jake Ellis who was left completely unmarked at the far post and he fired his shot under the body of the Waterford keeper.