Kilrossanty heartbroken as muscle memory proves pivotal
A cagey, dour Senior Football Final ended on a dramatic note on Sunday last, one which ran wildly out of tune with the tense, defensively minded fare which had set the tone for so much of this floodlit decider at a buzzing Fraher Field. Kilrossanty, who’d made most of the first half running, having demonstrated no signs of stage fright whatsoever, dipped out of contention just as The Nire’s greater muscle memory at this level began to make itself palpable. But, as was the case in both halves, neither team had done enough to put pay to their opponents’ hopes as stoppage time beckoned. Despite dominating the second half, The Nire were made to sweat for every second of the four additional minutes signalled by Alan Kissane in a manner that could scarcely have been contemplated given their post-interval dominance of both territory and possession.
Trailing by two points, and despite only adding two points to their half-time tally, there was still air in the Kilrossanty lungs as they mounted one last attack, piling green and gold shirts into The Nire’s red zone. Latching onto possession, Kilrossanty’s Pa Cunningham sent a daisy cutting shot through a morass of limbs, across The Nire’s goalmouth. The ball, almost moving in slow motion such were the tension levels inside the ground, inched wide of Diarmuid Murphy’s right-hand post before referee Alan Kissane sounded the final whistle. Nire hearts rose while Kilrossanty men slumped to the deck. Twenty-five years after claiming their inaugural senior football crown, The Nire had secured their ninth Conway Cup in front of a gate of 2,454 and they’ll travel to Limerick’s Gaelic Grounds next Sunday for a Munster Quarter-Final clash with Adare.
“It’s a great feeling,” said Nire selector Tom Guiry as relatives and friends rushed onto the field to congratulate their heroes. 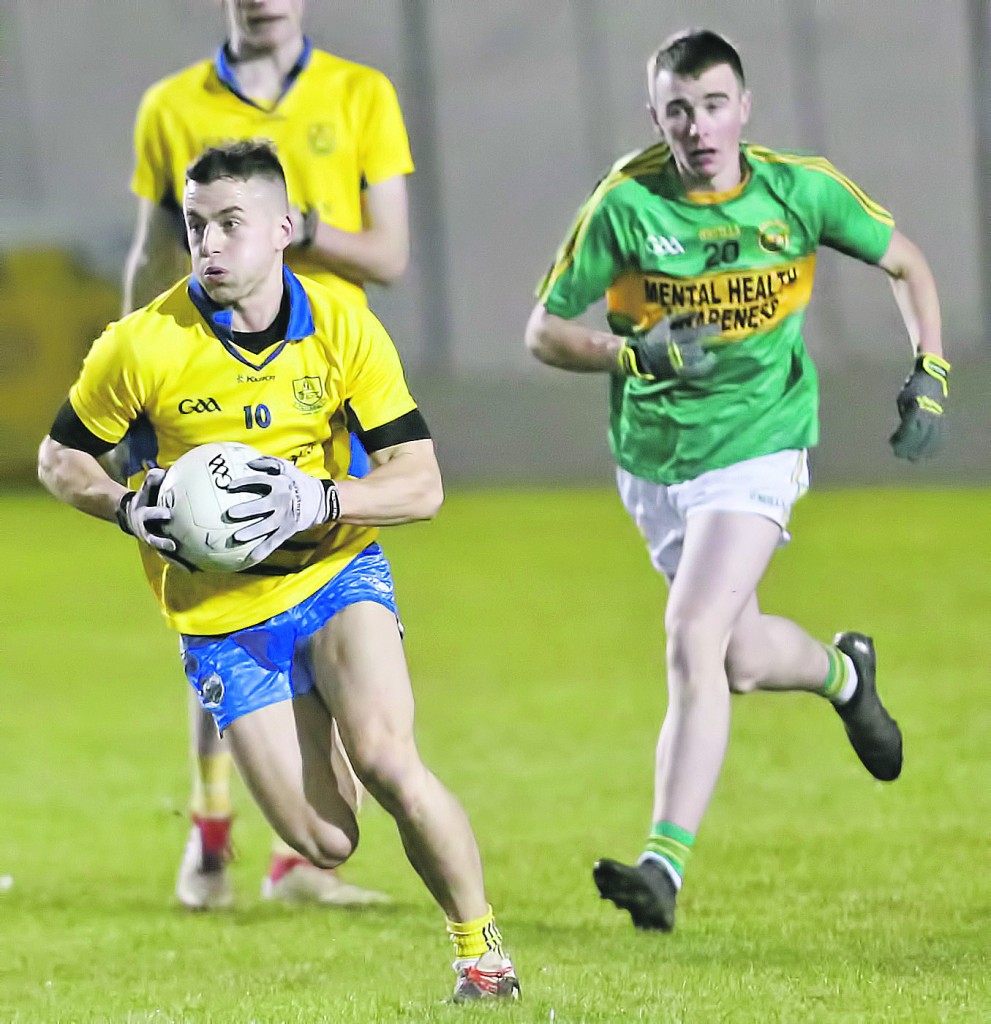 “It was a really, really tough game but we weren’t expecting anything different here tonight. The lads worked really hard – it was probably wasn’t a classic by any means – but both teams really put in a huge effort and, look as you can see with the scramble around our goal there at the end, it was a game that could have gone either way but it really is something to get our hands back on the Conway Cup again – we don’t seem to do things the easy way!”
Having trailed by 0-5 to 0-2 at one stage of the opening half, The Nire showed great composure in taking control of the second half contest, a point Tom Guiry readily agreed with.
“Kilrossanty started the better of the two sides and really brought the game to us and they kicked some great points in the first half, so we really had to work every muscle to get over the line today, which is what we were expecting coming into this match so we’re delighted with the way things turned out for us. Scores were hard to come by there today, but what else can I say? We’re thrilled, we’ve got to try and get the guys recovered for the Gaelic Grounds next Sunday at half three – sure bring it on, that’s all we can say.”