Deise champions go down heavily in Munster Final
Dermot Keyes in Mallow
John Wooden, whose wisdom should be tapped into by more than just a scribe seeking inspiration on a Sunday night, once said that “losing is only temporary and not all-encompassing”. How right he was. 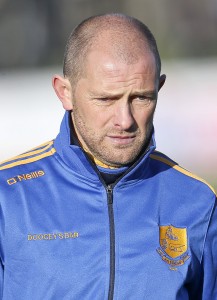 Benji Whelan was disappointed but stoical in the wake of The Nire's Munster Final defeat to Dr Crokes. Inset: Conor Gleeson attempts to shake off John Payne on a misty afternoon in Mallow. See Sport 2 and 3 for more. | Photos: Sean Byrne and Brian Morrissey

On the face of it, The Nire’s 18-point reversal to the superb Dr Crokes in a misty Mallow somewhat hollowed out another productive season for the Ballymacarbry-based club. It certainly wasn’t the season ender any of us with a love for Waterford football wished for our senior champions.
And for players of Brian Wall’s and Justin Walsh’s vintage, men who have clocked miles around the pitches of the county and province for over a decade, one wonders will we ever see them feature in such an occasion again. And if that proves the case, well this certainly wasn’t the hurrah their Herculean efforts merited.
During the pre-match preamble to Sunday’s Munster Senior Club Football Final, I desperately wanted to tap into John ‘Jackson’ Kiely’s energy about Dr Crokes: that their midfield was fragile and that Loughmore-Castleiney had shown The Nire the way to get at them.
But by the 22nd minute, as Daithí Casey completed a superb first half hat-trick of goals, Jackson’s words felt as misplaced as Eddie Hearn ‘bigging’ up another underwhelming undercard, let alone another top billing bout drowning in snake oil.
“The biggest club in the biggest town in the country’s biggest football county,” was how Malachy Clerkin described Dr Crokes to WLRfm’s Kieran O’Connor. Before a ball had been kicked, the Irish Times reporter appeared to sense what was coming. 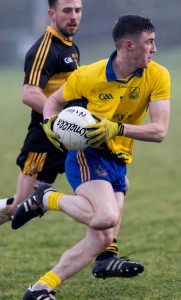 And while it wasn’t the first time a black and amber has engulfed Deise opposition in a major final, even the most biased Nire-tinged perspective tsunami hadn’t anticipated Crokes leading by 3-6 to 0-1 after 22 minutes. By the interval, The Nire trailed by 3-9 to 0-1, and Benji Whelan was left with a near impossible task in a morgue-like dressing room.
“Go out and win the second half,” Clerkin extolled over the airwaves during the break and The Nire almost did that, going down 0-6 to 0-5 against a Crokes side determined to end a 25-year wait for a second All-Ireland club crown.
Dermot Ryan, akin to John Mullane in the 2008 All-Ireland Hurling Final, tempered the Deise despondency via three fine second half points to add to the score he registered after 21 minutes.
Liam Lawlor, straightening up a line of running which had taken him too often away from goal in the opening 30, ran himself into the ground and kicked a fine point off his left foot prior to his late withdrawal.
Youth and experience added a half-dozen points to Crokes’ tally on a soft afternoon, as Pat O’Shea’s men ran up a score any hurling team would be proud of on a hard sod in July.
“You couldn’t take it away from them,” said a sanguine Benji Whelan of Dr Crokes at the end of a scolding hour’s football.
“They opened the gate in the first 10 minutes and there was no closing it after that. There was very little we could do. We were scratching our heads on the sideline. But in fairness to the boys, when we regrouped at half-time, we knew we were playing for pride, and I think in the second half, we played a bit of football…they kept working to the end and you can’t ask any more of a team in that position. And it was great to see that. It was heartening.”
Like the family member who holds it all together following a burial, Benji batted well for his boys in the wake of such a blitzing. A great club remains in fantastic managerial hands –and this defeat, while considerable, was not all-encompassing.