FAI Junior Cup. First Round
Portlaw United 2 St Saviour’s 0
Two sides who are expected to fight it out at the top of Division 1A this season put their league aspirations aside on Sunday last at the Paddock as they battled it out for a place in the second round of the FAI Junior Cup. After a tight game Portlaw United booked a place in the next stage, thanks to a goal in each half and in doing so they maintained their unbeaten record this season.
The home side went close after 13 minutes when Gary Morahan cracked in a free-kick from 25 yards but the St Saviour’s goalkeeper Trevor Ryan produced a fine save.
Five minutes later at the other end Brandon Mylett was just off target with a great effort from 25 yards. 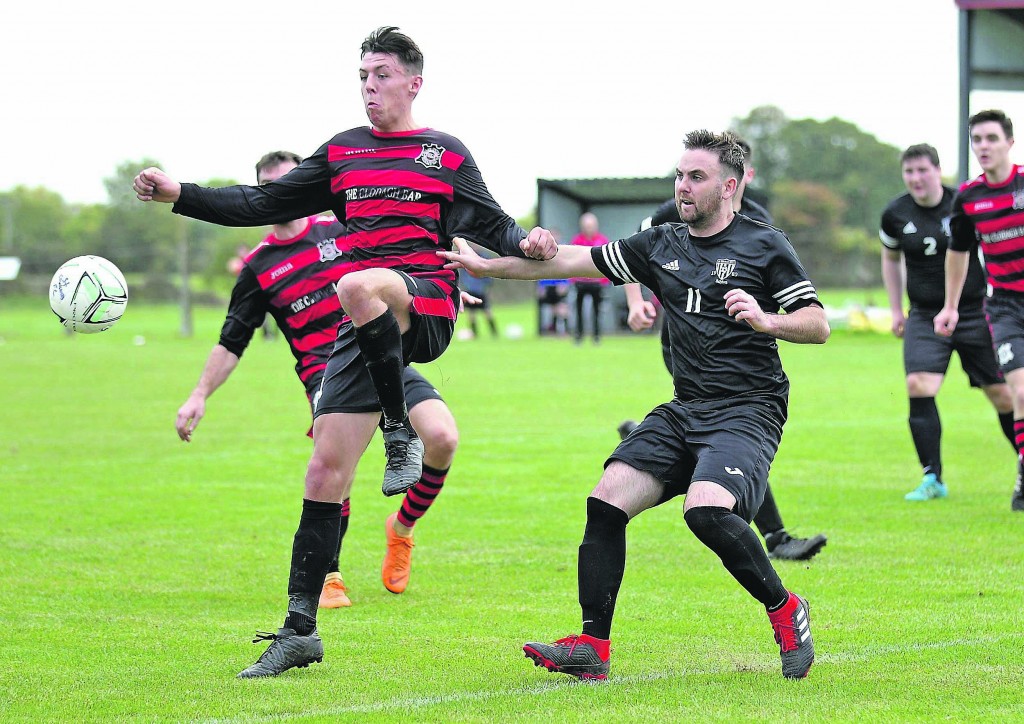 Two minutes later Mylett was back in the thick of the action, this time shooting from 30 yards but the Portlaw goalkeeper Mark Morahan dived to his left to turn the ball around his upright.
Dean Walsh was put clear on the half hour mark by Marcus Millea and a goal looked on but the Saints custodian Trevor Ryan came out to smother the ball.
Dean Walsh however was not to be denied after 39 minutes. His namesake Adam Walsh took a long throw-in out and when the St Saviour’s defenders failed to clear, Dean Walsh took full advantage and hammered the ball past Trevor Ryan from deep inside the 18 yards box.
St Saviour’s came out fighting after the change of ends and they began putting the home side on the back foot. Mark Morahan had to be at his best on 57 minutes to keep a cracking shot from Michael O’Brien out of his net. Two minutes later Mark Morahan was called into action once again. Stephen Dalton rose high to meet a cross from Brandon Mylett. Morahan tipped the ball on to his crossbar but the ball came back out and it struck the head of the Portlaw goalkeeper before it was cleared to safety by the home defenders.More pressure followed from the Saints but with one of their rare second half attacks it was Portlaw who sealed the deal on 84 minutes.It looked as if the St, Saviour’s defence had dealt with a long ball played forward by Alan Fitzsimons but when they hesitated Jordan Myler took full advantage and he gave Trevor Ryan no chance with a pile-driver from the edge of the penalty area. That goal guaranteed Portlaw their passage into the next stage of Europe’s biggest cup competition.