In a move that caught many by surprise Philip Mahony last week announced his retirement from inter-county hurling after 10 years as a member of the Waterford senior hurling panel.
He joined the panel in 2010 and made his debut the following year.
Mahony last lined out for Waterford in the Munster round-robin tie against Tipperary last June. However, a broken tibia, suffered in that game ruled the Ballygunner and Waterford defender out of the remaining two provincial ties of the 2019 championship. 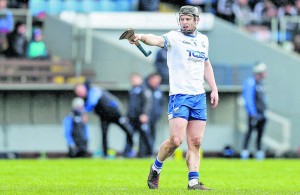 An established half-back, Mahony missed the 2013 campaign when he went travelling and in May 2014 he suffered a double leg fracture and a dislocated ankle in a club game with Ballygunner against Ardmore.
A two-time All-Ireland Colleges winner with De La Salle, Mahony returned to the inter-county scene in 2015 and enjoyed the best stage of his career under the then manager, Derek McGrath.
Mahony won a league medal in 2015, contested a pair of Munster finals with the county, played every minute of Waterford’s run to the 2017 All-Ireland final and accumulated a trio of All-Star nominations.
He has enjoyed huge success with his club Ballygunner and was co-captain of the team that completed six titles in-a-row last October. He also won a long-awaited Munster title in 2018.