County Under 19 ‘A’ Hurling Final
Ballygunner 2-22
Abbeyside 1-11
Ballygunner are County under 19 ‘A’ Hurling Champions for 2019 following their double score win over Abbeyside at the Saint Mollerans Grounds in Carrickbeg meaning that county championships at Under 13, under 15, under 17, under 19 and senior have found a home at arguably the strongest hurling club in the county in recent years.Jake Foley and Cormac Power hit early scores for the winners before Jake Foley netted the games’ first goal on three minutes. When the Gunners followed up with a brace of scores from Kevin Mahony and one each from Jack Pierce and Gavin Corbett the writing was on the wall for Abbeyside with just ten minutes on the clock. 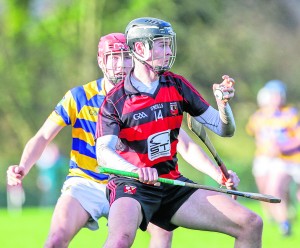 Jamie Walsh opened Abbeyside’s account on 13 minutes which was followed with Eoin O’Brien and Eoin Ahearne exchanging scores for their respective sides.The game was all over bar the shouting on 19 minutes when Kevin Mahony netted Ballygunner’s second goal which gave then an 11-points advantage.Jamie Walsh (x2), Ben Flynn, Willie Beresford and Kevin Mahony exchanged scores with time running out in the first half.
Eoin Ahearn netted a goal for Abbeyside in stoppage time when he cut through the Ballygunner defence to leave five points (2-8 to 1-6) between the sides at the break.
Any hopes that Abbeyside had of building on the goal before the break were well and truly dashed in the third quarter of this game as Ballygunner hit eight points without response.
Top scorer Kevin Mahony hit a hat-trick of scores in this time and there was one each from Cormac Power, Jake Foley, senior star Paddy Leavey, Jack Pierce and Gavin Corbett as they stretched their lead (2-16 to 1-6).
Ballygunner in the final quarter of this game continued to be the better of the two sides. Paddy Leavy and Kevin Mahony hit a brace of scores each and there was one each for Tom Gallagher and Eoin O’Brien, while Abbeyside had responses from Niall Buckley with a brace and there was one each for Eoin Ahearne and Jamie Moylan.