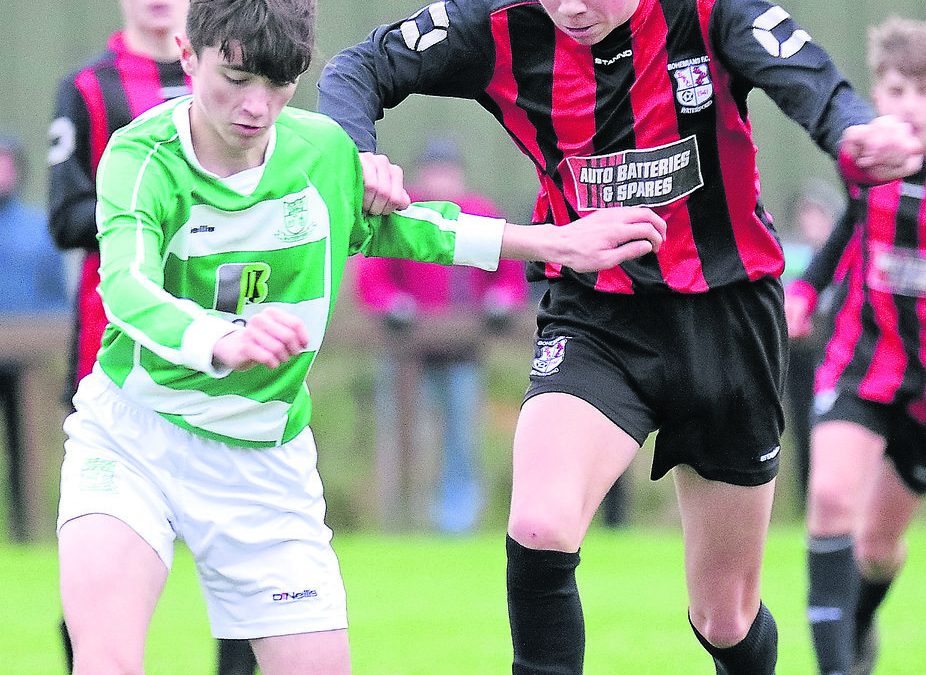 WSFL Under 15 A League
Villa 3
Bohemians 3
This top of the table clash in Connors Park on Saturday afternoon had it all and a draw was perhaps the fairest outcome. The result means that Bohemians retain their one-point advantage over the Villa with a game less played. Southend United are also very much in reckoning also following their 4-2 victory over Tramore.The hosts flew out of the traps and were leading two-nil inside the opening seven minutes.They went in front in the third minute when Jake Coffey played the ball down the right flank to Conor McCabe who crossed to the back post and Chris Kobiji was perfectly placed to crack the ball to the roof of the net.
Things got even worse for Bohemians when the Villa doubled their advantage on seven minutes. Evan O’Mahony sprayed the ball out to Conor McCabe who cut into the penalty area and unleashed a low shot into the far corner of the net. 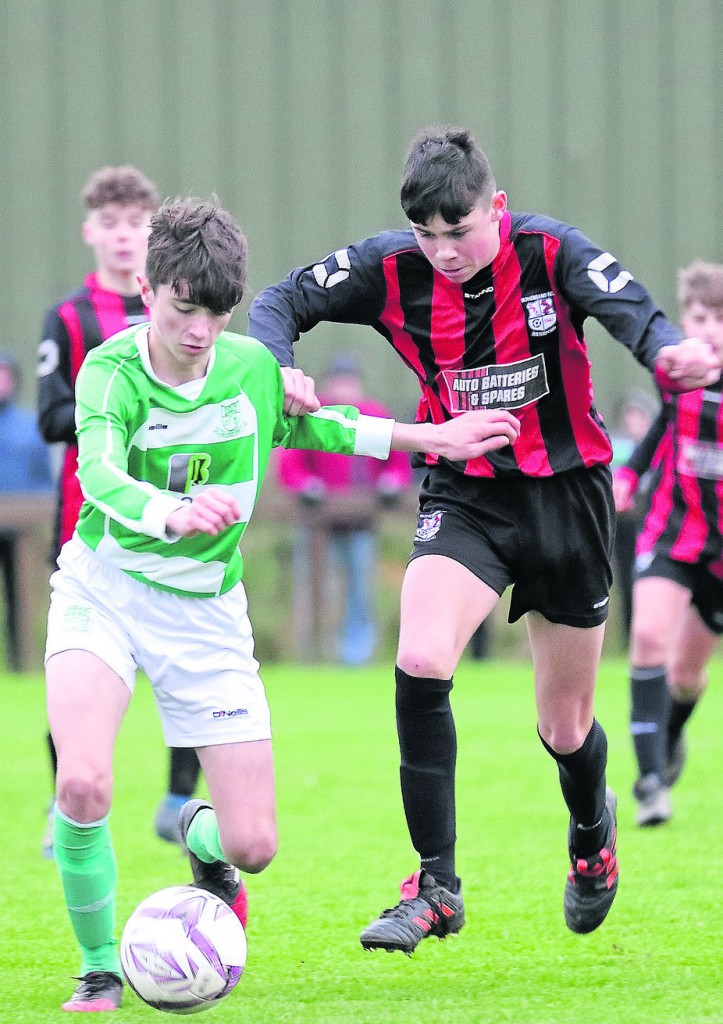 Bohs took over following those early setbacks and Davin Power was just over the crossbar after taking a pass from Conor Keane. The visitors then produced a delightful move on 18 minutes when Conor Keane picked out Adam Walsh, but he was just off target from 10 yards.
Joe Hogan in the Villa goal did well to keep out an effort from Conor Keane on 22 minutes. Hogan then prevented Alex Croke-Drohan from scoring shortly afterwards.
The Red and Blacks did however pull a goal back on the half hour mark and what a goal it proved to be. Davin Power won possession of the ball 30 yards from goal and his fierce right-footed strike simply flew into the Villa net.
Five minutes later Davin Power was on the mark once again, this time from the penalty spot. Joe Hogan was forced to take down Conor Keane and Power sent Hogan the wrong way from the 18 yards spot. Just like the first half there was an explosive start to the second period and again it was the Villa who scored two minutes after the change of ends.
Conor McCabe took a free-kick from 25 yards and the unfortunate Bobby Drohan dropped the ball underneath his crossbar.
Villa squandered a great chance after 43 minutes when Basit Ishola squared the ball to Josh Hegeraty but he scooped the ball over the crossbar from a great position.
That bad miss was to prove costly because Bohemians equalised once again in the 50th minute. Davin Power sent over a low cross from the right and when the home defenders failed to clear the danger Jack Douglas poked the ball home in what was a goalmouth scramble. Ramsay Miller, the Villa central defender was red carded after 64 minutes for a second bookable offence. Great credit has to go to the Bohemians players for displaying such character in what was an excellent contest.