‘Saggart Make It Through Munster Thriller 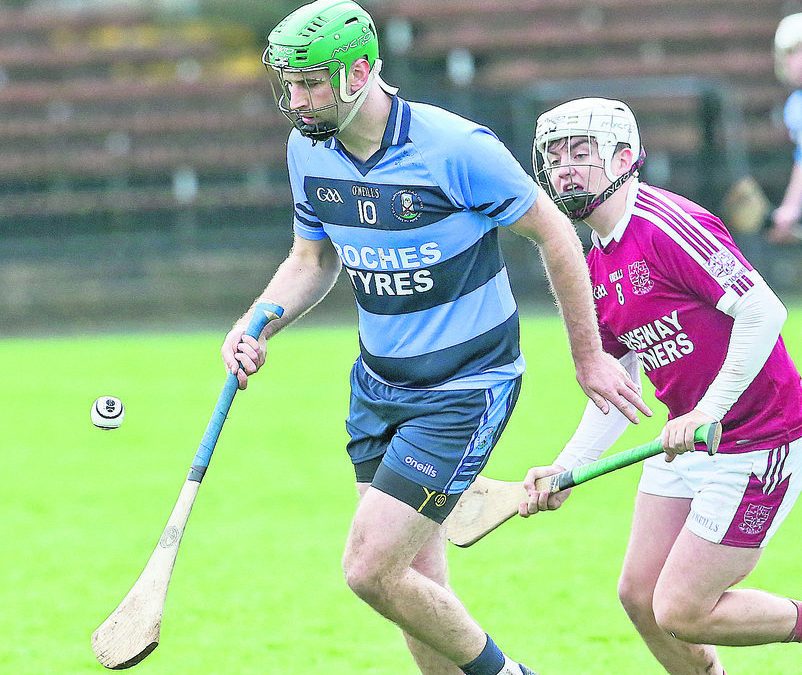 Munster Club Intermediate Hurling Championship Quarter-Final
Ballysaggart (Waterford) 2-14
Causeway (Kerry) 0-15
Jordan Norris Reports
Any myths surrounding the standard of hurling in Kerry as well as intermediate level were quickly dispelled, as Ballysaggart and Causeway contested a classic at Fraher Field on Sunday. The Kerry champions, who had seen off the heavily fancied Lixnaw in the county final a few weeks prior, refused to bow to their underdog tag, starting the brighter of the sides, with Gavin Dooley, Joseph Diggins and Brandon Barrett causing early problems for the Deise side. As the first half pushed on, buoyed by a ferocious atmosphere and home crowd, Ballysaggart began to exert their influence, pressing their opponents to an extent that Jurgen Klopp would have been proud of.
Inter-county star Stephen Bennett led the charges, as four white flags from him saw Saggart wipe out the Kerry side’s early advantage. Steven Mangan played in Kenneth Cashel who turned Muiris Delaney to point his first score, but while Ballysaggart dominated the possession, credit to Causeway they made the most of their opportunities, with Brandon Barrett consistently adding scores, and the Diggins duo of Jason and Joseph really impressing in the middle of the park. A wonderful score from the evergreen Kieran Bennett put Saggart ahead on the cusp of the half time whistle, but Joseph Diggins then added a well-struck third from play, before Bennett responded with another free, the sides level on eight points apiece with very little to separate them.
While the first half was entertaining, it proved merely a teaser of what was yet to come.
The clash burst into life at the beginning of the second half, Ballysaggart starting on the front foot with elements now in their favour.A ‘65 from Bennett got the ball rolling, before a mesmeric run from Mangan allowed him to square to Cashel who drove the sliotar beneath the onrushing John Mike Dooley to send the village into raptures.Causeway nearly found the perfect response, as Gavin Dooley danced through the Saggart defence, but Darren Meagher nipped in just in time with a tactical foul of the highest order, Barrett keeping the Kerry men in touch from the placed ball. 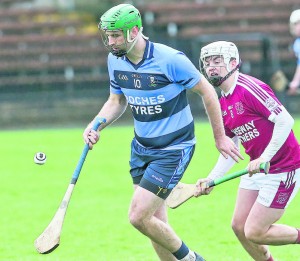 Goal chances continually came the way of Stephen Goggin’s men, but they failed to capitalise – a rasping effort from Colum Harty drifting over the bar, before a passage of play that was at times hard to fathom.
Substitute Tommy Casey had reduced arrears to just a single score, but a sumptuous piece of skill from Stephen Bennett saw him point way out the field over his shoulder, with brother Kieran then grabbing a fine point to restore the goal advantage.
Stephen might be more renowned for his attacking prowess, but his ability to mind the house and nip in where necessary at the back drove on his side tenfold, a point from Harty served as a reminder that the tie was far from finished. Some poor wides looked to have frustrated the Kerry outfit, but from a nothing ball over the top, a goal opening was created, Michael Ryan diving to make an incredible block to deny Barrett, the stop drawing applause from both sets of supporters.
Ballysaggart then burst down the field like a flying column, guerrilla warfare coming to mind as only moments later a loose ball found its way to Chris O’Gorman who sweeped the ball home to seemingly put writing on the wall.Barrett grabbed another from play, before the Saggart defence was unlocked. Joseph Diggins unleashed a rocket destined for the top right corner, but again gasps were drawn thanks to Ryan, who somehow sprung to deny the Causeway man’s amazing effort. Ronan Walsh broke downfield to restore the five-point gap, before Ryan again denied Barrett’s tame effort.
Some cause for concern arose for Ballysaggart as Shane Bennett was carried off clutching his ankle, they will be hoping he recovers in time for next week’s semi-final clash.A red card for sub Seán Leahy left Causeway with an even bigger mountain to climb, and as the task became more sizeable, tempers really began to flare.
Bennett drove home a free from miles out to add gloss to the scoreboards, but a brawl then broke out.
Players from both sides broke into a melee similar to those seen in the Rugby World Cup, with John Mike Dooley and Evan Murphy’s dismissals seeing Causeway down to 12, while Bobby Ryan’s role in the rumble saw him also receive his marching orders.
Johnny Murphy then ended proceedings, with scenes of jubilation erupting as the whistle touched his lips.
Ballysaggart deservedly triumphing on a scoreline of 2-14 to 0-15. It was a tough challenge by an impressive Causeway side, and Ballysaggart will do very well should they replicate this performance in the semi-final clash versus Seán Tracey’s of Tipperary.
So far, so good for Saggart.