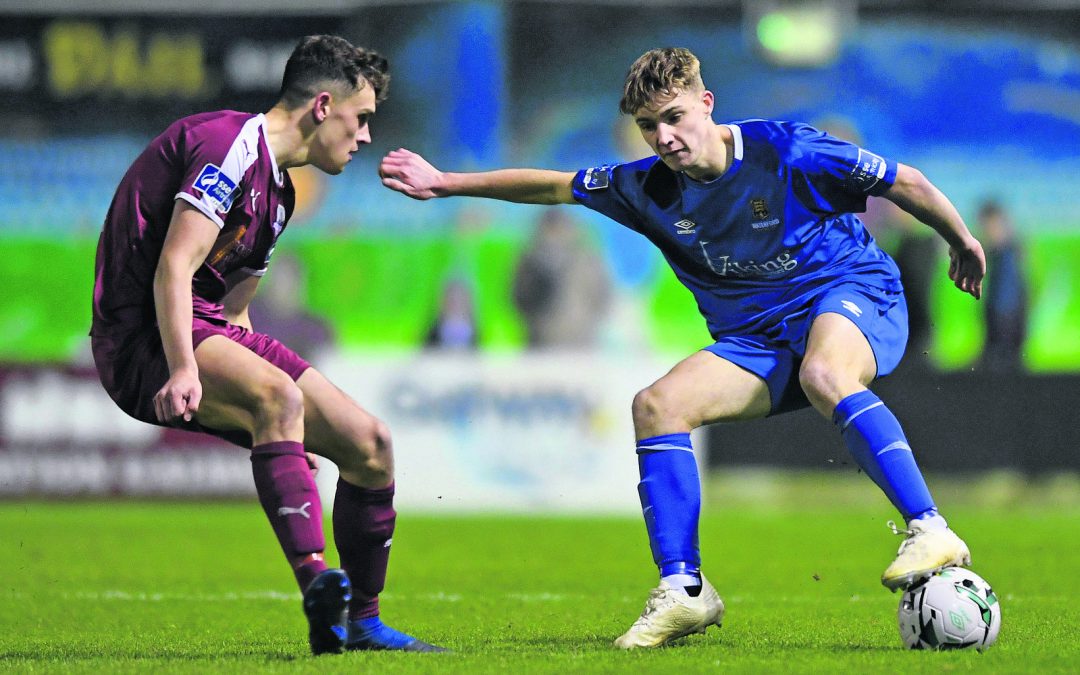 Under 19 National League Final
Galway United 1
Waterford FC 3
In front of a fantastic crowd in Eamonn Deasy Park (Terryland Park) Waterford FC lifted the All-Ireland National Under 19 League on Bank Holiday Monday after Darragh Power’s 80th-minute header sealed victory for Gary Hunt’s side. The Blues dominated the majority of the contest and could have been 3-0 up inside the first 10 minutes. 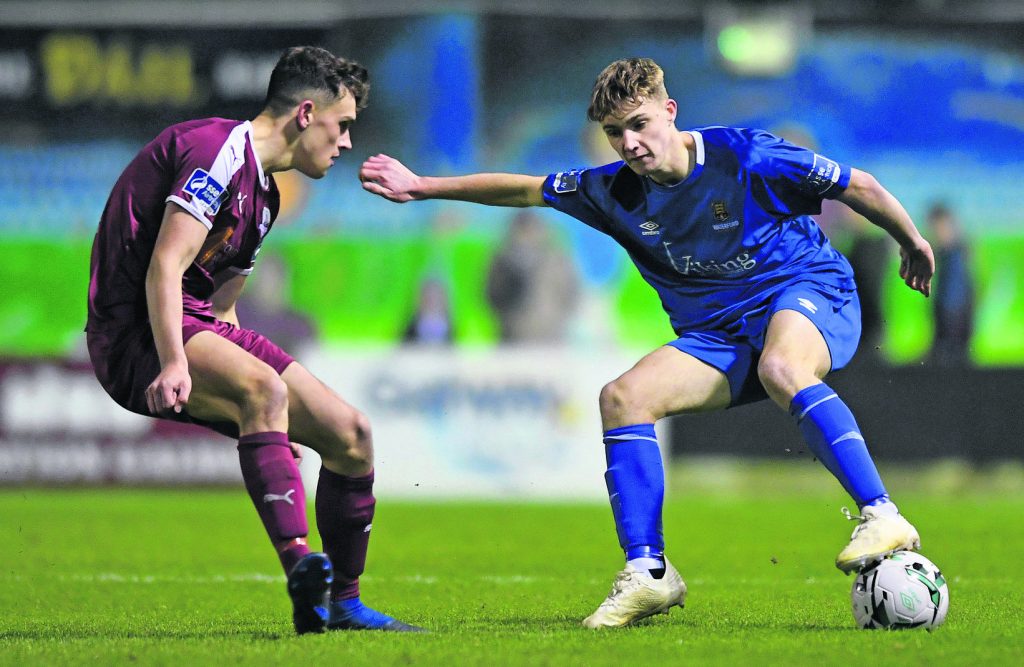 Cameron Power of Waterford in action against Dara Costello of Galway United.

Waterford finally did take the lead in the 11th-minute as the impressive Alex Phelan burst through to latch onto Niall O’Keefe’s through-ball and smashed the ball home inside the near-post.
The home side responded well and in the 22nd minute, they should have been level. The lively Francely Lomboto found Wilson Waweru 12 yards out but after he turned his defender, Waweru fired his effort straight at the keeper.
Encouraged by the 1063-strong Eamonn Deacy Park crowd, the Tribesmen continued to create chances after the break. Lomboto and Dara Costelloe were involved as their play found Waweru and his pass put Joshua Keane-Quinlivan in on the left but he fired straight at the keeper.
Phelan almost added another goal for the Blues in the 63rd minute after he latched onto a misplaced back-pass,but his effort went wide after he rounded the keeper.
Five minutes later, Galway were level. Lomboto was brought down inside the area and Keane-Quinlivan slotted home his penalty to the keeper’s right as the home side looked like they were going to press on for a winner.
However, Waterford showed the resilience which brought them to the final and went back in front with 10 minutes left. Dean Beresford’s corner found Darragh Power at the back-post and his looping header beat keeper Sam O’Gorman.
Two minutes from time, Phelan sealed the victory and grabbed his second of the game as he burst down the Galway left and from a tight angle, he slid the ball under O’Gorman to seal the U19 League title.